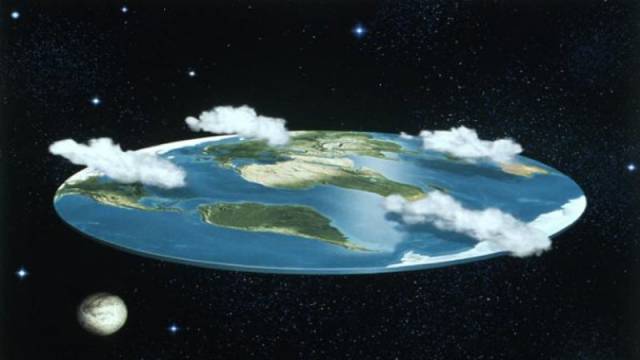 „Governments of the Industrial World, you weary giants of flesh and steel, I come from Cyberspace, the new home of Mind. On behalf of the future, I ask you of the past to leave us alone…We will create a civilization of the Mind in Cyberspace. May it be more humane and fair than the world your governments have made before“.

Declaration of the independence of cyberspace

„For me are working 80 trolls. They post comments under articles and run false profiles in Facebook. They work from home and have higher incomes than journalists“, said the owner of a PR agency says, without any discomfort. Clients of the specific PR service are companies, but mainly political parties.

“Hillary Clinton in 2013: ‘I would like to see people like Donald Trump run for office; they’re honest and can’t be bought“. Thise fake news apeared on a couple of websites, including ConservativeState.com, one of the best performing Macedonian fake news outlets. Later a site called WTOE 5 wrote: „Pope Francis shocks world, endorses Donald Trump for president“. Meanwhile days ago according to a fake news Starbucks is planning to offer discounts of 40% to undocumented American immigrants. The list of fake news is endless.

The phrase „a lot of people are saying …“ was very successful for Trump’s campaign to promote controversial idea, tabloid gossip and conspiracy theories agains opponents. And now as president of the United States, he pointed to the mainstream media, such as The New York Times, NBC News, ABC, CBS and CNN as the enemy of the American people, deliberately contributing to the growing mistrust of the media.

The Declaration of the independence of cyberspace by John Perry Barlow is not adequate anymore. The question now is how the media empire will strikes back to adapt to the latest version of cyberspace.

Trust and transparency were major topics of discussion at Global Fact 4, the annual summit of fact-checkers around the world that took place July 5-7 in Madrid, Spain. While it would be easy to target the United States and its 2016 election as the epicenter of distrust in the media, panelists at Global Fact 4 proved it is a worldwide issue.

Numerous media organizations throughout the United States are already engaged in fact check journalism like FactCheck.org, PolitiFact and The Washington Post Fact Checker. One of the most famous is The International Fact-Checking Network (IFCN) – a forum for fact-checkers worldwide hosted by the Poynter Institute for Media Studies. At the beginning of February Le Monde launched Decodex, a web platform that will allow readers to check wether a website is reliable or not. The team has created a Chrome and Firefox extension that will alert readers when they come across false or unverified stories, powered by a database of 600 websites that are considered unreliable. But more important are the measures of the social media platforms and Google.

„With thousands of new articles published online every minute of every day, the amount of content confronting people online can be overwhelming“, wrote Justin Kosslyn is the Product Manager at Google in April. „And unfortunately, not all of it is factual or true, making it hard for people to distinguish fact from fiction. That’s why last October, along with our partners at Jigsaw, we announced that in a few countries we would start enabling publishers to show a “Fact Check” tag in Google News for news stories. This label identifies articles that include information fact checked by news publishers and fact-checking organizations. After assessing feedback from both users and publishers, we’re making the Fact Check label in Google News available everywhere, and expanding it into Search globally in all languages“, he added.

Days ago the founder of Facebook, Mark Zuckerberg announced more about how the social platform will support journalism: „As more people get more of their news from places like Facebook, we have a responsibility to create an informed community and help build common understanding. To be a better partner to the news industry, we started the Facebook Journalism Project“. Facebook will work more closely with newsrooms to develop products like Instant Articles and tools for journalists to report their stories. Facebook is working with publishers, researchers and universities to help people become more informed about the news they read online. „We’re going to test new ways to help news organizations grow their subscriptions. If people subscribe after seeing news stories on Facebook, the money will go directly to publishers who work hard to uncover the truth, and Facebook won’t take a cut“, announced Zuckerberg. Facebook plans to start with a small group of U.S. and European publishers later this year and is also making an update to help more people see where the news they read on Facebook comes from. When people search for an article they’ll also see publisher logos next to the article. „We’re going to keep experimenting with different ways to support the news industry and make sure reporters and publishers everywhere can keep doing their important work“, added Zuckerberg.

Тhe most interesting of the saga is yet to come. Stay tuned!