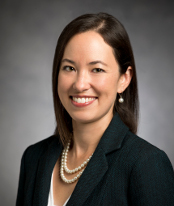 The daughter of ethnically Chinese and European parents, Lydia Lui began working as the Deputy Program Director of the World Press Institute in May 2018.

Lui is passionate about making the world a better place and frequently works pro bono for WomenVenture, a nonprofit that provides women of all ages, cultures, races and income levels with the tools and resources to achieve economic success through small business ownership. She also serves as a Board Member for the Saint Paul Chamber Orchestra.