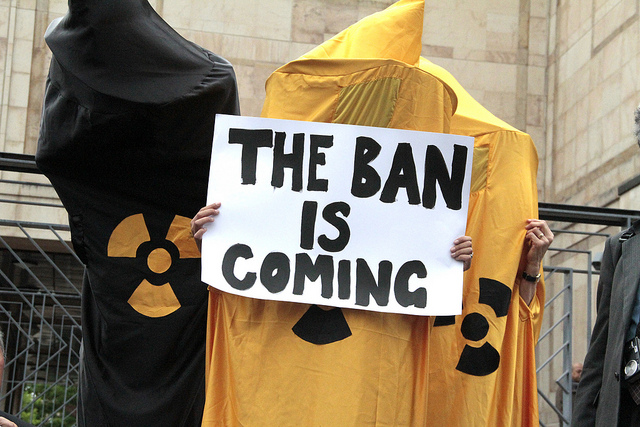 Can a Nobel Prize rewind the nuclear clock?

As world leaders speak recklessly about a nuclear threat, the clock is ticking against the world. It is now close to midnight. And it is getting closer. Tick tock! There are only two minutes and 30 seconds to convince them their strategies are wrong. Why not try a Nobel Prize to help persuade presidents and dictators around the globe and draw attention to the issue?

The clock has been running since 1947, as an attempt to show in more concrete terms the threat that the world might be decimated in the event of a nuclear war. It was created by the Bulletin of The Atomic Scientists, formed by members of the team that integrated the Manhattan Project, the first successful effort to create the atomic bomb by the United States.

The closer it gets to midnight, the more dangerous the situation is. The timing is just a reference to express the sense of urgency when the threats rise. In more than 60 years, the clock has moved in both directions. The farthest was 17 minutes to midnight, in 1991, with the end of the Cold War and the advent of the Strategic Arms Reduction Treaty, that helped reduce the stockpile in the United States and Russia. The two countries are still the major nuclear players in the world. The closest it has ever been to midnight was two minutes, in 1953, as both Americans and Russians endured tests.

Where are we now? Two minutes and 30 seconds to midnight. Or just 30 seconds behind the worst scenario ever. As the board of directors that weigh the facts, data and analyses to determine the yearly move on the clock prepare to meet in November, things don’t look too well in the nuclear arena. The threatening tone is rising throughout the world. 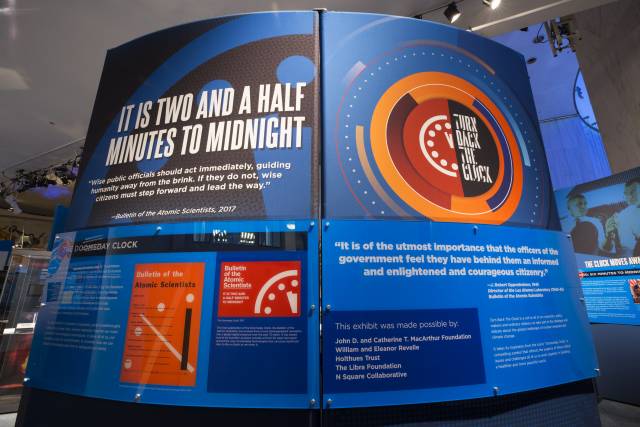 “North Korea’s reckless pursuit of nuclear weapons and ballistic missiles threatens the entire world with unthinkable loss of human life,” said President Donald Trump in a recent United Nations speech. “The U.S has great strength and patience, but if it is forced to defend ourselves, we will have no choice but to totally destroy North Korea.”

The response came just as fiercely. “We will consider with seriousness exercising of a corresponding, highest level of hardline countermeasure in history,” said Kim Jong-un, North Korea’s leader.

The rise in threats are not limited to these two countries. Experts say there are more investments taking place around the globe, from Russia to China.

“Most countries are modernizing their nuclear arsenal,” says Rachel Bronson, the executive director of the Bulletin of the Atomic Scientists. “Not only for safety, but also for strategic reasons.”

In a situation when they are ready to “pull the trigger,” words matter and expertise matters, she adds.

It is not only about words. More countries that are not nuclear powers today are moving to become one. The United States is also preparing to unravel the Iran Nuclear Deal, which could create a new source of tension.

Amidst multiple recent identified concerns, hopes of pushback in the escalating nuclear tension grew with the announcement of the Nobel Peace prize, awarded to the International Campaign to Abolish Nuclear Weapons, a Swiss-based group of disarmament activists. They played a relevant role in creating a new global treaty to ban nuclear arms.

The document was opened to signatures in the United Nations in September. Around 120 countries have agreed with the document and more than 50 have signed already. That does not include major nuclear powers, such as the United States, that claims the 49-year-old Non-Proliferation Treaty (NPT) is enough to prevent the world from such threats. The Nobel Prize highlights the opposite idea, endorsing the non-nuclear countries argument’s that until today the armed nations have failed to give up their nuclear programs. While it is not clear if the prize is going to be enough to bring nuclear powers to agree with the ban, it is a new public embarrassment for countries that still rely on them as a necessary military resource.