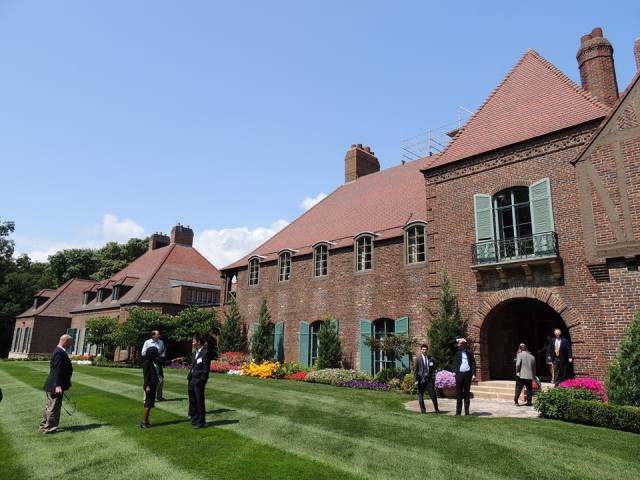 Was Cargill transparent when dealing with me as a journalist about the land-acquisition political storm the company is involved in Colombia?

I was not aware that Cargill was a sponsor of the WPI fellowship until the moment David McDonald announced they would be our first corporate visit in the Twin Cities. That meant that Cargill was supporting the programme I was attending, while at the same time being involved in a massive scandal back in my home country related to land acquisition. “What to do? What to do?”, I wondered.

During lunch at Cargill, the man who sat next to me was Mark Murphy, assistant Vice President of Corporate Affairs. He began talking about the land purchase issue and I played along with him for a bit, pretending I knew nothing, to see where he was going. In July, according to Time magazine, Cargill had not yet “confirmed nor denied the company’s ownership of the land in question”, and here was Mr. Murphy, confirming that Black River (Cargill’s subsidiary in Colombia) had purchased almost 60,000 hectares of former vacant lots in Colombia.

Quick reminder: the controversy lies in the fact that, according to Colombian laws, there is a limit on the amount of former vacant lots a private entity may own – these lots have previously been given by the Government to landless peasants. The discussion is whether or not Cargill exceded that limit, and if they did, how they manage to do it.

Mr. Murphy then summoned another woman (whose name slips my mind) and Lori Johnson, Cargill’s director of global communications. They said they could talk to me straight away, and that I could go back to Saint Paul in a cab later on. I said “no, thank you, we should schedule the interview later on, a cab would be too expensive”. What I meant was: “There is no way I’m doing such an interview without being fully prepared”.

I went back to my room and read as many articles and blog posts as possible that had been written on the topic. I re-read the arguments that have been employed in Colombia to either support or accuse Cargill. I then asked for an interview and the stage was set. Some days later on, when I arrived in Cargill, their president David MacLennan and Lori Johnson met me. Lori told me I had 30 minutes to carry out the interview. Nonetheless, it did not last any longer than 14 minutes.

The reason for its briefness was that once I started asking Mr MacLennan about the details of the transactions of the purchases in Colombia he claimed not to know those details. He said: “Sorry, I didn’t know that’s where you wanted to go”. However, Cargill’s director of global communications, Cargill’s assistant Vice President of Corporate Affairs and the woman whose name I seem to have forgotten did know where I wanted to go. Thus it was very difficult for me to understand how come Cargill’s president did not know. 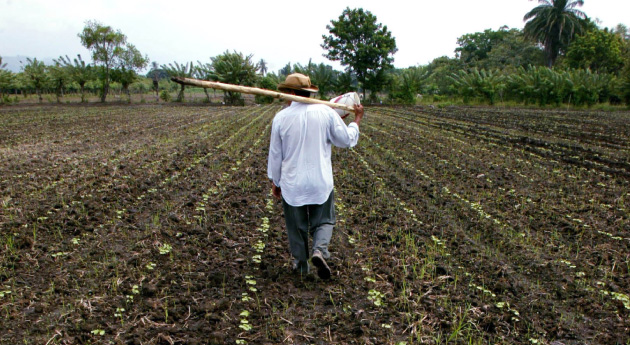 Colombian authorities have still not determined whether Cargill committed irregularities regarding vacant lots that used to belong to peasants.

MacLennan did seem willing to talk, but only about the benefits of the agro industrial project that Cargill is setting up in the south east of Colombia, where Black River bought the controversial plots of land. I told them that it was not the agroindustrial project but the purchase of thousands of hectares that had unleashed a political storm in Colombia. “So you are more interested in the means than in the ends”, MacLennan said to me. Well, the means were just as important as the ends, I thought.

Given that I was not obtaining the information I was seeking after, I suspended the interview and asked MacLennan to authorise Black River’s delegates to talk to me. He agreed, said goodbye and left the room. I asked Lori Johnson if I could get in contact with Black River’s people, and she said the best way to do it was via email. She also asked me to take into account that Black River was a private fund regulated by the Securities and Exchange Commission, meaning they would probably avoid some questions related to their business.

Interviewing someone through third parties via email about a complex matter poses a huge problem for the journalist: there is no way to confront the interviewee or to ask for clarifications. After Black River’s response I had fresh doubts. I asked Lori if I could be put in contact with them again but she said it would not be possible.

The reason for my detailed description of what has happened behind-the-scenes of this issue is because those are the arguments I will use to sustain that, with regards to the lands affair in Colombia, Cargill did not pass the transparency test:

* Cargill’s president did not have the information I was looking for, despite the fact that I had talked to three of his employees beforehand and the only issue I had discussed with them was the land acquisition issue.

*The most important questions for my article had to be sent via email, through a third party, to people I did not know.

*Because of the email dynamic, I was unable discuss with them relevant concepts they coined such as “a standard business model” or their interpretation on the 160/1994 Act, which was crucial for the article.

I felt immensly grateful for the opportunity I was given to talk to David MacLennan. I will also admit that Cargill and Black River did provide me with some useful answers. They were always nice to me, too, and were willing to talk to me. However, the way I see it, transparency is not about being nice to a journalist, but about being willing to discuss the details of a controversial issue. Of course they have a right to speak their minds and to sustain publicly that they think they did no wrong. But that is the thing about transparency: it requires more effort than claiming no harm was done.