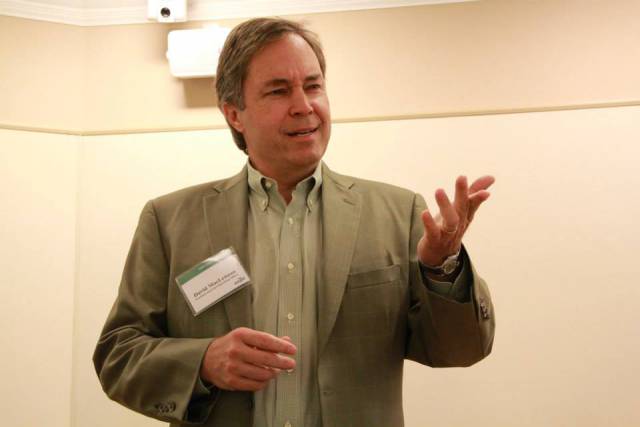 Let’s see what Cargill people think “transparency” is about.

Thank you very much for having us on Thursday morning in your mansion. Lunch was good, the fruits were tasty (particularly the strawberries and the pineapples) and the people were delightful. We can all see your business is doing very well, after all, as you highlighted, you earned USD $136,654 million last year from sales and other revenues! And USD $133,859 the year before! All this, whilst your operations and transactions – as you claim – were carried out as ethically as possible.

However, my dear WPI fellows, nor David MacLennan nor Mark Fernandez mentioned the controversies Cargill is involved. Perhaps they are not that many but, for sure, there is one major scandal taking place right now, related to the fact that Cargill has acquired thousands of hectares in south Colombia.

Before you guys keep on reading, there are some arguments or facts I would like you to bear in mind:

*According to the United Nations Development Program, 52% of Colombian lands belong to 1.15% of the population. Meaning: we are the best at denying our citizens access to land!

* In 1994, the Colombian Congress, fully supported by the government, passed Act 160/1994as they intended to prevent further land inequalities. Act 160 was helpful to allocate vacant lots (which belong to the State) to peasants. Later on was decided how many hectares the peasants were entitled to, depending on the region the lot is situated (in regions with more productive lands, peasants may receive fewer hectares).

*The unequal possession of the land is a structural cause of the Colombian internal conflict. (This is an essay in Spanish regarding the problematic history of land in Colombia). 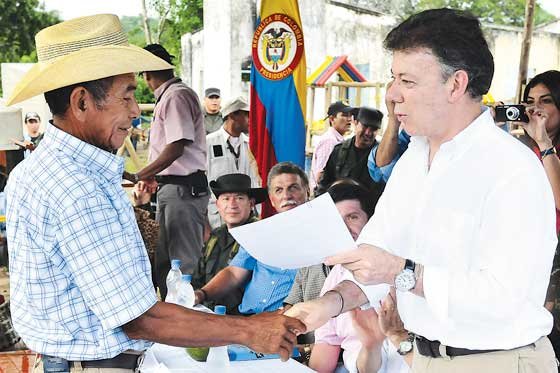 This is information is relevant because Cargill, as Mark Murphy (assistant Vice President of Corporate Affairs) confirmed to me at lunch time, has acquired thousands of hectares in Colombia. Murphy pointed out the amount would be circa 60,000 hectares; the media has provided different figures that go from 26,000 hectares to 130,000 hectares, this is to be proven. What draws my attention even more is that Cargill, as Murphy admitted himself, is not usually in the land-buying business. It was an investment project, Murphy said.

On the other hand, Time’s John Otis argues that this is what actually happened:

“Investigations by the development organization Oxfam and by Colombian lawmakers show that Cargill’s Colombian subsidiary Black River Asset Management set up 36 shell corporations to make dozens of small land purchases that, individually, did not violate the legal limit. The end result of these transactions, according to the investigators, is that Cargill now own 129,857 acres in eastern Vichada department where it grows corn and soybeans”.

One more thing: Cargill, as Colombia media has already reported, acquired the land that has been questioned with legal counselling from a reputed law firm: Brigard & Urrutia. Carlos Urrutia was appointed by president Santos to be the Colombian Ambassador to the U.S. but on July 23, 2013, he resigned due to this political storm that involves other companies besides Cargill.

I am not sure if I have made myself clear so far, because it is such an entangled issue. In my personal opinion, Cargill has a lot of explanations to give and plenty of queries to solve. Dividing the possession of the land into a handful of societies, as Cargil did, seems like a sophisticated plan that surely arises questions.

This post’s name is “Let’s test you, Cargill” because that is what I want to do: test this profitable company whose executives told us repeatedly that transparency is very important to them. They claimed to be proud of their second guiding principle: “Conduct business with integrity”. Therefore, they will only pass the test if I am allowed to interview one of their spokepersons. I have already requested, they expressed they are willing to have a “more formal conversation with me”. I want Colombians to know their side of the story, but most of all, I wan them to answer so many doubts I already have about their conduct. So let’s see if when Cargill people say “transparency”, they really mean it.