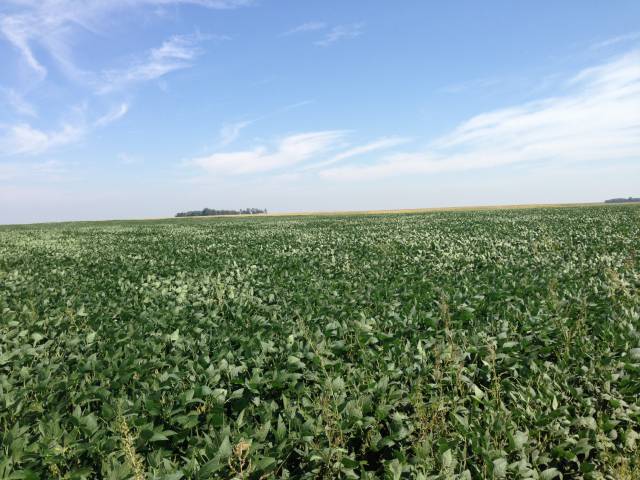 “That’s the way it is”: a phrase that should be deleted from our vocabulary.

The following conversation took place in the morning of Aug. 26/2013, inside the scoopmobile, between myself and Fu Tao, our Chinese colleague.

-Diana, is it cheaper to grow soybeans and corn in the U.S. or in Colombia?

-Definitely, in the States

-Plenty of reasons. Mainly, because American farmers are heavily subsidized by their government. And also because American infrastructure, with its roads and rails, is far better than ours. Thus, when you go to the market, you’ve got two choices: buying the American product, which will cost $1, or buying the Colombian product, which will surely cost $3. Guess what consumers pick in the end

-Then why don’t you advise yout government on building roads and trains to make Colombian farmers’ products cheaper?

-Then why won’t they do it?

-Do you have democracy in Colombia?

-We proudly claim to be the oldest democracy of South America.

-Then why do you keep voting for the corrupts? 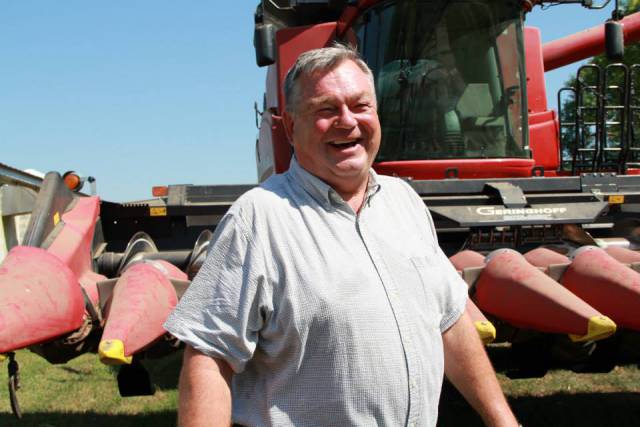 Sander Ludeman was awarded the Siehl Prize for Excellence in Agriculture for his contribution to the soybean industry.

The day before that conversation took place, the WPI 2013 fellows visited a few farms near Tracy, a tiny town located in the southwestern region of Minnesota. The first one was Sander Ludeman’s, who kindly led us into the world of the Genetically Modified Organisms (GMO) food. The temperature was roughly 90º F, which explains why the following conversation took place inside the house that he and his wife built in 1994.

– Sander, do you have to use certified seeds? I mean, are you obliged by the U.S. law to do so?

-Well, we don’t HAVE to. But it’ll be very difficult for you to find an organic farmer nearby. There is one who still grows organic products, his farm is half the size of mine but he sells for twice the price I do.

(At that time, I did not know that organic farmers in the U.S. fear that GM crops may contaminate the purity of natural crops and that they are trying to introduce testing requirements over biotech developers).

-If you grow natural seeds, you can keep’em for your next sowing and it’ll be fine. But if you grow certified seeds, you have to buy them from the companies that have patented them, mainly Monsanto. Recently a folk from Nebraska was fined, I think it was US$80,000, because he kept some of the seeds for the next sowing. You can’t do that with patented seeds, and Monsanto folks keep very strict controls on the farms. If they realise you have used a patented seed of theirs, they’ll demand to see a receipt of the purchase. They’ll want to know that is not a seed from a past sowing.

-(Me) Colombia recently signed a Free Trade Agreement with the United States. Due to that FTA, Colombian peasants have to use certified seeds if they want their products to compete in U.S. markets. They are not allowed neither to keep certified seeds for their next sowing, which they barely understand because that’s what they’ve traditionally done for decades.

-And Monsanto also sells the roundups and the fertilizers. Doesn’t it bother you that you have to buy everything you need for your crops from the same company?

In Colombia, if a politican steals money from public funds, an official is bought off, or your mobile phone is stolen because you were taking a call on the street, you’ll hear a phrase that captures the same idea: “Well, this is Colombia”.

Those are the forbidden words. When you think something is the way it is, you refuse to believe that things can change and that you can be part of the change. Luckily for us, the Colombian people, thousands of peasants (most of them poor) refuse to accept their reality. Let me put it like this: in the last two centuries, almost every decision made by the Colombian government has meant to favour solely our wealthy citizens. Those who had land, now have more land. Those who had means, now have more means. And “those” are never the peasants. The FTA with the U.S. poses a serious risk on Colombian campesinos (our word for the people who work the land) because buying certified seeds for every sowing does not rhyme with their financial situation.

Luckily for us, journalism is alive. A few weeks ago, a documentary which denounced the effects of the FTA on the agricultural sector became viral. Given some peasants organisations had already decided to go on strike, the documentary became a tool for city dwellers (about 70% of the entire population) who have also gone viral on expressing their support towards peasants and their claims. Why are our peasants practically being forced to buy patented seeds? Is that even constitutional? Such questions started to arise.

One day before we left to Tracy, Juan Manuel Santos, the Colombian president, wrote this tweet (this is my translation):

“The so-called national agricultural strike does not exist”.

And this is what one Colombian caricaturist replied: 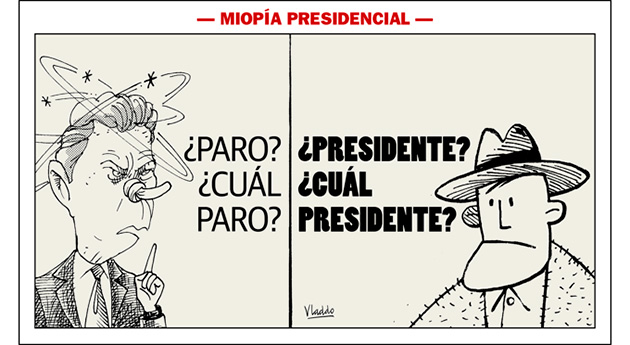 Santos’ words just provoked more anger among those who were already angry and disappointed at the government. Thus, the peasants decided to show the president that there was a strike, and it was national, and it was real. That’s when Colombian campesinos and citizens made history and joined  the fashionable Latin American way to tell their president that he.. well, that he is not welcome: the “cacerolazo”: people protesting whilst making noise with a pot in their hands. It’s been widely used in Argentina and Venezuela! 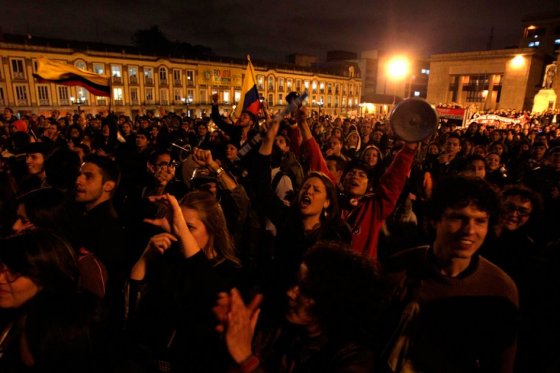 On the night of August 26 2013, the Colombian media reported that circa 5,000 people stood in front of the Congress and the presidential palace to protest with pots. /Photo: EFE

What did Santos do? He agreed to negotiate so the strike (the same strike he claimed was nonexistent) would end. Will this be the end of the conditions that led to this national strike? Most likely not. However, what have Colombian peasants taugh us? That the axiom “that’s the way it is” must be banished from our vocabulary. Things can change, but we must help a bit to get there.