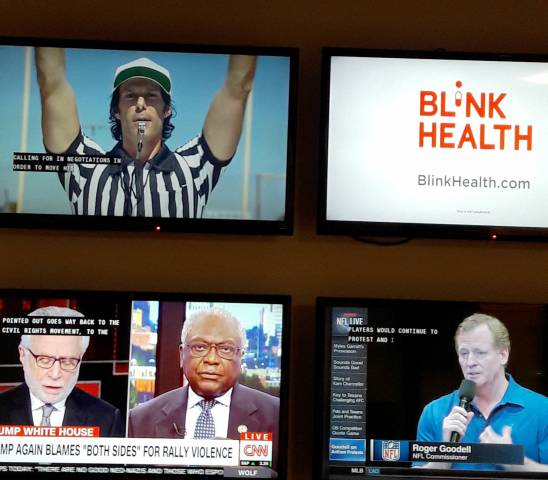 Have you ever heard of this? Let’s put 10 journalists from all over the world in a van, and let them drive around in the United States. Give them an assignment to figure out how the business of journalism is doing at “times like this”.

This is only a starting point, and it is happening here, right now. And you, our friend, old or new – are welcome to follow this journey!

We will update this blog frequently, so please watch this space or subscribe for updates on the World Press Institute webpage. After a week in the Twin Cities, these are top 3 observations.

1. Everything is Normal and That’s an Illusion

“I am not afraid, even if there is about four bomb attacks in my home town each month.” This is how one fellow is dealing with a never ending terrorism in their country.

We were expecting this, says a local in Barcelona, Spain, where the latest van attack possibly by ISIS took place on Thursday.

And here, people have accepted extensive security measurements, for example, at airports. Be ready to show your passport and explain your background multiple times (and that is many!) before entering the plane to the U.S.

We know how to adapt to changing circumstances.

Here, large still is the preferred size in houses, cars, milk cartons – you name it, and know it.

Instead, we should talk about the overwhelming American hospitality. I rarely have met people with so warm and big hearts – and worried about their country.

3. So, How About the New Administration?

Another fellow pointed out that when meeting the locals, after only a couple of minutes into the conversation politics come in. Most will point out that they voted for Hillary, or did not vote at all.

As foreigners, our (most valued) role is to provide consolidating words: You’ll be all right (whatever that means), remember checks and balances, just inhale and eeeexhale.

Meanwhile, maybe someone, somewhere is trying to find ways to unite (whatever that means) this country. That goal thus seems far away – earlier this week one lecturer strictly refused to use the name of Mr. Trump, and referred to him as “our 45th president”.