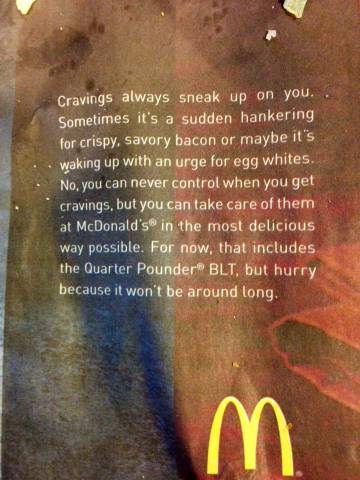 Eschewing Subway and Lovin’ It

In the immortal words of Mae West: “Between two evils, I always pick the one I never tried before.”

So it was — offered the choice en route from Tracy to the Twin Cities of Subway or McDonalds — I went for the latter (together with four kindred Fellows) … a culinary dive into the deep-end to assess for the very first time the GMO delights of Maccas U.S.-style.

Tray placemat auto-suggestion: A* for mastery of the first rule of business: know your customer. Word-for-word, Maccas is on the money: the payoff line’s altogether Zaraesque: all for a “limited time” so don’t miss out!

I eschewed the pseudo-healthy QP-BLT option and chose the greasiest combo possible: Big Mac, fries and a vanilla “shake” … 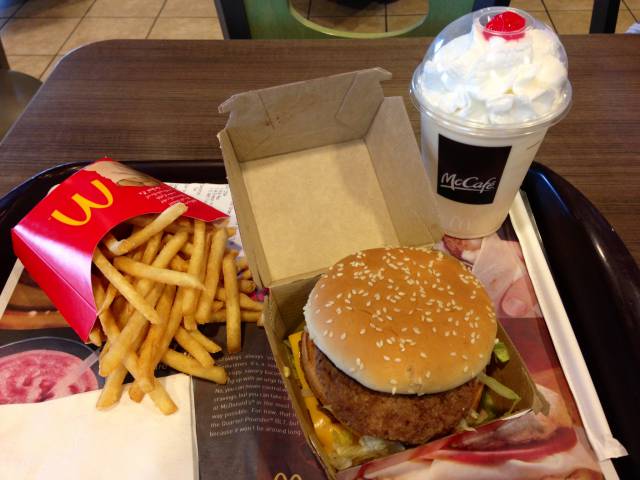 The packaging though was truly egregious. Having opted to eat-in, my burger came housed in a box of corrugated-cardboard-proportions. Deforestation patently on display for no justifiable reason.

Fries come in for some criticism too. IMO they langished in the trans-fat deep-fryer for probably two minutes too long … ketchup rescued them from abject failure status — but only just. Salt quotient a little too lite-on alongside.

Vanilla shake proved the surprise hero of the “meal”: as the underage(?) servery boy prepped mine, I thought for a minute he’d muddled my order and was making a sundae instead: the shake came garnished with lashings of faux creme and a cherry on top — something we’re not served Down Under. Turned an otherwise so-so swill into a joyously-cloying cocktail of goo … 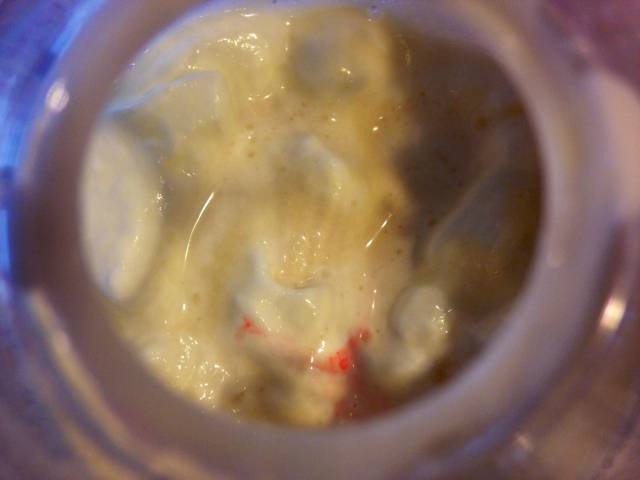 All that for under a tenner … The U.S. is masterful at reinvention but some things deservedly don’t change.