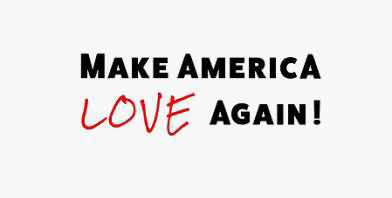 Forward, with or without Washington!

As the federal government steps back in certain areas, like climate change and protecting and enforcement civil rights, we will continue to see city attorney generals and city attorneys stepping in and filling that vacuum“.

The words belong to Edward Siskel from the Chicago Corporation Counsel. One of the main court cases for him and for Chicago currently is the lawsuit of the city against the U.S. Department of Justice. The case is only one of many in which local governments are opposing federal authorities, during Trump’s presidency.

Earlier this year, the Department of Justice announced new restrictions on federal grants related to „sanctuary cities“, i.e. the cities that are protecting immigrants by refusing to allow police to detain people based solely on immigration status. The grant that the Trump administration is starting is The Byrne Memorial Justice Assistance Grand, a fund focused on public safety. The money is given based on population and crime rates to help cities fight crimes.

Chicago has applied every year since the program started and had used the funding for police equipment. For the first time, the justice department dictated, if Chicago wants the $2 million grant, the city must agree the following: 1. Allow Immigration and Customs Enforcement (ICE) agents full access to jails; 2. Give ICE 24-hours notice before releasing someone from jail, so ICE can elect to take the person into custody; and 3. Share intelligence information with ICE upon request.

Siskel said the counsel sees these requirements as fundamentally undermining Chicago’s principle of creating a welcoming environment for immigrants. In addition, he says such requirements will undermine the ability of Chicago police officers to successfully build relationships with immigrant communities – a practice that historically has helped thwart crime.

“People will stop reaching out to the police to report crimes,” he said, if they fear exposing themselves, neighbors or loved ones to deportation. “These federal ideas create an atmosphere of fear and suspicion that undermine our public safety efforts.”

Similar examples can be found in other „sanctuary cities“. In Denver, for example, the fear of deportation, caused at least nine victims of domestic violence to withdraw, reports they had filed, said Attorney General of Denver, Kristin Bronson.

Chicago filed the lawsuit against the U.S. Department of Justice to challenge the new grant rules in part as a matter of principle and precedent. Likewise, experts say the federal government under Trump is using this as a test case. If the federal government is successful in defeating the Chicago lawsuit, experts say Trump and his administration will expand this policies to other grant programs.

Chicago attorneys claim the restrictions violate the U.S. Constitution, and they are asking for a nationwide injunction. The Court of Chicago ruled in their favor and now the city attorneys and preparing for the appealing process.

Chicago is not alone. The case is supported by 37 cities, counties and organizations – raging from small to large, and including New York City, Los Angeles, San Francisco, Tulsa, Ok., Austin, Texas and Denver.

This lawsuit is just one of many that cities are launching against the Trump administration’s new policies that arguable threaten the civil rights of immigrants and others. For example, at least 15 states sued the federal government’s decision to end DACA (Deferred Action for Childhood Arrivals) and the State of California has a lawsuit against Trump’s plan to build a border wall between the United States and Mexico.

In addition to immigration, cities and state authorities are standing up against other controvercial policies and proposals of the Trump administration. California Gov. Jerry Brown and the former Mayor of New York City Michael Bloomberg, launched a new plan, America’s Pledge, for the United States to fight climate change. This initiative aims to keep greenhouse gas emission standards in line with the goals outlined in the Paris climate agreement.

The organzation plans to represent the United States unofficially in the next United Nation’s climate conference as an independent envoy. „Today we’re sending a clear message to the world that America’s states, cities and businesses are moving forward with our country’s commitments under the Paris agreement — with or without Washington, said Gov. Jerry Brown in the summer, wrote The New York Times.