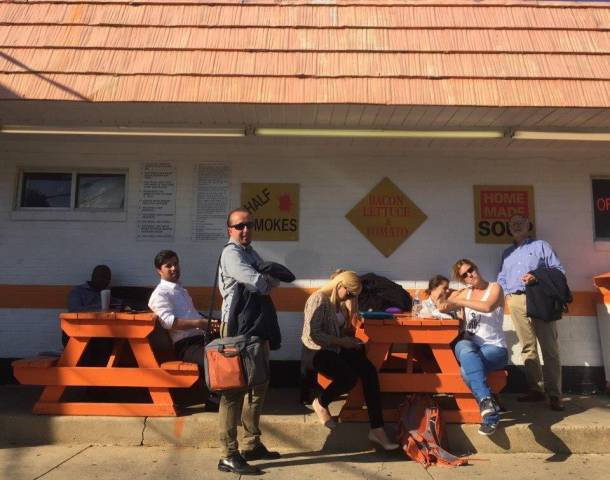 In the ghost town

During the last two weeks we have been studying a most interesting topic: nuclear policy.  The Union of Soviet Socialist Republics and the United States long had the most nuclear weapons, but at its breakup the U.S.S.R. left its nuclear heritage to Russia. However, every country in the world is concerned with this issue, directly or not. Even small Kyrgyzstan, with a population of only 6 million people, was involved in the fight for nuclear domination.

As I found out when I worked as a journalist in Kyrgyzstan, three places with large uranium reserves were discovered there in the Soviet period.

Seventy years ago, no one could think that the creation of a nuclear bomb by Americans would cause the appearance of a strategic city on the other side of the globe. But it did, in the town of Min-Kush, which is six hours from Kyrgyzstan’s capital, Bishkek.

In the 1970s, Min-Kush was a strategic town of importance in the U.S.S.R. Today it is a village with collapsing houses, boarded-up windows and rare pensioners on the streets. Radiation here is a dozen times higher than normal. After the Soviet collapse, people here were left to the mercy of fate.

It is a forgotten town with no newspapers, radio, or even an ambulance, but its residents did not lose their spirit and still recall the old Min-Kush, which they called “paradise.” 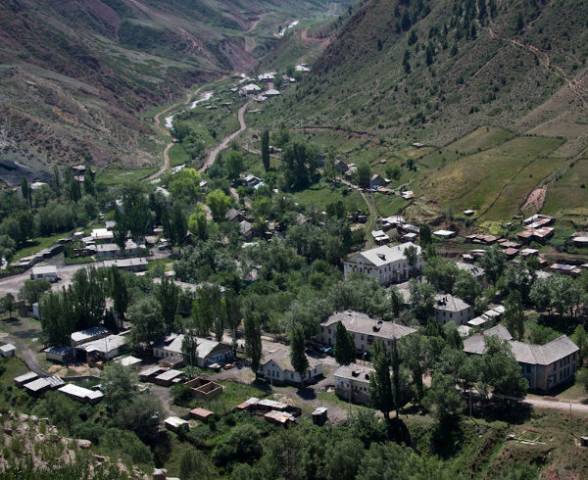 Min-Kush was an important place not only for Kyrgyzstan, but for the entire Soviet Union. Here uranium ore was mined. And the first Soviet nuclear bomb was made of Kyrgyz ore.

Although the Soviet scientific community discussed the possibility of an atomic bomb throughout the 1930s, going as far as to making a concrete proposal to develop such a weapon in 1940, the full-scale program was initiated only in response to the intelligence reports collected by the Soviets  from Nazi Germany and through their spy ring in the United States on the secretive Manhattan Project. On Aug. 29, 1949, the U.S.S.R. tested its RDS-1 nuclear bomb. The United States was not a nuclear monopolist anymore. 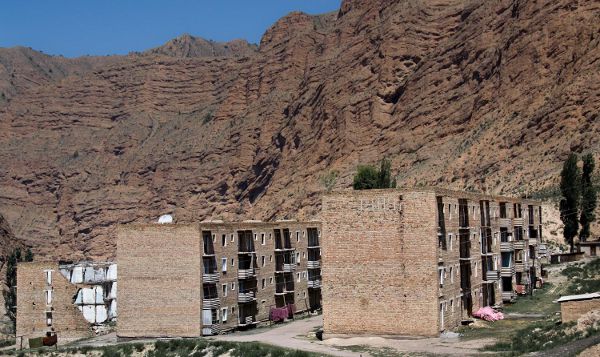 Because of its strategic importance, the city was on “Moscow supply,” which meant higher salaries, a strong system of social support, and the availability of delicacies. Uranium was mined here from the 1950s to the 1970s. Later, the plant was redesigned and steel markers were produced, but this enterprise was also shut down over time. The city now has about 1,350 residents; it once had 20,000.

There is nothing to do here. There are only three TV channels, no radio or newspapers, and no Internet. Cellular communications do not have good coverage. There is no ambulance. In case of medical emergency, a private car must be hired, which is very expensive, and go to a neighboring village. Small pensions and salaries of the citizens are supplemented by private farming. Buses used to go along these streets and roads. Now cows walk on them. 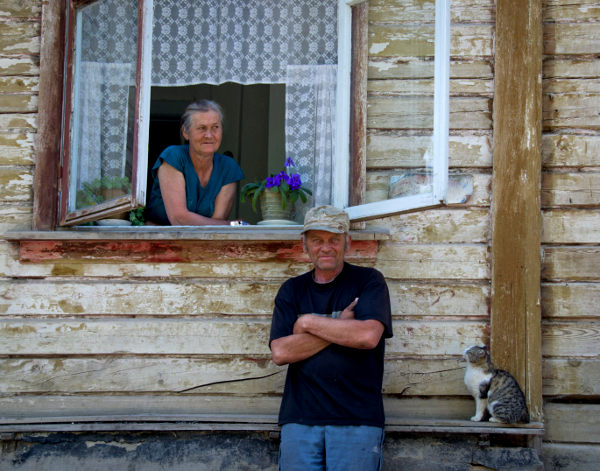 Communicating with its residents, you understand that all their stories are the same. Someone was born here, someone came to work when he or she was young; after the collapse of the Soviet Union they were left out of business, and there was no opportunity to leave.

The authorities forgot about them when this place ceased to be strategic. But the residents of this village have not forgotten their love for the Soviet Min-Kush. Almost everyone I talked to, proudly tells the same episode of the life in the Soviet era: when people came to their “Moscow-supplied” Min-Kush for deficit jeans and coffee — even from the capital!