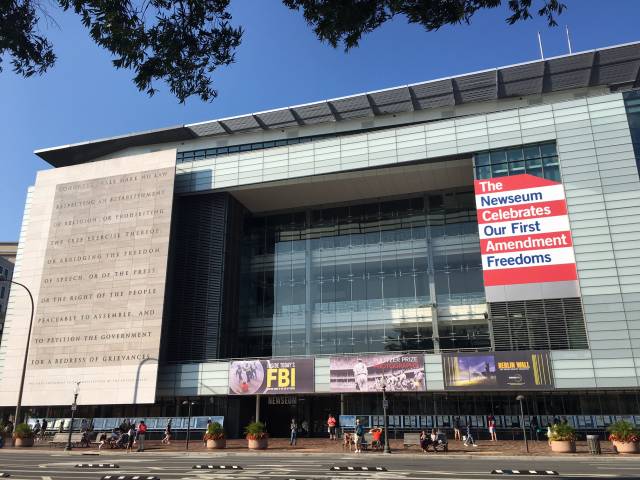 Is a journalism museum worth fighting for?

A museum dedicated to the freedom of expression – one of five freedoms enshrined in the First Amendment of the U.S. Constitution –  called the Newseum, in Washington, D.C., is undergoing a “strategic review” and may have to close due to financial difficulties, it was revealed last week.

The announcement, which coincided with the resignation of the museum’s president and CEO, received a mixed reception from the local media industry.

Politico’s Jack Shafer deemed the museum a “gilded monument to journalistic vanity,” saying: “If the Newseum goes down, it will have deserved its death.” He blamed the $450 million cost of the building and “exhibits [which] often resemble the detritus from a flea market” for its potential failure.

The Washington Post’s Margaret Sullivan, however, said the museum’s commitment to free expression has been “admirable,” arguing its troubles were a metaphor for “the besieged state of the American press… threatened by a media-hating president.”

Unsurprisingly, the World Press Institute fellows I surveyed believed the Newseum was worth fighting for.

“People have to understand why we do news – what we have to do, and its value,” said Ekaterina Ivashenko, a journalist from Russia.

She found the Journalists Memorial particularly moving, especially because she knew Pavel Grigorievich Sheremet, a journalist who was killed in a car bomb in Ukraine in 2016.

“I want to read you the words from the memorial: ‘We pay tribute to the reporter who is willing to stand when others will run, who will press on with questions when others have been cowed into silence’ – that’s what journalism means,” she said. 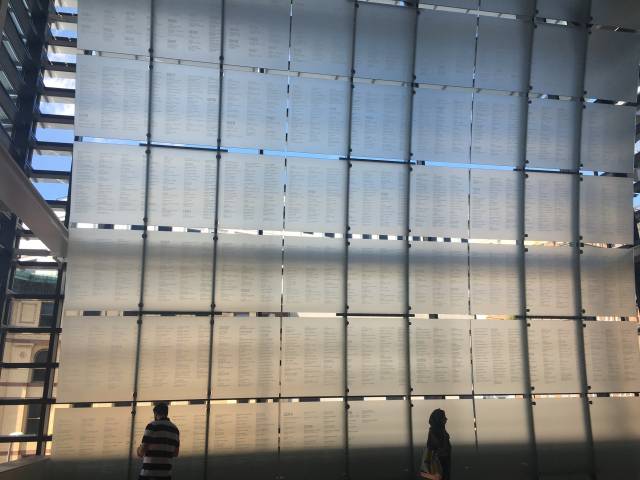 Gabriel Baldocchi, an assistant editor of Brazilian economy and business magazine Istoe Dinheiro, agreed the Newseum was a good way to raise awareness about the role of journalism “as a pillar of democratic values” – particularly at a time when the news industry is struggling financially.

However, he thought the museum conveyed a “very American approach” to the profession, which gave it a “Hollywood aspect.”

“I liked the Pulitzer Prize-winning photographs in particular. Still images can be so impressive,” she said.

“But the photos you choose to hang in the exhibition says a lot about the culture. It sure is an American view. There’s quite a lot of photos that portray the American (masculine) power – military in particular – and their presences in other countries,” she said.

Freelance journalist Louisa Reynolds argues the museum needs to be a bit more self-critical and open up more of a debate, especially at a time when trust in the media is at a historic low.

As a journalist who believes in the freedom of the press, it’s hard not to be a little bit impressed by a building that faces the U.S Capital – and is only meters away from the Trump International Hotel – which has the words of the First Amendment carved into its face in gigantic letters. Only in America.