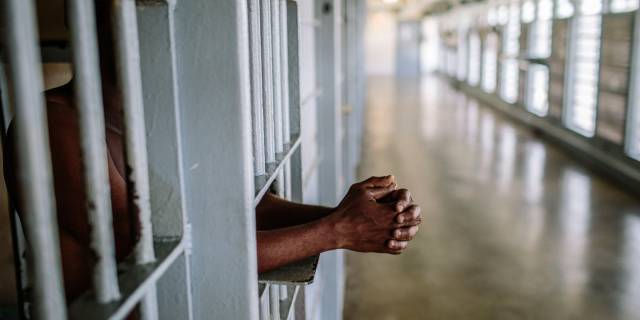 The ship leaves the WPI Fellows at Alcatraz Island, located in the San Francisco Bay. Above us is one of the most famous prisons in the world – Alcatraz. A leaflet informs us the prison was closed because of high costs.

Now Alcatraz is a tourist attraction, while on the mainland, the private prison business is blossoming. The new American President Donald Trump brought tears and fears to many immigrant families in the United States with his new, stricter immigration policies. Yet, for a couple of companies, Trump’s policy can bring much business success. „A crackdown like the one Trump has proposed would cost the federal government from $400 billion to $600 billion“, according to Bloomberg. The worse for immigrants, the better for the prisons business.

Senator Bernie Sanders classified some of the Trump’s immigration policies as a “reward” to private-prison companies who had “invested hundreds of thousands of dollars in Donald Trump’s presidential campaign.”

The country of the private prisons

The largest detention system for immigrants in the world is on American territory. The U.S. prison-industrial complex has approximately 250 prisons and jails, writes CNN. About 60 percent of the immigrant detention beds are controled by private companies and two main private companies control the immigration detention centers and operate them as for-profit prisons – the Geo Group and CoreCivic (formerly Corrections Corporation of America).

The private model came into existence during President Ronald Reagan’s „war on drugs“. The Anti-Drug Abuse Act in 1986 enacted tougher legal consequences for drug users and sellers, including mandatory sentences for small amounts of drugs. This led to crowded prisons – and the private sector came to help. After the intensity of the government’s „war on drugs“ effords faded, the next big influx to the prison business came with increased immigrant-detentions, resulting from stricter policies after the terrorist attacks of Sept. 11, 2001.

In 2009 according to the “bed mandate” immigration facilities must fill 34,000 beds a night with detainees. During Obama precidency the daily average number of detained unducumented immigrants is even higher – 41,000, wrote Bloomberf. The value of contracts awarded to Geo and CoreCivic by the U.S. Department Homeland Security has increased 20 percent since 2009.

But the model is not working smoothly. Last summer, a report from the U.S. Department of Justice said private prisons are more dangerous and less hygienic than government facilities. It found at the private facilities, assaults are more frequent, the use of solitary confinement is inappropriate, and medical treatment is inadequate. The report recommended the government to stop using private prisons.

„When a member of the Trump administration issues a memo or executive order, gives a speech or tweets about the crackdown on immigrants, shares of the two companies rise: Since the election, CoreCivic’s stock price has climbed 120 percent, and Geo’s has gained 80 percent“, according to an article in The New York Times inMarch.

The private prisons’ core business is expanding. Since the November elections, there have been 11,000 detainees a month, a 78 percent increase over the previous year. The five-year minimum would expand the federal prison population to 65,000 prisoners, which means more than 20 new prisons would be needes, according to a letter from American Bar Association to the U.S Congress.

Since the elections at least three private prisons that lost contracts a year ago have won new contracts to house immigrants. GEO Group won a $100 million contract to build a new prison with 1,000 beds in Conroe. Texas. The facility is going to generate appoximately $44 million per year.