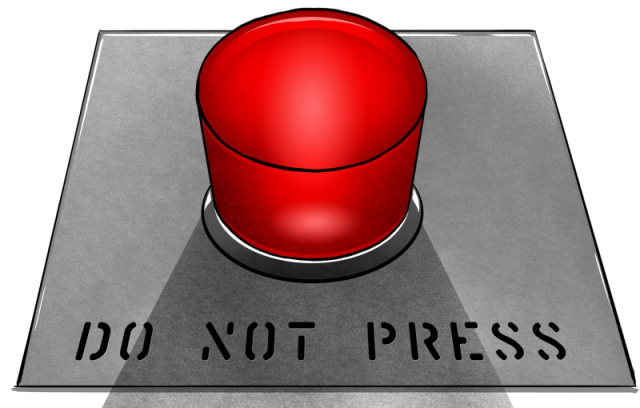 Every hour, $2.2 million of the U.S. taxpayers’ money goes directly toward nuclear weapons.

In January 1961, a U.S. Air Force bomber broke in half while flying over eastern North Carolina, and from the belly of the B-52 fell two nuclear bombs. Thanks to a series of fortunate missteps a disaster worse than Hiroshima and Nagasaki didn’t happen, but, according CNN, there have been 32 accidents with nuclear weapons between 1950 and 1980.

The biggest bomb, ever built – „Tsar Bomba“, was designed in the Soviet Union. If dropt over New York, it could kill 7.8 million people, according to nuclearsecurity.com and Nukemaps, designed by Alex Wellerstein. More than 4 million would be injured. And that would be only the primary effect.

You may think that this is enough, or even too much. But after all the meetings with experts, analysis in the media and political news, it now seems more as if nations think the world’s nuclear arsenal still isn’t enough. Maybe after years of nuclear disarmament, the world is going back toward a new nuclear race.

Now more than ever there is a new nuclear threat, and its name is North Korea. President Donald Trump last month said his nation would answer Korea’s evolving nuclear program and threats – with „fire and fury” – if itendangered the United States. But this may not be the only effect.

„North Korea’s rapidly advancing nuclear program has prompted politicians in Japan and South Korea to push for the deployment of more powerful weapons, in what could lead to a regional arms race“, wrote the New York Times.

Daryl Kimball, executive director of the Washington – D.C. – based Arms Control Association, explained that nuclear tests in North Korea create tension in the whole region. From North Korea to South Korea to Japan and to China. Like dominoes.

Consider the principle, -“if you want to know the real policy priorities – follow the money“. It is an other key point in whether we are going to see a newnuclear race.

„The Departments of Defense and Energy requested approximately $26.8 billion in Fiscal Year (FY) 2017 to maintain and upgrade the nuclear systems and their supporting infrastructure“, the Arms Control Association writes. Its analisys of U.S. government budget data projects the total cost over the next 30 years at between $1.25 trillion and $1.46 trillion in then-year dollars, meaning it includes price increases due to inflation.

At the same time there might possibly be budget cuts for the International Atomic Energy Agency (IAEA), the backbone of the international nuclear order.

New START or a „bad deal“

The option of extending New START (New Strategic Arms Reduction Treaty) had been broached by the Obama administration in late-2016, but Russia was noncommittal at the time.

New START is one of the few positive things in the U.S. Russia arms control relationship. Under the terms of the treaty, each side must reduce its deployed strategic nuclear forces to no more than 1,550 warheads and 700 delivery systems by Feb. 5, 2018. The treaty includes monitoring and verification.

„In a January phone call with President Donald Trump, Putin reportedly suggested that the two leaders pursue an extension of New START. Trump reportedly dismissed the idea and called the treaty a “bad deal,” wrote the Arms Control Association.

„If Mr. Trump is foolish enough to leave the treaty, the United States and Russia will be free to build up arsenals that have declined by thousands of weapons since the late 1960s. That would set off a costly, destabilizing arms race,“ wrote the New York Times on that topic in March.

You can not ban us

In July 122 nations adopted the first international treaty banning nuclear weapons at the United Nations headquarters in New York City. “It’s been seven decades since the world knew the power of destruction of nuclear weapons,” said the president of the U.N. conference, Elayne Whyte Gómez. „The agreement is a very clear statement that the international community wants to move to a completely different security paradigm that does not include nuclear weapons.”

Doctrine based on the reciprocal deterrence theory that a country’s use of nuclear weapons against an enemy would be met in kind, annihilation them both. It was meant to discourage the wse of weapons of mass destruction.