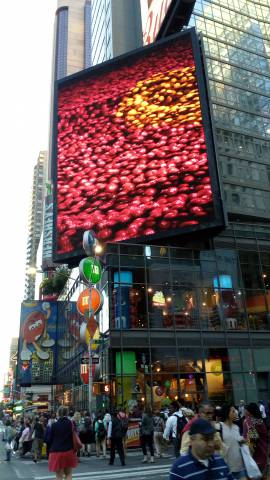 Love in the Time of New York

The roaring street is hung for miles with fierce electric fire. The ensemble of human intrigue, drama, power struggle and chaos is hard to overlook. In the urban landscape, amid straight lines and architecture or even its frenetic energy, people often lose themselves. But on a fine September evening, perched in the heart of Times Square with the whirl of activity around me and the crowd looking over gleaming billboards and shopfronts, odd food trucks dishing out greasy hot dogs, taxis generously displaying ‘gentleman club’ signs and Broadway tickets selling at over-the-top rates, I lost my heart to New York. Liberation is in the very scale and anonymity of New York. “A goldfish bowl one could never grow to fit,” said Sheridan Hay in The Secret of Lost Things. If you like the swing, tramp, trudge, triumph, jingle, sandwich men shuffling and swinging, you will love the Big Apple. It’s a magnet that’ll draw me time and time again to the United States. 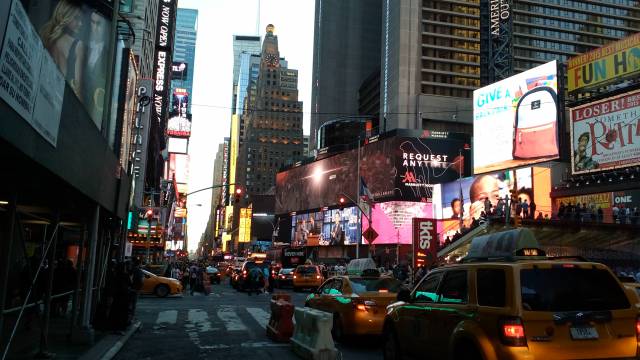 We’ve been on the road for over a month covering the breadth of the United States, speaking to big honchos in the media, in politics, business, culture, arts and education. There’s been very little ‘processing’ time or even reflection on this fantastic, multi-coloured experience. Like seasoned sprinters, we’ve been hopping from Washington to New York, Miami, Atlanta, Chicago, Austin, San Francisco and Los Angeles, finally winding up at Minnesota, where this intense roller-coaster ride began. If America is the big pie diverse in every sense of the term, New York is the slice that made my heart sway. So, it’s only apt to write about this dazzling city as we near the end of our two-months-long fellowship programme. 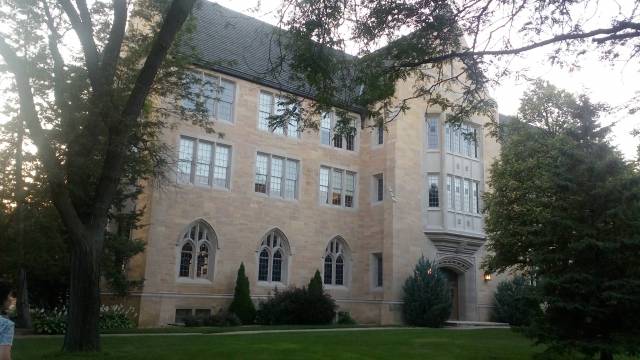 A Metropolis Steeped in Art and Architecture

I spent a languorous Saturday afternoon with a friend at Cloisters Museum, a branch of the Metropolitan Museum of Art devoted to the art and architecture of medieval Europe. Located in northern Manhattan on a four-acre lot overlooking the shimmering Hudson River, Cloisters is an ensemble informed by a selection of historical precedents that combines the ecclesiastical and secular spaces. The rich tapestries, stained-glass paintings and sculptures dated as far back as the thirteenth century, was an exquisite walk down history’s corridors. The masterpieces for me were the early fifteenth century French illuminated book of hours, a twelfth century ivory cross attributed by some to the English abbey of Bury Saint Edmunds and the stained glass windows from the castle chapel in Austria. Later, we watched the sun dipping into Hudson with a bright orange flair, the sailing boats returning home. My friend told me, “On the other side of the river is New Jersey, which is much slower in pace. You’d much rather stay on this side.” We also ventured into the magnificent Museum of Modern Art in Manhattan, which houses 200,000 works from around the world spanning the last 150 years. As we walked into galleries devoted to printmaking, photography, design, film, media and performance art, what struck me most was the sweeping survey of Pablo Picasso’s exquisite sculptures, his innovative and influential work in three dimensions. 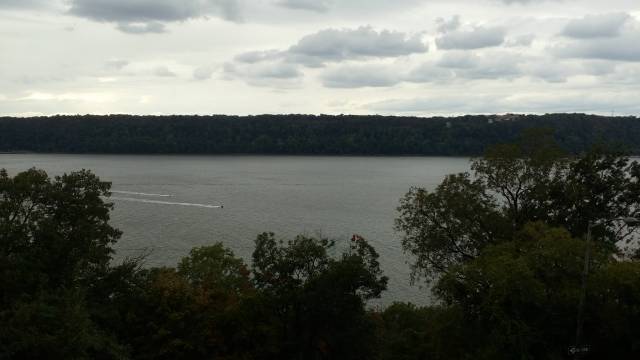 A City Bursting at the Seams

Not an inch of open space was my first impression, first day. A gigantic picture of the Pope just outside the subway affirmed my belief that the city sure needs benediction to stay in order. Serpentine traffic, disregard for rules, pedestrians jumping lights, lend New York a human air. If you look up, the skyline is barely visible with humungous buildings clogging up overhead space. If you look down from the top of one of these buildings, the roads are peopled to the hilt, and Central Park, one of the iconic locations, looks dramatic with all its colour, vast stretches of green, musical shows, and yes, a ton of people. My impressions are cliché, but New York is special because of its people: some of the most influential, interesting and fashionable people inhabit its spaces. Even a cab driver would strike you as somewhat different. Roberto, one such person I happened to encounter, said: “Would you like Elvis Presley ma’am? It’s a long way back, but you won’t be bored.” On the other side, meetings with The New York Times executive editor Dean Baquet, the editor-in-chief of ProPublica Paul Steiger or even a visit to the Ron Brown Academy, a school in Brooklyn were some of the best moments of the trip. 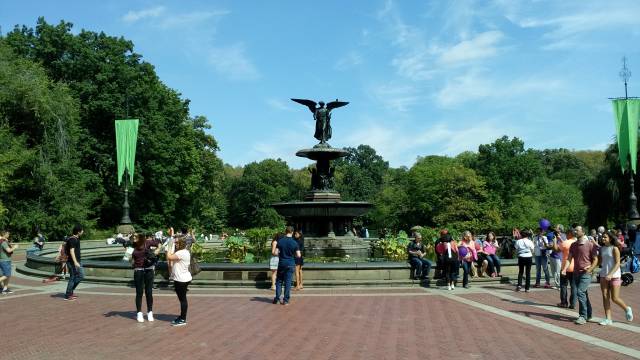 The Proof of the Pudding is in the Eating

It’s a city that houses some of the best watering holes and restaurants. Our New York sojourn began with a sumptuous lunch at an Italian restaurant over glasses of fine red wine. In this melting pot of global cuisine, streets are lined with eateries serving up Brazilian, Russian, German, Indian, Chinese, Japanese, or even Honolulu, if one cares to look. Even the food trucks spring surprises at the modest officegoer or people on the go. Burgers, hotdogs, halal food, Japanese, Ethiopian, soft swirls, are only some of the basic items on their lists. We spent the last evening in New York after a whole day packed with meetings at a rooftop bar with a stunning view of the downtown area, before moving on to the next stop: A vibrant café in a gallery arcade wolfing down plates of pasta and soaking up the night-life experience. 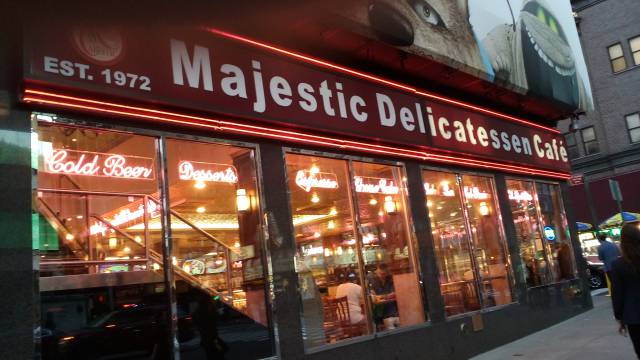 New York is loud, it’s dirty, it’s a city for the very rich and the very poor, and you’ll never find a typical here. As Tom Wolfe puts it: “One belongs to New York instantly, one belongs to it as much in five minutes as in five years.” It’s only when you leave, that you feel its compelling hold over you.