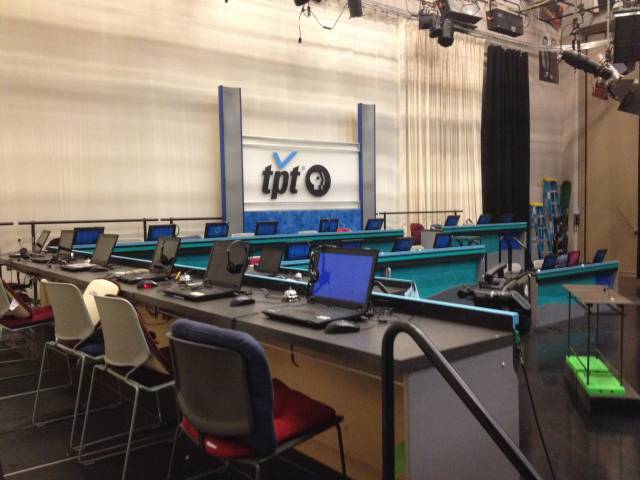 “You won’t find the name Kardashian on our website,” MinnPost’s executive editor Andrew Putz said. We were sitting in a circle in a Minneapolis warehouse where MinnPost, an online news outlet for the Minnesota area, has its offices. MinnPost is a non-profit media organisation that depends on grants and donations for a large chunk of its income. The site offers daily updates with mainly background stories and analyses, serving a highly educated public who also read The New Yorker and the New York Times (and generally couldn’t care less about the Kardiashians). It’s an audience with money, a perfect target.

Publisher Andrew Wallmeyer said that they have one million page views a month, coming from 850.000 individual users. Not all of these users donate. According to Minnpost’s website, as of December last year it received donations from 4200 members with amounts varying from $10 to $20.000. It was additionally awarded five $50.000 grants from different foundations. For certain columns, like this one on environmental issues, they even have specific funds donated just to ensure the column exists (the contributors are listed on the right side of the text). A smart way to interest funds who make their donations only available for very specific causes.
These foundations and members don’t get special privileges in exchange for their contributions.By giving money they just make sure that MinnPost can keep doing what they do.

MinnPost isn’t the only one relying on goodwill. Last week, we walked through the studios of tv-station TPT (Twin Cities Public Television) that has four channels. Senior associate producer Kate McDonald told us that they only get a little funding from the government. They rely on the public to donate money (which is called ‘pledging’). A tv-show of an hour could be extended within an hour and a half of asking people to pledge. You’ll see a live feed with people answering the phones to talk to everyone who’s watching at home and is willing to pay.

Those images are rare in the Netherlands. You’ll see them when there’s a tv-marathon in order to raise money for extreme tragedies: destroyed cities after tsunamis, earthquakes or wars. Here, asking the audience for money is part of everyday programming. TPT’s website http://www.tpt.org even lists options of how you can contribute: “support a show”, “donate a car”, “give a stock gift”, “include TPT in your will”.

American culture
According to National Public Trust statistics over 2013, 95,4% of American households give to charity. Americans gave $335.17 billion to charities, an increase of 4,4% since 2011. Foundations handed out $50.28 billion.

Donating money seems to be an important part of American culture. “I think what has made American philanthropy historically distinctive is that it has been very broadly defined, so broadly defined that it has penetrated all aspects of society,” said Oliver Zunz, the author of Philanthropy in America: A History at a lecture. Every part of society could get support through donations, including the media.

Sure, the Dutch donate too, but usually they will only do that when they get special perks in return: unlimited access to the archives of a website, a dvd-box, or entry to an exclusive event. As far as media goes, I can only think of website De Correspondent that received enough money to start up their enterprise after a call for crowd funding. Even then people got something in return for their gifts: unlimited access once they were up and running. You still have to become a paying member now to be able to read all they have to offer (which is totally worth it, by the way).

In the US, donations seem to be expected and part of the culture. And the good news for MinnPost and TPT is that Americans seem to care about their media. The downside is that being dependant on goodwill makes you devote a lot of time to fund raising. Time that could have been spent on researching in depth stories and on producing tv programs. Also, someone can just decide to support another cause, which makes it feel like you’re depending on the lottery.

For example, MinnPost Managing Editor Susan Albright said that they were applying for new grants, and that the hard part is that you’ll never know if it will come through. TPT’s Kate McDonald said that as their audience is getting older, TPT is getting more worried about the future of pledging. Young people seem to take media for granted or turn to different outlets to find what they like. Will they keep supporting a local tv-station? TPT has been experimenting with new TV formats to attract this younger audience, in the hopes of making them involved with and care about the future of public television.

On the one hand, you could argue that media as a charity feels like the final stage in an ever spiralling profession; only if you’re educated enough to realise that in-depth reporting and quality journalism is a hugely important tool to help people understand the world they’re living in, and to critically watch the people and companies who’re in control, will you donate some money. Good journalism will be left as the preserve of a small elite.

On the other hand, as long as people keep recognising that the world we live is hard to understand, there will be a need for good journalism. Whether these journalists make a living through subscriptions, pledges, or dare I say, food stamps, shouldn’t matter. As long as they’re doing a great job, they will hopefully make people care enough to support them till the end of time.