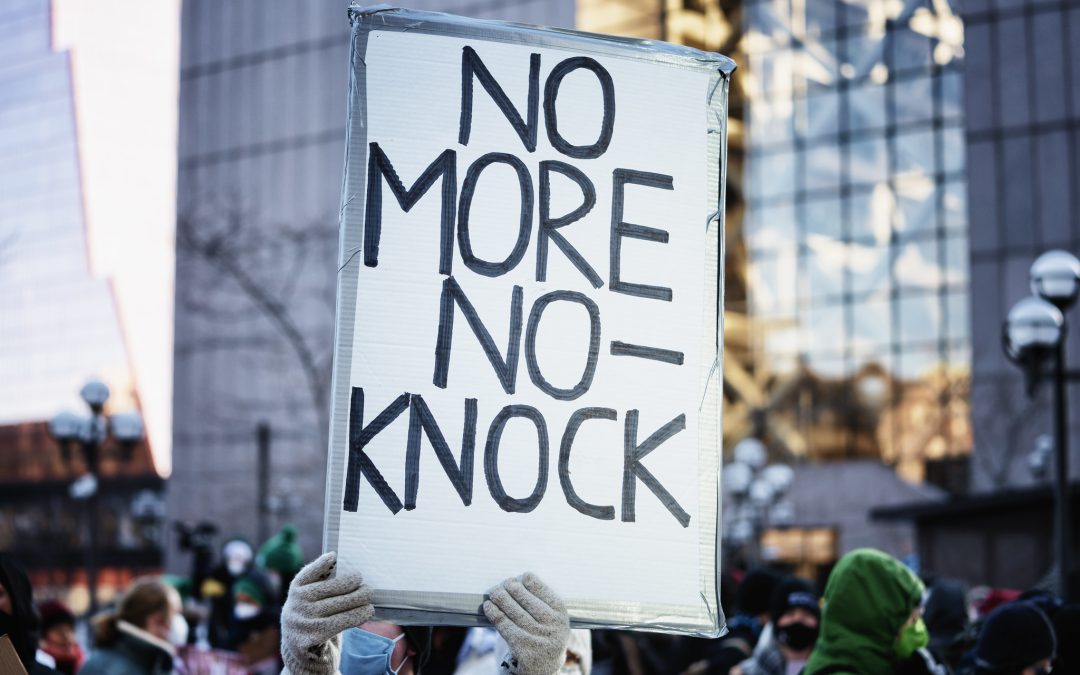 Under such warrants, police officers can enter a premise unannounced outside the 7 a.m. to 8 p.m. window. Proponents say a no-knock warrant can catch suspects off guard, and therefore is a way to better protect the safety of police officers and prevent the destruction of evidence.

The tragic killing of Locke has sparked renewed calls for a total ban on no-knock warrants. “No-knock warrants are not a safe policing practice for either the community or police,” said Jess Palyan, a law student at University of St. Thomas involved in the Community Justice Project, a public policy clinic that focuses on research and community education of social justice issues.

There is scant data on the ratio between regular warrants and no-knock warrants, as it was not legally required to report such data before a new law took effect in September . The Minneapolis police force filed for at least 13 no-knock warrants since this year, compared to 12 regular search warrants, according to a report by the Star Tribune published on Feb. 5.

“No-knock warrants are supposed to be rare and exceptional”, said Rachel Moran, an associate law professor at the University of St. Thomas. “I doubt the data holds up over a very long period of time. I wouldn’t say we have proved that they are using no-knock warrants over regular search warrants on the whole. But it was pretty alarming to see even in a short period of time, they have requested such a high number of no-knock warrants.”

The number is likely underestimated, according to the Star Tribune, as some warrants are filed under seal. On average, the Minneapolis police carried out 139 no-knock warrants a year.

No-knock warrants also overwhelmingly target Black people. Of the 49 no-knock search warrants issued from Sept. 1, 2021, to Feb. 2, 2022, about 70 percent of the 94 individuals targeted were Black people, according to the Minn Post.

The use of no-knock warrant started during the early stages of the “War on Drugs” policy initiated under President Nixon in the 1970s to combat illegal drug use, distribution and trade. The policy continues to be in effect today.

“The War on Drugs has been wildly ineffective and used in a racist manner to negatively impact communities of color the most, particularly Black communities,” Moran said. “Our country has wasted many dollars and many lives aggressively criminalizing drug use rather than investing resources in social support for communities that are vulnerable to drugs.”

For example, Palyan noted the significantly longer prison sentences for cases involving crack cocaine than powdered cocaine. “Crack cocaine is more likely used by people who are poor and more likely to be used by Black people,” the law student explained.

To date, only four states have banned no-knock warrants, Moran said, but she believes it is unlikely for Minnesota to pass a full ban.

“We have a very politically divided state legislature and it is hard to get agreement on significant police reforms,” she added.

The index photo by Tony Webster is marked with CC BY-NC-ND 2.0.