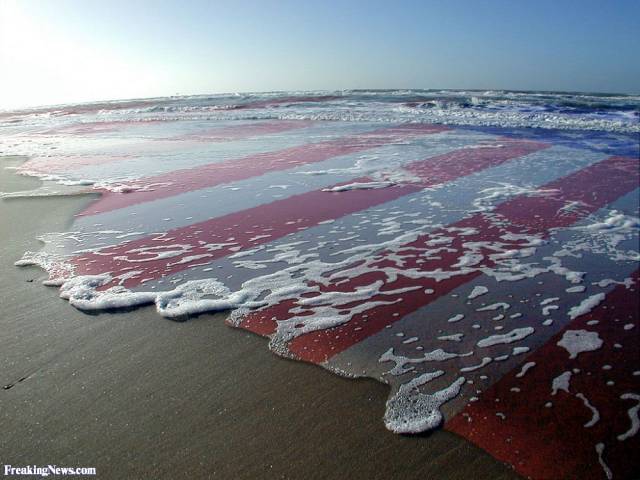 So Long America, and Thanks for All the Fish!

The year is 1974. The place – Lake Superior. The largest fresh water lake on the planet, and the largest of the Great Lakes, on the border of United States and Canada. In 1974, 47 tons of waste rock are pouring into the water every minute. Produced by Reserve Mining Company, one of the biggest producer of iron ore. For years the company has been dumping tailings into the water of Lake Superior. For every ton of iron ore produced by Reserve Mining Company, there were two tons of waste material resulted. In the waste, which the mining company claims is harmless, there is a substantial volume of asbestos fiber, a carcinogenic agent.

The stakes are huge. The Reserve Mining Company produces one-twelfth of the American supply of iron ore and employs 3,000 people. But in April 1974 Judge Miles Lord, a federal judge – appointed to the U.S. District Court for the District of Minnesota, takes an unprecedented decision. He orders the Reserve Mining Company to shut down its plant – „immediately“. It was the first time a judge had shut down a major industrial plant to protect the environment. Thе case turned him into an – „activist“ and one of the most controvertial judges. The federal appeals court allowed Reserve to reopen the plant and orgered it to build an alternative method for disposing of waste on the land. In 1980, dumping of taconite tailings into Lake Superior is halted.

The water is saved. The fish are, too!

The case ushered in the idea that the government could dictate how much industry could pollute. The United States v. Reserve Mining Company is seen as a landmark decision, one that gave the Environmental Protection Agency (EPA) broader powers to regulate corporate pollution.

Four decades later in November 2012 Donald Trump twitted: „It’s freezing outside, where the hell is “global warming?“ Later he explained that „the concept of global warming was created by and for the Chinese in order to make U.S. manufacturing non-competitive“. As president of the United States, he rejected the Paris climate change agreement in the name of „new era of production and job creation.” And finally the latest version of the Trump administration’s 2018 budget is planning to cut the budget for the EPA by nearly one-third.

Now when we are so near to Lake Superior, America is not „first“ anymore and is on the way to lose its leading political role in the field of the environmental issues.

– President Trump has argued that reducing the EPA and cutting back on environmental and clean air regulations will help the U.S. coal and oil industries and revive the U.S. economy. But Gina McCarthy, a former director of the EPA, said the only thing United States will accomplish will be to turn over the lead on combating climate change to China.

– A number of U.S. states and companies have announced that the “green train” has already left the station, and they will continue with their plans to reduce greenhouse emissions despite Trump. “Oil producers are moving to gas and buying up renewable energy companies; coal producers in the U.S. are struggling to stay afloat; and the likes of Google, Facebook, Apple and Unilever are promising to go 100 percent renewable“, wrote Politico.

– American mines suffer mainly because cheap natural gas seizes energy markets and displaces coal. With the Fracking Revolution the country’s greenhouse gas emissions have fallen by almost 15 percent over the past decade. However, as Politico analyzes, thanks to Trump no one is paying attention to this and Europe can maintain its image as a green pioneer.

So Long America, and Thanks for All the Fish!