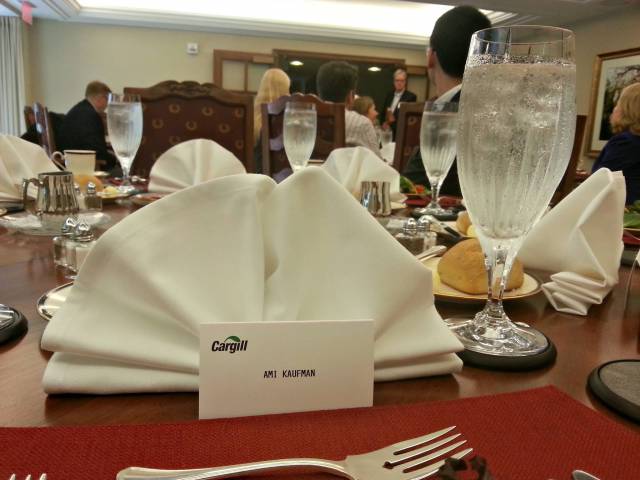 Tel Aviv to Lake Wobegon: ‘Wined and dined’ in the lion’s den

It was only two years ago that I was on the streets protesting corporate capitalism, and here I am being hosted by one of the most powerful organizations in the world (photos: Ami Kaufman)

“Life is full of twists and turns” has to be one of the more cliché things one can say, but that’s pretty much the way I felt as my shoes were sinking in the thick carpets lining the corridors of Cargill’s headquarters, situated in a lush French-style chateau outside the Twin Cities. It was only two years ago when I was an active participant in the #J14 summer social protests in Israel, sweating profusely in the Tel Aviv humidity with hundreds of thousands of my brothers and sisters, protesting the evils of corporate capitalism. It was the summer of #occupywallstreet, of #M15 and the Indignants in Spain. It was a summer that gave me hope. 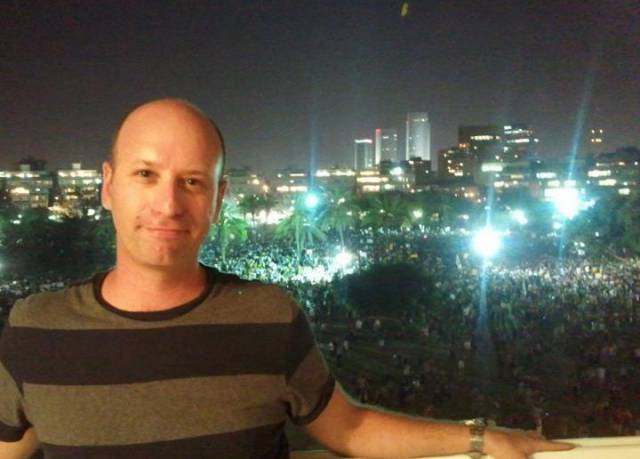 In the picture above I am overlooking the largest demonstration ever to take place in Israel. Over 300,000 people took to the streets in Tel Aviv on September 3, 2011, and a total of 500,000 all over Israel. Seven percent of the population — the largest #ows demo that summer, percentage-wise — were screaming their lungs out that day. How many people is 7 percent in your country?

And here I am today, being wined and dined by a corporation that is most probably the epitome of what made me go to the streets back then. I’m embarrassed to say that I honestly had no clue about Cargill, which deals mainly with agricultural commodities, before I came to Minnesota (disclaimer: Cargill is one of many supporters of the WPI fellowship). One reason, I suppose, is that they have no business in Israel (probably one of the only countries they haven’t “visited” – yet). Seeing as how it’s the world’s largest privately held company – this is shameful on my part. Another reason is that they seem to be quite a low-profile company that’s mainly B2B. But probably every reader here has consumed something that Cargill produced.

So, although my gut instinct is to despise a company the size of Cargill – it seemed unwise to immediately taint a company without knowing enough about it. Instead, I enjoyed watching my fellow, more equipped journalists take a jab or two at the manufacturing giant, and on their home turf – quite a gutsy move if I may say so myself.

Before the meeting began, I chuckled a bit as I made myself a cup of coffee. 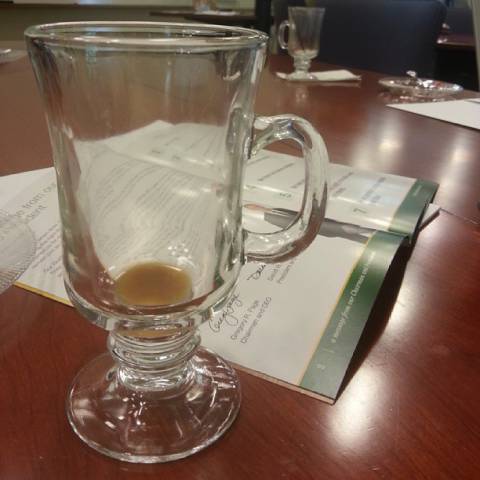 We have glasses exactly like this in Israel. In fact, just about every household in Israel has these same glasses. They’re called “Histadrut” glasses, which is the name of the largest workers union in the country. They’re a symbol of simplicity, of the working class – exactly the opposite of what I was experiencing here in Palacio de Cargill. 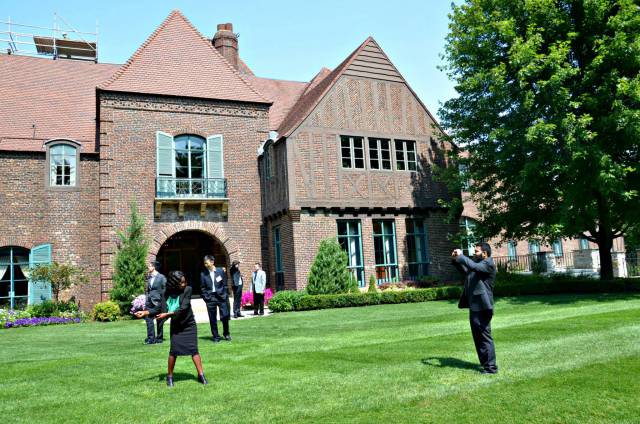 My first observation from our meeting with various executives and the President and COO, Dan MacLennan, was that these people seemed to be on the defensive, even before we started asking them questions. I presume this is why, as one of the journalists noticed by chance, some of us were “marked” in a brochure with our bios, that Mr. MacLennan was holding.

As a private company, one executive said right as the meeting began, “nobody requires us to share our earnings, but we do it for transparency.” And you’re telling us this because…?

Mr. MacLennan, a man who looks you deep and straight in the eye for a second or two as his glance passes between each fellow, said pretty much off the bat that “we take our commitment to ethical business seriously. Not to say we haven’t had violations…” But… none of us said they violated anything… Did he say that so he wouldn’t have to answer a future question about this? Is that a tactic that corporations really think will work? 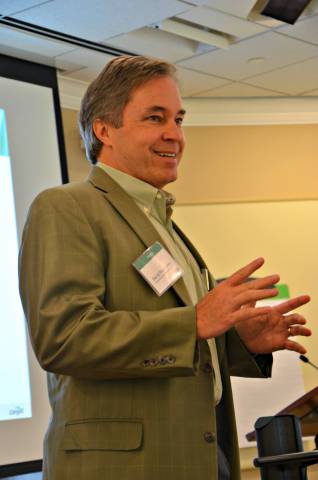 As he speaks, Mr. MacLennan holds up the various products that Cargill makes. I find his choice of words interesting. More than once he said that “we make meat, we make shrimp.” He “makes” it? Cargill “makes” it? Something about the certain “ownership” over natural processes sounded a bit odd – at least to my ears.

For me, the highlight of the meeting was a short exchange between Mr. Maclennan and one of the fellows, Elina Lappalainen, a columnist and business reporter from Finland who is well versed in the food industry and has also written a book in the topic. Elina was glancing through the fancy brochures we were given before the discussion, where Cargill showcased its guiding principles of doing business (the following are not exact quotes, but this was the gist).

Elina: There’s nothing in this brochure about animal welfare. What are you doing to improve in this area?

MacLennan: Well, I think that goes under principle number 7: “We are committed to being a responsible global citizen.”

Elina: I’m actually quite surprised that it’s not covered in this booklet you handed us, since you yourself mentioned that over half of your employees deal with animals. Don’t you think it’s important to mention that?

At this point, MacLennan seems at a bit of loss for words, and his aides rush in to save the day. “You can’t cover everything in the book,” says one executive, “but you can see it on the web.” Indeed, there is a page on the issue on their website – detailing very briefly an extremely important topic. It’s very clear this is a topic they do not wish to discuss at length.

Next, it’s time for lunch. As yet another slap in the face of an Israeli, our main course is yet again a typical Holy Land staple: schnitzel. Schnitzel, I tell you!