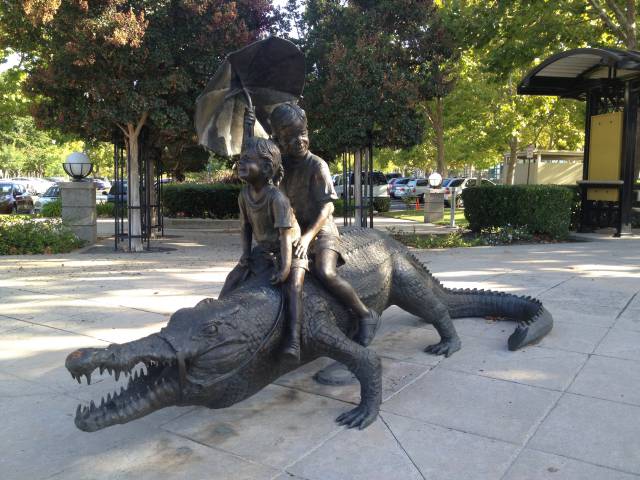 The most invasive animal

Entering the Centers for Disease Control and Prevention (CDC) in Atlanta, Georgia feels like entering a military base. We were screened, pre-approved and rescreened before we could enter the premises and go through yet some more security checks. The CDC has a huge database of diseases, which makes them a target for bioterrorists. “Does that collection include Ebola?” I asked while searching for hand sanitizer. The answer was “yes”.

The CDC is fighting the Ebola epidemic in Western Africa (Liberia, Sierra Leone and Guinea) by trying to make sure the deadly virus is contained. People who’re infected should be isolated, so they can be treated and the virus doesn’t get a chance to spread even further. Along the way, health care officials have found many obstructions. People are scared and flee their communities, they think it’s a curse and seek treatment that doesn’t help, the infrastructure is bad, there aren’t enough ambulances, there is not enough medical personnel and there aren’tenough hospital beds. Which makes it hard to stop Ebola from spreading.

Just a couple of days after our visit, the CDC released a worst case scenario that suggested a whopping 1,4 million possible infections in January 2015 if nothing changes in the way we deal with Ebola now. But that didn’t seem to make these experts throw in the towel. I was impressed by the courage and ease in which they talked about the epidemic. They haven’t given up. They are determined to win this fight.

It made me think of a trip we took to The Everglades in Miami, Florida where a park official performed tricks with three big alligators. They lay flat on their bellies, looking scary yet bored as hell, waiting for him to throw them some expected bites to eat so the audience would sigh and yelp when their huge jaws with pointy teeth smacked together with a loud ‘clap’.
“Do you know which animal is the most invasive in the world?” he asked. No one said a word. “Well,” he said. “It’s the humans.”

Seeing the trainer at work proved the dominance of our species. The crocs were around when the dinosaurs were still alive, looking for food like they do now. When the homo sapiens left their ape senses behind and evolved into smarter beings, overtaking Earth and using and abusing its resources to reproduce, preserve and grow our species.

We also found a way to beat the alligator: now they’re on display in a controlled, fenced off area where groups of tourists come in to see if a man with a soft fleshy beer belly will truly be able to survive an encounter with a “wild” animal. I was holding my breath (and camera) in anticipation of something going wrong. But he put his hand in their mouths and was able to retract it before it got bitten off. He was able to touch their snout with his nose and he was able to hold their closed jaws under his chin. They obeyed his requests awaiting their food rewards.

I want to believe that this Everglades show proves that we can indeed, if we want too, conquer a scary force of nature. The first humans to encounter an alligator weren’t able to have them eat out of their hands. It took thinking, researching and analyzing to understand what the best approach was to overtake these animals.

Let’s just hope that we’ll be able to do the same with Ebola. Outsmart it. Conquer it. Make sure the people who’re suffering from this terrible disease are getting the best treatment to fight the virus and win.