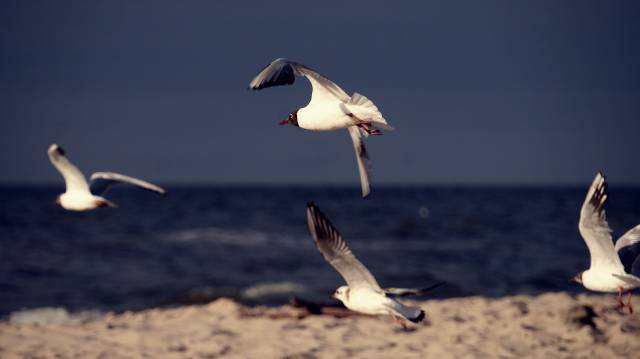 Tinder, Nato and the Baltic Sea — Trust me, this unexpected combination makes sense

The ongoing verbal dispute between North Korea and the United States is obviously something the media and President Trump have paid a lot of attention to. In the meantime, what is going on with the Baltic Sea? Silly question? Well, let’s take a closer look.

Nine countries have shorelines along the Baltic Sea,and of which only Russia, Finland and Sweden are not members of the military alliance NATO.

Image by Pixabay.
I personally noticed in spring 2016 that military movement had increased around the sea.

I suddenly began getting all these NATO soldiers on my Tinder account. Looking at the distance on the app, I would they were somewhere in Estonia. In the photos, they did not hide their backgrounds: these Americans were on an adventure, away from home. Big biceps in camouflage was a common theme in the images. Sometimes they even displayed their family photos of their wives and kids.

I admit swiping right a couple of times, but I never went on a date. Soon after that spring, I decided to leave the app for a variety of reasons.

Well, back to the Baltic Sea. This week, and until the end of the month, Sweden is holding a large military exercise, called Aurora 17. It takes place near Stockholm, the island of Gotland, Gothenburg, and southern parts of the Baltic Sea. Finnish soldiers and a bunch of NATO countries, including the United States, are practicing side by side with Swedish soldiers.

Aurora 17 is the biggest military practice Sweden has organized in 20 years. Simultaneously, the German marine corps is holding an annual exercise on the sea.

I wonder how everybody will find places for their boats, because Russia also is practising there, at the same time. And earlier this summer, Russia practiced first time on the Baltic Sea with China.

According to Russian sources, the purpose of this ongoing exercise is to be prepared against terrorists. Yet, some Finnish military experts say, based on the equipment being used, it’s just an ordinary military war game.

Usually, most Finnish military experts and politicians are very diplomatic in their comments, and describe events as matter of routine. Now, the Finnish Defense Minister Jussi Niinistö noted that the practice is also a propaganda exercise for Russia. One could argue that so are the Western exercises.

And what does this constant practicing lead to? In my opinion, no one knows.