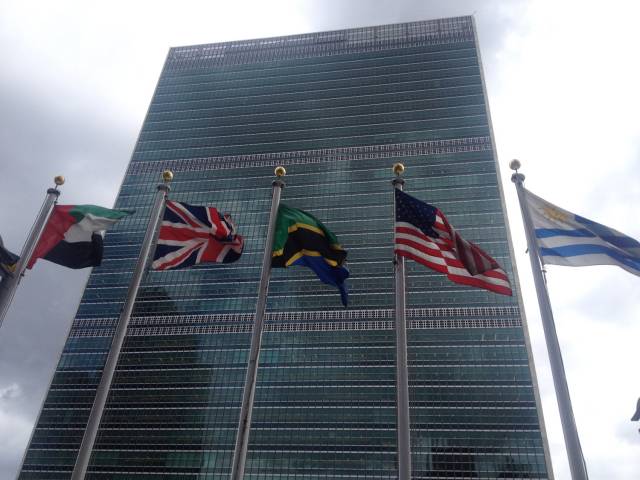 In New York, the WPI fellows had the opportunity to visit UN headquarters. I would like to tell you about this unique building.

The UN headquarters is located in eastern Manhattan and occupies 18 acres of land on the shores of the East River. This is an international zone belonging to all members. It has a security service, fire department and post office.

John Rockefeller donated the land in 1946 that would become the UN House. At the time, the land was worth an estimated $8 million, according to the first UN Yearbook (the Yearbook includes the texts of all major General Assembly, Security Council and Economic and Social Council resolutions and decisions):

“… December 9, 1956, UN Headquarters was informed that John Rockefeller is ready to give money for the purchase of land in Manhattan for the construction of the UN House. As a result, on December 12 of the same year was accepted two resolutions: that UN Headquarters staff said that the UN accepted Rockefeller’s gift of $ 8,000,000 for buying land. The second resolution requested the Secretary-General to prepare plans and financial estimates for the construction of building UN headquarters…”.

During the year, the “group of eleven” had prepared about 50 sketch designs. However, Niemeyer and Corbusier became very competitive and eventually the design resulting from their competition was adopted for implementation.

Сonstruction was conducted from 1947 to 1952. Against the background of the surrounding New York City, the new UN headquarters looked absolutely stunning. 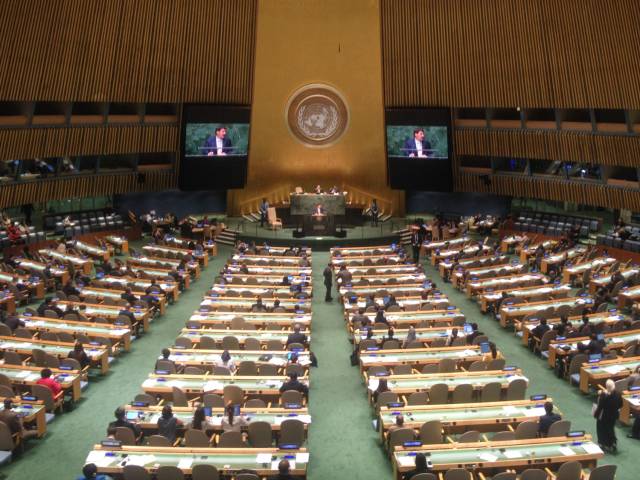 Now the UN headquarters consists of four buildings: Secretariat (39 floors and 154 meters), lined with green glass where the offices of the UN administration and diplomatic missions are located. There is also a Conference Center, where the Security Council and other UN units are located, and the city building. On the square in front of the buildings, there is a small fountain and a sculpture in memory of Dag Hammarskjöld, who served from 1953 until the end of his life as the Secretary-General of the United Nations. Around the perimeter on First Avenue, the flags of the UN member states are lined up in English-language alphabetical order.

The library is the main UN repository where thousands of books and millions of documents are kept. Here you can find any information concerning the UN. This is also where the UN Yearbook is prepared.