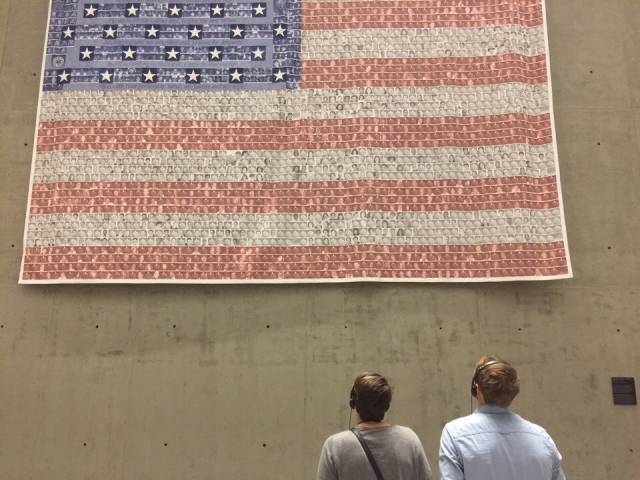 Visiting the 9/11 Memorial and Museum

We arrived in New York City on the eve of the 16th anniversary of Sept. 11, 2001. On that Tuesday morning 16 years ago, the Islamic terrorist group al-Qaeda attacked the United States.

We visited the National September 11 Memorial & Museum, which was opened in memory of the events that killed 2,977 people. The museum was built at the site of the World Trade Center Twin Towers, which were destroyed in the attacks. 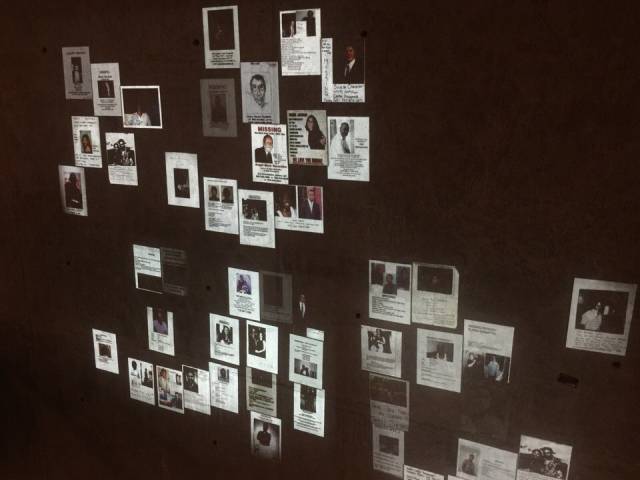 The memorial was first opened to the public in 2011, the day after a dedication ceremony was held commemorating the 10th anniversary of the terrorist attacks. Private tours hosted by family members of the victims, first responders and survivors, began in 2011, as part of a collaboration between the 9/11 Tribute Museum and 9/11 memorial. The museum opened in May 21, 2014 – and was visited by over a million people within three months.

In addition, in 2014, a big installation was created here. Its curator interviewed 2,983 people, asking each to remember the color of the sky on the day of the attacks. Colored squares representing the various shades described were collected to represent the sky that day, and now cover one of the museum’s wall. 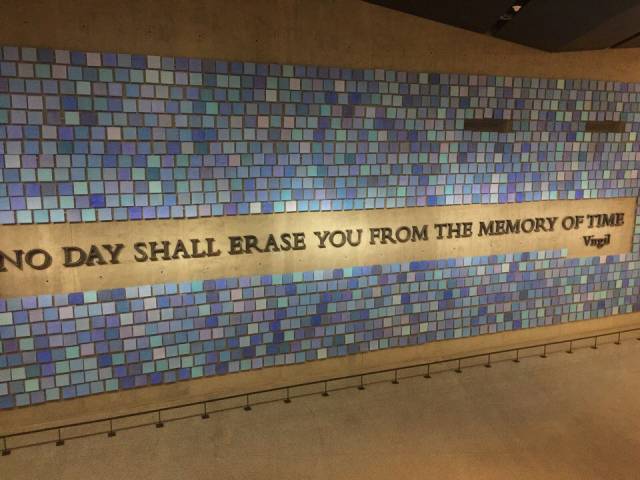 At the site, you also can see the remains of the ruined building and part of the plane that flew into the tower. And, most importantly, there are carefully collected photographs and biographies of the people who died, along with the memories from their relatives. 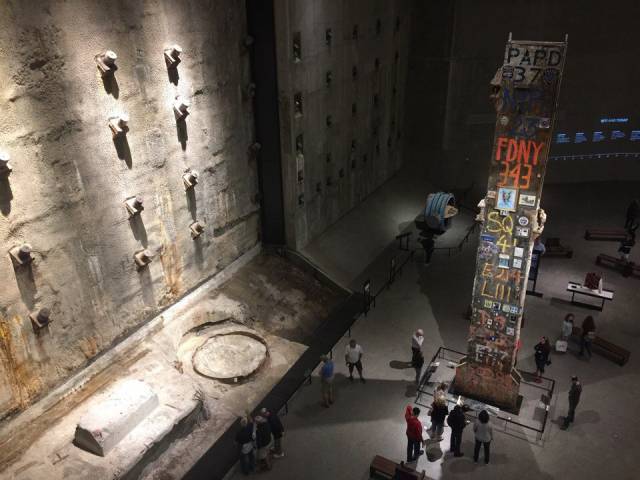 The terrorists first tried to blow up the Twin Towers in 1993. They laid explosives in the parking lot, killing six people and damaging nearby buildings, including the Marriott hotel, which had to be closed for 1.6 years for restoration. The same hotel was later destroyed during the events of 9/11, during which, despite firefighters efforts to evacuate guests, 40 people, including firefighters, hotel employees and guests, died. As part of the memorial, part of hotel remains – the same part that had been restored after the original bombing in 1993.  In this wing, where 6 people were killed in 1993, 14 were saved in 2001.