Without the past, we can’t understand the present

Ten journalists from all over the globe came to the United States to learn about journalism standards in the United States and share their own experiences. Before they start to study the situation in the modern American media, however, they needed to know the history of American journalism. Mark Neuzil, a professor of communication and journalism, helped the fellowship team learn about the most significant and important moments of U.S. journalism. Here they are:

In September 25, Publick Occurrences, the first multi-page newspaper in America, was published in Boston under editor Benjamin Harris. The newspaper was very small in format and contained four pages, but only printed on three of them. The authorities shut it down after one edition, saying it had no license.

The First Amendment prohibits making any law that infringes on the freedom of the press. It also protects freedom of speech, freedom of religion and freedom of assembly.

1833 The invention of the steam powered press

This significant invention for the whole world led to a reduction of costs – with the new technology, the cost of a paper dropped down from six cents to a penny.

Newspapers began to cost much less, so they could be purchased not only by people of high income but also by the middle class. This led to a change in the content of newspapers. By 1833, a new form of journalism emerges, including more crime news, sports and human interest stories. The first interview was published in 1845.

Before the “telegraph era”, reports of journalists were long, like Dostoevsky stories. In 1861, the Civil War broke out and to cut the telegraphs wires, journalists learned to give short news updates, such as on where the clashes happened, how many people died and so on.

The competition for readers’ interest was increasing in the United States. It led to a sensational and war-mongering form of journalism, called “yellow journalism.” In this period, newspapers specialized in rumors, sensations, scandals and gossip about the lives of famous people. The origin of the term is connected with the lawsuit over the “Yellow Kid” comic book character between the newspapers the New York World and the New York Journal American.

In 1920, a Westinghouse engineer in Pittsburgh played music for his neighbors in a homemade studio in his garage. Frank Conrad’s garage becomes KDKA, the first licensed radio station in the country. 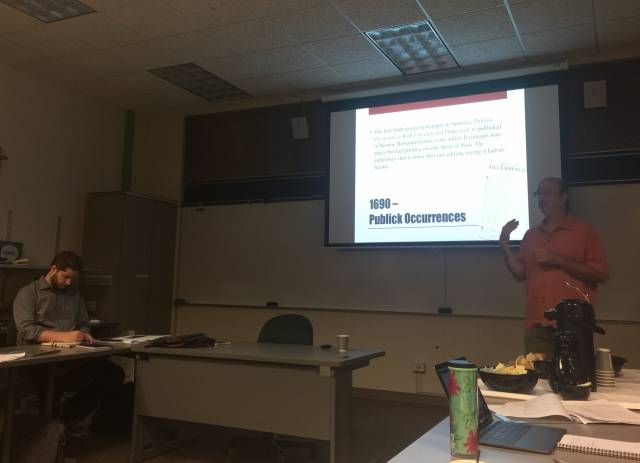 A landmark U.S. Supreme Court decision found that prior restraints on publication violate freedom of the press, as protected under the First Amendment. The principle was applied to free speech generally in subsequent jurisprudence.

The federal government grants the first television licenses to 18 stations around the country.

1988 The Internet opens to public

This event fundamentally changed and decentralized the system of communication.

Craig’s catalog, named after the founder Craig Newmark, is a very popular website of electronic ads among American Internet users. After it appears, the economics of the newspaper business change forever. Classified ad revenue, previously roughly 30% of income for newspapers, plunges.

The main source of news is the Internet. Traditional media begins to go online. 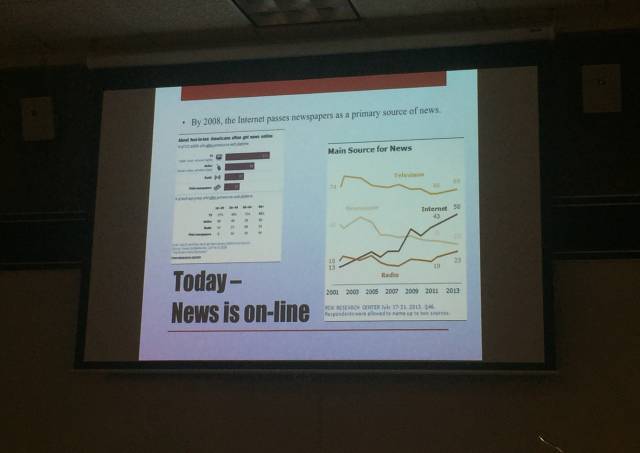