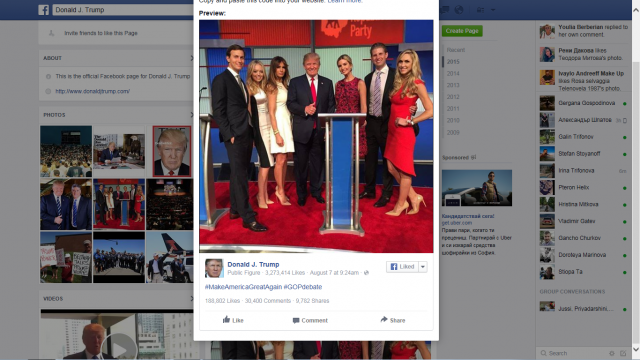 Social media is driving the 2016 presidential race. That’s why the candidates of both parties increasingly view Facebook, Twitter, YouTube and Instagram as the main battleground in the fight for the White House. Now they found that using their Twitter and Facebook accounts is cheaper and more powerful than giving millions for advertising on TV, newspapers and magazines, it’s hardly a surprise that the traditional media lags behind in the coverage of the candidates’ campaign. The presidential hopefuls have already realized they simply need a good PR team to post and share their thoughts in the social media. Each of those posts reaches instantly millions people across the U.S and around the world. This strategy is easy and it works!

Donald Trump, for example, has 3.8 million Twitter followers. The picture of his family during the Fox News debate, hashtagged #MakeAmericaGreatAgain#GOPdebate was liked by more than 188 thousand people on Facebook.

True to his style, Trump also uses his Facebook account to target other candidates. “Enoughis Enough- no more Bushesh!”, an ironic video post against his Republican competitor Jeb Bush, was liked by more than 45 thousand people. 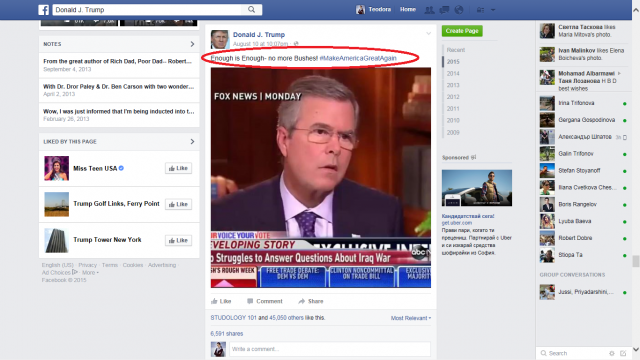 When Jeb Bush said at a conservative forum “I’m not sure we need half a billion dollars for women’s health care issues”, Hilary Clinton’s team responded on Twitter: “@JebBush: You are absolutely, unequivocally wrong.” 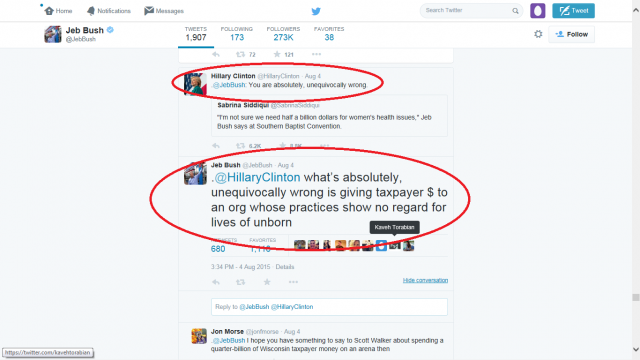 ”What is being said by those running on the Republican side is incredibly offensive, it is unrealistic, it is mean-spirited-I’ve run out of adjective”, Hilary Clinton posted yesterday, in response to Trump’s idea to deport all illegal immigrants. Almost instantly, her post got more than 10 thousand likes. 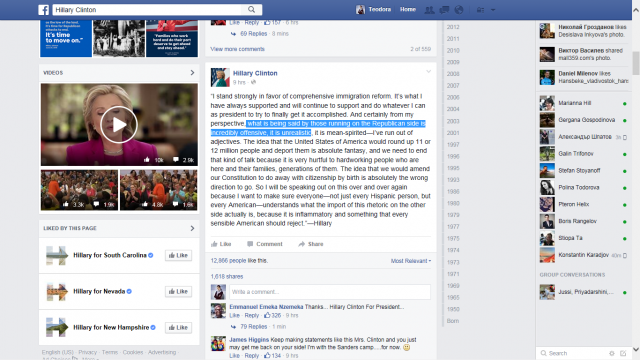 Clinton vs Bush, Bush vs.Trump, Trump vs. Clinton… it’s never been easier to spark a debate with your opponent than today. The large follower base of the candidates obliges them to react to the posts of their opponents. Almost always, those Twitter exchanges makes news on TV. 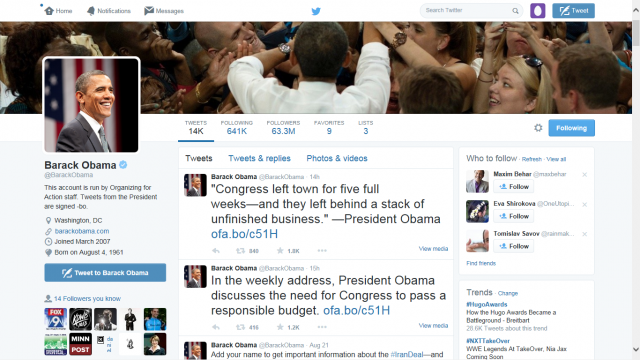 Most Americans already use social media as their primary source to get informed about the presidential campaign. A huge part of them watch the political speeches online in Facebook and YouTube. The tipping point seems to be 2008, when Obama focused on social media as the main driving force of his campaign. By all means, the outcome of next year’s elections will also be decided in the social media.