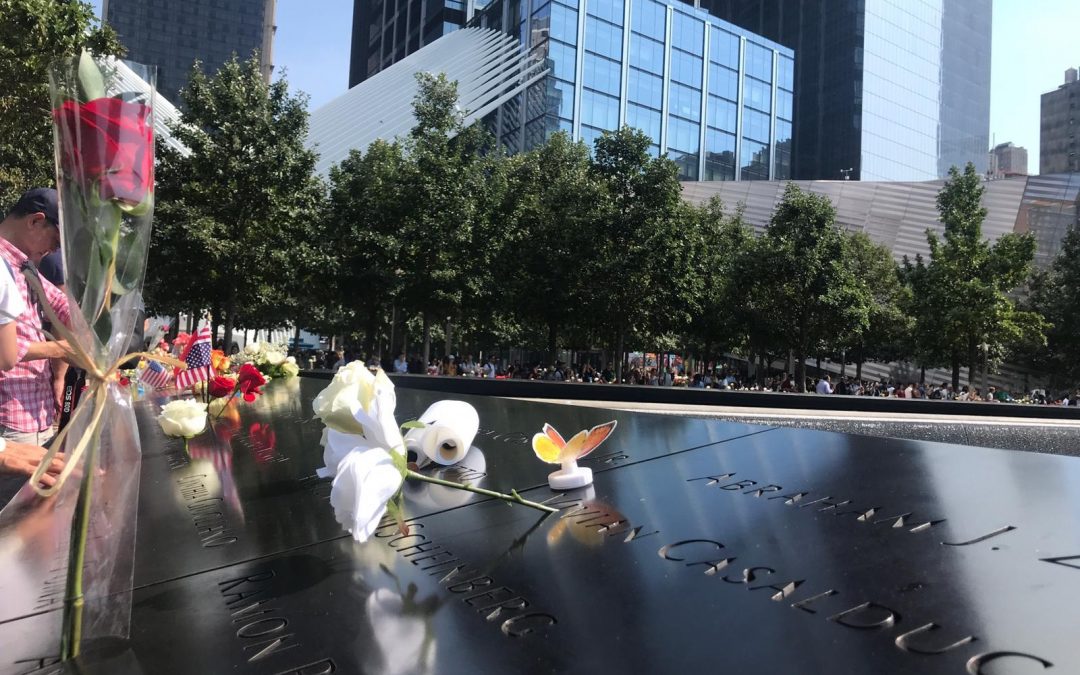 9/11 in New York: Looking back and forward

It was one of those mornings one could feel springtime approaching. I was at home, enjoying an atypical Tuesday morning of my senior year in high school, reading in the backyard.

The phone rang. “Are you ok?” my mom asked on the other end of the line. She was shocked by the news from the United States: The Twin Towers, which I had only seen in pictures and movies, were in flames.

Why would anything be wrong with me? We were both in Argentina, thousands of miles away from New York, but she felt, as many that day, that something was certainly wrong.

Eighteen years later, on 9/11, I am in New York. At 9:03 a.m., a bell fills the silence at Ground Zero, followed by a list of the thousands who died in the terrorist attacks on the World Trade Center and the Pentagon, another target on that tragic day.

Like the museum built in the area, the tribute for the anniversary refreshes a painful memory, which goes beyond the date and is still present in different ways in American politics.

At the Pentagon, Trump recalled 9/11, alongside his wife: “We cannot erase the pain or reverse the evil of the dark and wretched day, but we offer you all that we have: our unwavering loyalty, our undying devotion, and our eternal pledge that your loved ones will never, ever be forgotten.”

But the country appears to need more than that. John Bussey, associate editor at The Wall Street Journal who witnessed the attacks from his office near the Twin Towers, said he wonders if Americans spend too much time thinking about what happened eighteen years ago, instead of thinking of strengthening the institutions that could prevent another attack from happening and now are under threat.

Many things prove 18 years were not enough time to heal the country – or the long-term illnesses of those who helped repair the cities. 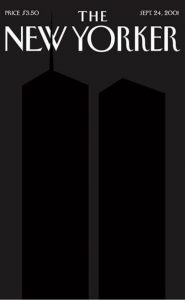 The cover of the New Yoker magazine after the attacks

Recently, Mayor Bill de Blasio of New York City introduced a bill to provide insurance benefits to about 5,000 city employees who worked in the aftermath of 9/11 and were exposed to potential respiratory illness.

Also cultural debates are still ongoing, such as if TV producers and film directors should erase the footage of the towers from movies and television series after 9/11, as discussed in a piece by The New York Times.

However, the deadliest consequence of that day, with death toll still rising, is the Afghanistan war – the longest running war in the United States’ history.

The latest incident of the conflict occurred in the previous days to this year’s anniversary of 9/11. President Trump canceled an until-then secret meeting at Camp David with Taliban leaders to negotiate a peace treaty.

Last month, Trump publicized his plan to withdraw thousands of forces from Afghanistan, while leaving some 8,600 troops. In his presidential campaign, he had pledged to end the conflict.

Former Secretary of State Condoleezza Rice, who served in George W. Bush’s administration told Fox News on Tuesday: “The Taliban have come to the conclusion that we wanted an agreement more than they did.” Rice warned about the dangers of leaving Afghanistan and advocated for keeping “a sustainable presence for some period of time until the Afghans can defend themselves.”

Peace talks and Trump’s plan are uncertain. Even more so after the exit of John Bolton, the third national security adviser of the Trump administration. Bolton was known to be a hard-liner in foreign policy over how to handle challenges such as the Afghanistan war, but also the relationship with North Korea, Iran and Russia.

After 18 years of the 9/11 attacks, it’s clear Americans will never forget. But also, as Bussey said, it appears to be time to look forward.