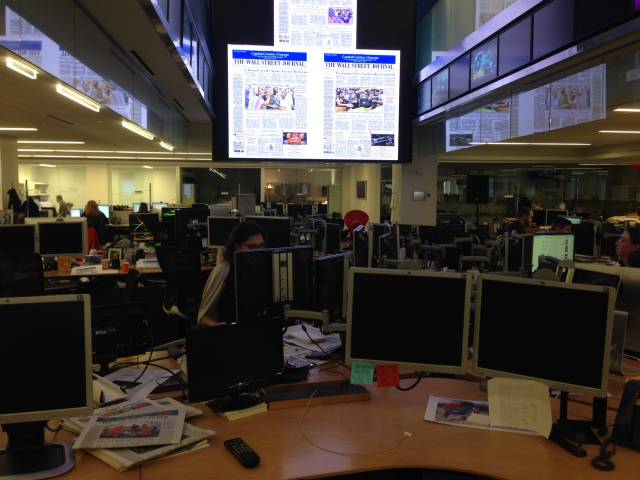 “A painful process”: the transition to the digital environment

“It was a painful and long process”, he said. He wasn’t talking about a break up, a move to a faraway town or an illness. He was talking about the integration between the online and the print in the newsroom of “The Washington Post”. The converge, the join, between the old platform and the new platforms. A way to be up with the times in journalism, to face the sales drop in the drugstores, to appeal to the young readers. A way to survive.

The “painful process” is not only a Washington Post’s property. “The New York Times”, “The Wall Street Journal”, “The Miami Herald”, “CNN” and other big media have lived or are living the same situation. Each company with its style, its speed, its strategy, and with more or less success. In the newsroom of La Nacion newspaper, the company where I work in Buenos Aires, we are facing the same challenge. It’s an everyday issue in the hallways, and is leaving scars in every member of the newsroom. The resistance to the change is part of the human nature.

Other media that we explore during this fellowship were born in the digital environment, with other kind of model of business. Politico, The MinnPost, ProPublica and The Texas Tribune are some examples. And they show to the traditional media the answer of all the questions: is possibly to do good (very good) journalism in the web. 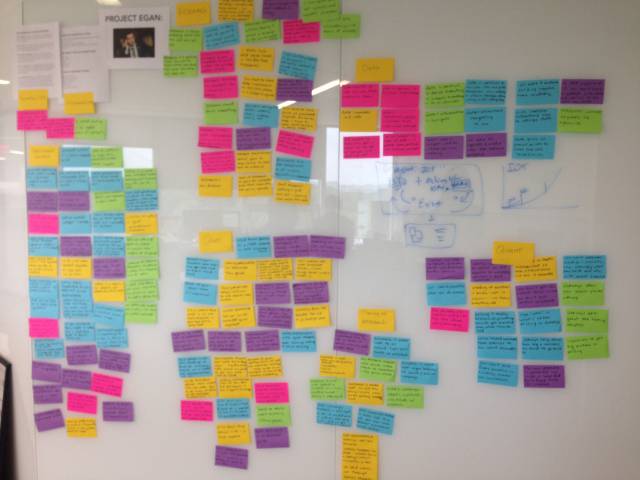 Let’s see the balance. According to the appraisal of the best editors and the CEO’s of the biggest media companies, the people spend less and less time in front of the screen of the TV or reading the black and white paper. “We know that we are not going to increase our paper audience, and this is it”, Martin Baron, executive director of the Washington Post said.

If you are in your twenties or your thirties, and you are a very busy student or a full time professional, probably you are going to set your timer at 7am. Still being very sleepy you tap your phone, and before opening the curtains, even before washing your teeth, you start to watch to the small screen surrounded by the darkness. First, What’s App: “Did someone wrote me already?”. Second, Facebok: “Oh!, here are my friends hanging over… And this NYT article seems interesting… Look to this crazy video in Fuzzfeed!”, you think. You continue with Instagram: “What a cool shot!… Is this girl pretty or is because of the magic of the filter?”. Time to get out of bed. With your pijamas on, you make your coffee and prepare some eggs with bacon (toast with cream cheese in South America). You turn on the TV and set CNN, but you seat giving your back to the morning anchor. With one hand you hold your mug. With the other you swipe the small screen. You open the NYT and The Wall Street Journal apps, and with your finger you scroll and read all the headlines. “Ten people shoot in a campus in Oregon”, “The shooter died”, “Obama is going to give a speech”, “Russia attacks Syria”, “How to improve your abs”, “The sexy outfit of Kim Kardashian”, “Trump is still leading the GOP polls”. All in 45 seconds.

How to face this new habits? Is not that the people are not interested in the news anymore. Probably, we have more information than ever before. And we still love the good journalism. The main newspapers in the United States are looking for strategies to survive in the online environment. Almost all of them were transformed in the recent years. “Every reporter feeds both platforms with the general rule of digital first. We can make some strategic decision about when to publish, but generally we publish when we’ve got it”, Baron said.

The traditional journalists suffer the change. They are used to write “for tomorrow”, they don’t like to work twice, they want to hide the scoops, they don’t like to compete with Google, Facebook or Twitter. But the editors made radical changes. “We had a very challenged integration. And changing the roles in the newsroom is part of the process”, Christine Glancey, training editor of the Wall Street Journal explained.

In a very inspiring chat with Dean Baquet, executive director of The New York Times (one of the highlights of this fellowship), he admitted the tremendous changes that the company suffered in the recent years, but he showed his point of view: “I don’t want to hear about online or print edition but from stories of the day. If you care about the content, the coverage of the paper becomes itself”.

This are just some of the good practices that we have to learn about. Not only the journalist, but also the editors, the media businessman and why not, the nostalgic readers.  In Argentina, in Latin America, still in the United States and in the rest of the world.

I insist, is not that the (good) journalism is dying. Let’s look at the metrics: “The Atlantic”, 30 millions of readers online; “The Washington Post”, 44 million of unique readers and close to NYT (40% are millennials); “The Wall Street Journal”, 3 million of subscribers.

On the other hand, a lot of non-profit organizations are doing journalism with high quality, without vice and making nervous to the CEOs of the traditional media. Risky people that left their jobs in the big newspapers to dive in the online sea. “Politico” is a great example: 200 writers that reach influential readers with a system of subscriptions and premium content. They have fun and they do good journalism. Another case: “The Texas Tribune”. They diversify their incomes with different types of donations (sponsors, foundations, memberships, events). “If a sponsor piss off because one of our articles, I don’t care. We are just doing our job”, their editor in chief said. “ProPublica”: with the founding of a rich supporter they developed a great site on investigative journalism that competes with the biggest. 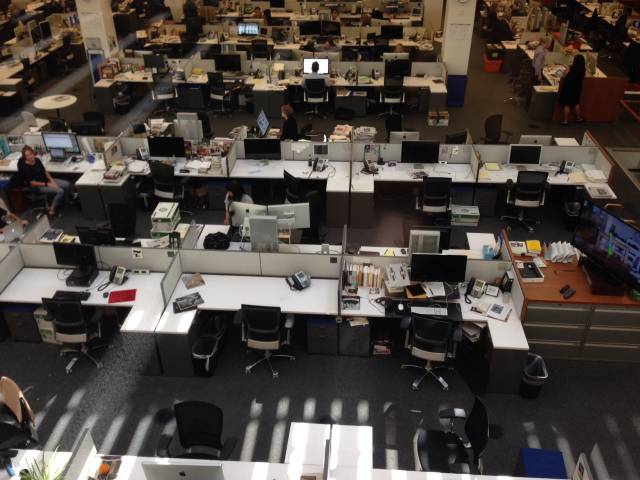 But after visiting all the “popes” of the american journalism I must say that the best lecture that I had was in a classroom. In the Northwestern University of Chicago we shared some time with students of journalism. After an enriching talk and Q & A I asked: “How are your habits in consuming the media?”. A smart girl answered: “We all read the papers because we are studying journalism. But my friends, a few years ago, they didn’t know anything about what was going on in the world. Now, because of Facebook, they read some interesting articles and investigations online and they are more enlightened”.

Nothing else to say but that we can use all the advantages of the social media and the online tools to make better journalism. After all, is all about producing good stories that can make the difference. Like in 1966, when Truman Capote published “In cold blood”.