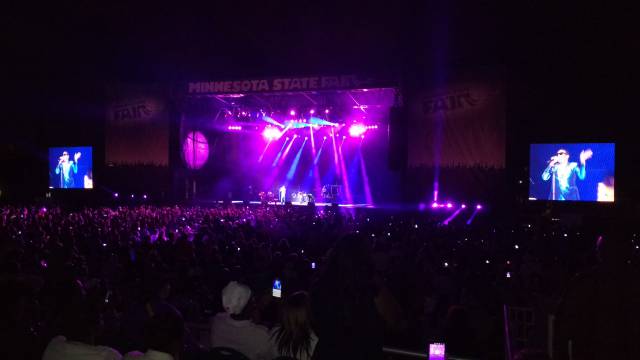 Local black activists are taking their push for change into different terrains in the Twin Cities, from the Minnesota State Fair to the classrooms of North Minneapolis. There is a color that marked two interesting initiatives we came to know first-hand: purple. As in Purple Rain, the most popular song from the late musician Prince, Minnesota’s most renowned artist.

The Minnesota State Fair, an annual event of gigantic proportions and enormous economic revenues, turned into yet another battleground for Black Lives Matter’s movement plea for cultural change. Purple was the color that marked their victory, a year later.

In 2015, NAACP local chapter president Dr. Nekima Levy-Pounds led a protest in front of the Fair that received more than 1.7 million visitors during its 12 days. She argued that minorities, and the black community in particular, were underrepresented. The Minnesota State Fair is big and profitable. The overall economic impact is about US$ 245 million and earnings rise up to US $75 million.

One year after, Dr. Levy-Pounds still thinks that a 10.5% minority vendor rate is still underrepresented, but change is happening. She is no longer protesting at the doors and she participated with WPI Fellows in a meeting with Fair’s General Manager, Jerry Hammer. Differences persist, but the exchange is polite.

Media/Communications Business Strategist, Monique Linder recognized that progress has been made. A sign of this progress is the organization of a Prince commemoration festival, named Unite in Purple. The concert gathered a crowd of thousands of fans, most of them African-American, with a vivid show that included Prince music and an electrifying performance by R&B and Soul artists, Fantasia and Charlie Wilson.

For the first time, they felt protagonistic at an event that used to be predominantly white. Visitors to the fair reached a record number of 141,023 on Unite In Purple day two of the fair, a 26,731 difference from the year before of 114,292 attendees. 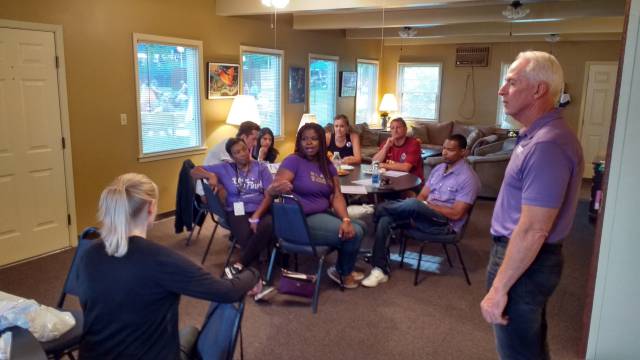 The concert was not the only one sign of change.  A Black Lives Matter movement booth was present and the local community radio station KMOJ, which serves the African-American community, participated for the first time. According to Mr. Hammer, “they never applied before”.  He has been the Fair’s manager for the last 20 years and insisted that the doors have always been opened for black artists, radio stations, and vendors.

Dr. Levy-Pounds, a former University of St. Thomas School of Law professor, who now dedicates herself to activism full-time, thinks that change has come thanks to actions like last year’s protest. Regardless of their differences, both attended the fair with the Unite in Purple commemorative t-shirt, paying tribute to Prince.

Purple was also the color of the tie that Mr. Eric Mahmud wore during our meeting with him at Harvest Preparatory School,a unique educational initiative in North Minneapolis. Long ago, Prince offered Mahmud a key financial boost for his unique educational project. “He heard about our school in ‘92 and made a significant contribution to the school, that’s why I am wearing a purple tie”, said school director Mahmoud.

The engineer turned to Education after a battle against cancer and funded a project with an ambitious objective as he states on this video presentation: to put the penitentiary school system out of business.

He started an alternative way to approach education with his wife, Elle, and a group of 10 kids in 1985. The Harvest School Network now has more than 1,400 students and plans to expand his operations. With 99% African-American students enrolled, compared to an average of ten percent (10%) statewide, Harvest Prep defies establishment ideals.

According to Mahmud, the different between this Charter School is in the ethos, rather than in the curricula. “Children can succeed with good conditions, regardless of their zip code” he argues. At Harvest Prep School, kids sing the Black-American National Anthem and use successful African American history and life stories, as examples for their students. “We have always had presidents and first ladies…”, said a sign made by the students in one of the institution’s corridors, with pictures of different African presidents.

Each week, a reflection on different native African languages concepts are discussed and they have a unique discipline system that rewards with points. It is also a school with a high presence of social workers.

The strong performance results show that he is moving student achievement in the right direction. Student’s academic performance surpassed some of the most privileged neighborhood schools.

The school is located in North Minneapolis, where 70% of the families are headed by single parents who live in poverty. This community registers the highest crime rate in the state of Minnesota and the widest racial employment gap in the country.

There are no exclusions in this project. “We have a growing number of Latino students and the doors are open to students of all races”, sustained Mahmud. There are faculty members of multiple ethnic backgrounds and it’s indeed open to children from any race. Today, it is predominantly African-American. 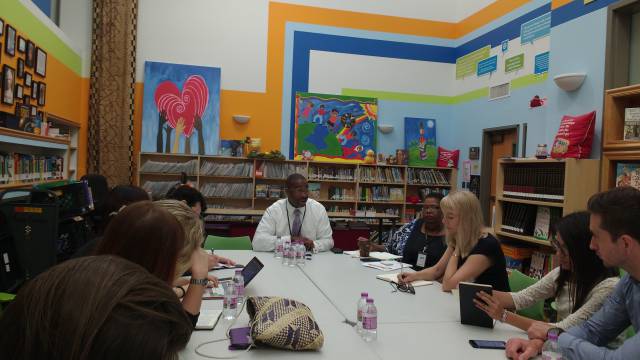