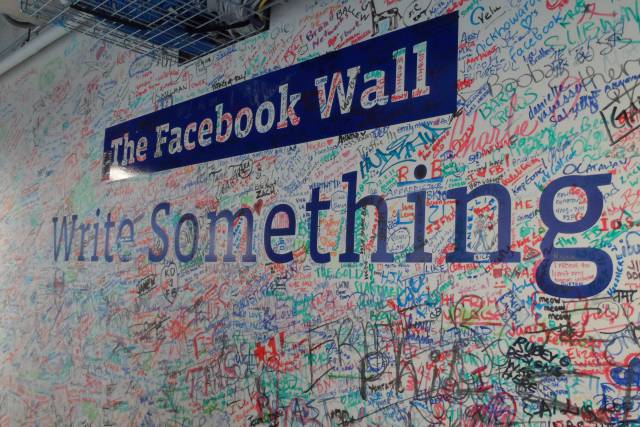 A Visit to Facebook New York (Who Wants to be a ‘Social Media Journalist?’)

Facebook’s New York office on Madison Avenue has that young and brash vibe that you would expect from the social networking giant (though a bit underwhelming, I would imagine, compared to its Menlo Park, California headquarters which we will visit in a couple of weeks).

There’s a Facebook Wall filled with graffiti.  Grab some colored felt-tip pens and merrily doodle away.  Madonna signed her name on the wall. 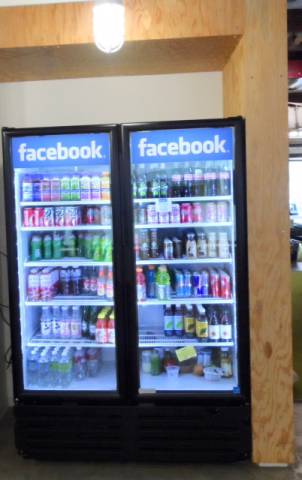 There’s a dining area that has a college cafeteria feel, with a well-stocked refrigerator for drinks and a bar for snacks and meals which staff members can grab as they please. 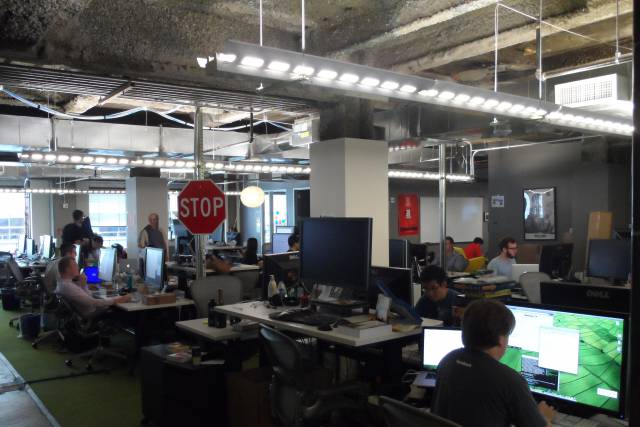 Oh, and there are work areas, too, which have an industrial feel.  Slogans are posted all around, presumably to keep folks inspired and motivated.

We were met by the college schoolboy-looking Vadim Lavrusik, Facebook’s journalism program manager.  His bio says he ‘works on public content product and partnerships to improve social journalism on the platform.’  Still not sure what that means. 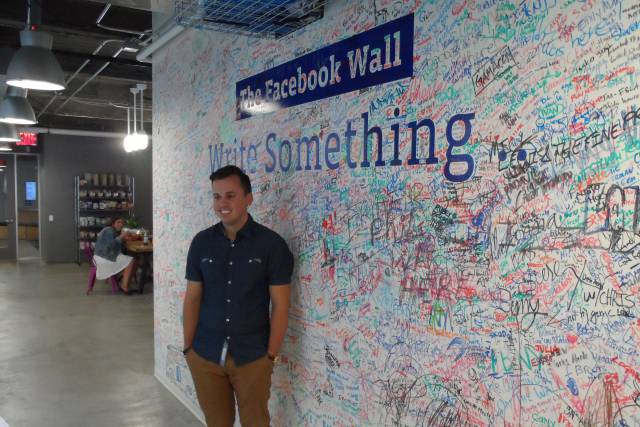 Anyhow, he rattled off some Facebook stats:  1.2 billion users worldwide, up to 100 million people in the U.S. access FB every night during primetime (50% are 18 to 24 years old, not surprising), 14.29 hours spent per month on mobile Facebook in the U.S. versus 6 hours on Instagram.

Hashtags are now supported on Facebook, largely due to its popularity on Instagram, and soon, FB will have trending topics, as well. 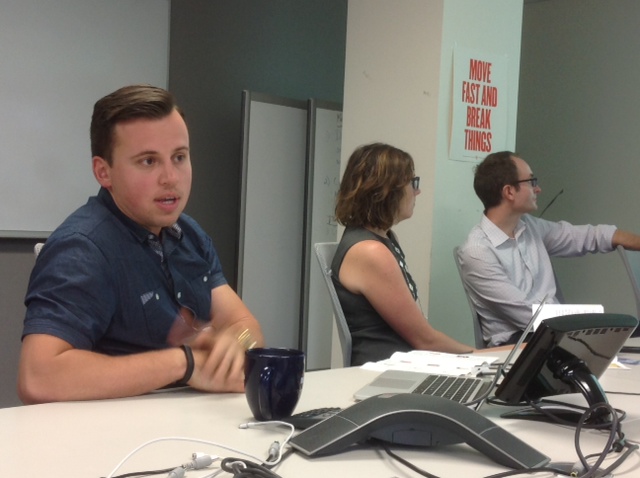 But a large part of the discussion focused on journalists (whether from professional media organizations or ‘social media journalists’) and how to drive more traffic to their personal Facebook pages.

Some of the suggestions sounded superficial and seemingly had nothing to do with actual journalism, such as choosing your profile photo: ‘Choose a headshot photo that is professional and shoulders up…  Upload a cover photo that represents your work but keep it authentic and not overly promotional’ (see Facebook page on ‘Best Practices for Journalists on Facebook’).

Other tips were practical, though nothing new for journalists (unless he or she is a dinosaur): share breaking news, keep followers updated, share behind-the-scenes photos and videos to grab attention.

For example, Philippine TV network ABS-CBN’s late-night newscast ‘Bandila’ has its own Facebook page where producers engage with followers through news bullets, photos, call-outs for photo/video contributions and opinions on hot issues.  This, however, is a Facebook page for the program, not a person. 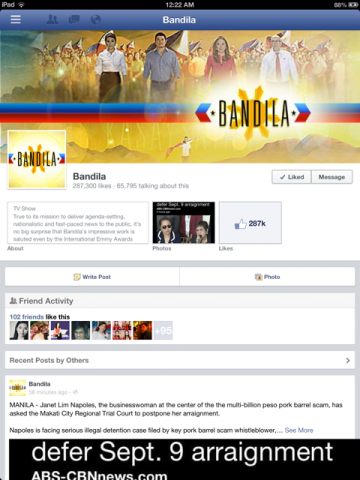 In the past, even without Facebook, opinion columnists had personal branding and they brought in the readers to newspapers, he explained.  Lavrusik adds, “Facebook users want to interact with a person rather than an organization.”

I have my reservations.  In a social media world there is too much focus on personalities and pseudo-celebrities, sometimes, I just want the real news and information.