Many liberal Americans, as well as many liberal Finns in my home country, were shocked when they learned that the Supreme Court might overturn Roe v. Wade. That would mean there would be no more federal protection for abortion rights.

“We hold that Roe and Casey must be overruled,” wrote Justice Alito in an initial majority draft circulated inside the court, according to Politico. Discussion about pro-life or pro-choice can be a hot topic in the upcoming midterm election. 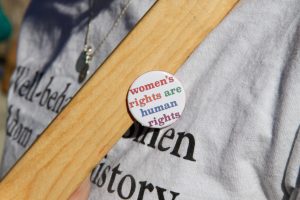 In 1973, Roe v. Wade was a landmark legal decision. U.S. Supreme Court struck down a Texas statute banning abortion, effectively legalizing the procedure across the country.

Illinois – “a beacon for freedom for women”

Less than an hour after Politico announced the leak from the Supreme Court, we met David Greising, the president, and chief executive of the Better Government Association. BGA has been a watchdog overlooking the U.S. government for over a century. This nonpartisan actor shines a spotlight on the workings of government in Illinois through investigative journalism and policy advocacy.

Unfortunately, I wasn’t yet aware of Politico’s shocking (though maybe not unsurprising) reveal before the meeting at Medill School of Journalism, but luckily I got hold of him by email afterward.

“Every state that borders Illinois is expected to restrict abortion access if the draft opinion becomes law,” he wrote. “Already in 2020, 10,000 women from outside Illinois obtained abortions in the state. That is up from fewer than 3,000 in 2014.”

He continued: “Governor J.B. Pritzker on the morning after the leak called Illinois ‘a beacon of freedom’ for women who need abortions. Illinois last year also passed a law that enables girls under 18 years to obtain an abortion without parental consent. Clearly, Illinois will continue to ensure abortion access. But even so, not every woman has the means to travel across state lines to obtain an abortion. This creates a significant equity issue.”

The leak reflects the politicization of the Supreme Court as an institution.

“U.S. politics are highly polarized, and the Senate refusal to even consider Merrick Garland’s nomination nearly a year before Obama’s term ended, then push through Amy Coney Barrett just weeks before Trump’s term ended has undermined public confidence in the court,” Greising wrote.

“We have no way of knowing whether this threat to the court’s legitimacy was a factor in the leak, but there is no doubt that the flip-flop on standards for confirmation have politicized that process. It has been a direct blow to the perception of a Supreme Court that is above politics.” 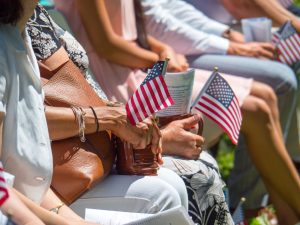 Discussion over abortion is heated and it has violent consequences for both patients and providers. According to The Center for Investigative Reporting Reveal, as the end of Roe appears imminent, abortion rights groups are predicting that acts of intimidation, harassment and violence will skyrocket. And they say providers and patients have precious few protections.

Also, this will be a major point of discussion in the upcoming midterms. As NPR wrote: Democrats hope abortion will jolt young voters into action in the midterms. And as The New York Times wrote: midterms’ biggest abortion battleground is going to Pennsylvania, estimating that as many as 28 states are likely to ban or tightly restrict abortion.