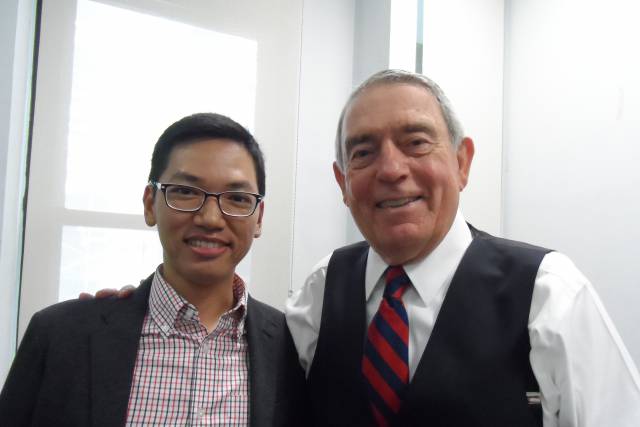 An Encounter with Dan Rather (On Celebrity Gossip, TV Politics and Passion for Journalism)

Before the pretty boy news anchor superstars Anderson Cooper and Matt Lauer came, there was Peter Jennings, Tom Brokaw and Dan Rather, stalwarts of U.S. network news.  The latter three were dapper, indeed, but it seemed that journalism came first for them; that their brand of reporting seemed not overshadowed by celebrity and stardom — uncommon with many news anchors today.  This is a reality that does not escape Dan Rather.  “There’s no dignity in television when you reach a certain age,” he says.

Jennings, Brokaw and Rather came at a time when the Internet was not even a dream. They had a captive — and captivated — audience in the growing TV market. They covered the biggest events of the late 20th century to the start of the new millennium: the Vietnam War, the Cold War, the race to the moon, the Gulf Wars, the 9/11 World Trade Center Attacks.  It was a golden age for these iconic news anchors.  And I had the great blessing of meeting one of them.

We don’t get CBS in the Philippines, but I certainly knew Dan Rather from other media and the books he authored.  For someone who was told, at first, that he was too stiff and humorless to be an anchor, and would fail as successor to Walter Cronkite, Rather is now on his 6th decade in the industry, 40 years were spent in CBS, 24 of which were as anchor of the Evening News.  Reading his book, he seemed quite wry, pragmatic and earthy, but also very principled and crusading in his convictions.

The prospect of meeting and interviewing him made me light-headed with nerves, and when he finally emerged from his office at the modest space of Dan Rather Reports, the WPI fellows were mesmerized and overcome with excitement.  The first thing that strikes you is that he’s tall, cuts a good figure in a suit, serious but affable in a fatherly sort of way. 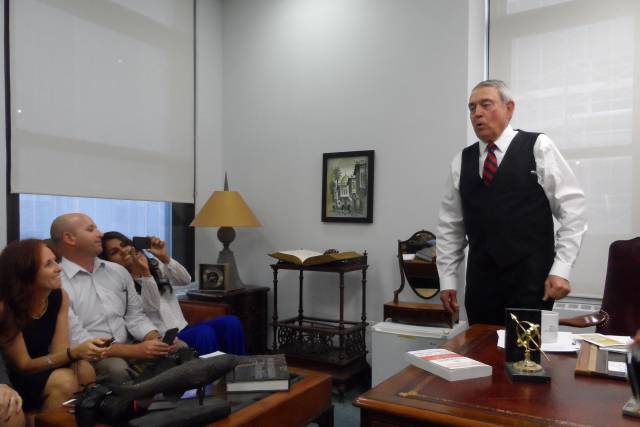 He ushered us into his office, and even during our brief introductions, he paid close attention to every person, and offered anecdotes about our work and countries.

The first question posed to Rather was no less controversial: Why leave the primetime anchor’s desk in one of the top U.S. TV networks after 24 years to put up an independent production outlet?

Rather answers candidly, “[I] was forced to leave or asked to leave.  I was considered too hot to handle.”  It seemed his reporting has been ruffling not a few feathers. “People who own media outlets, they don’t get in trouble when they report about celebrities and gossip. They get in trouble when they report that the government is lying to you (the people) … some don’t want to earn the ire of government, of sponsors,” he says. 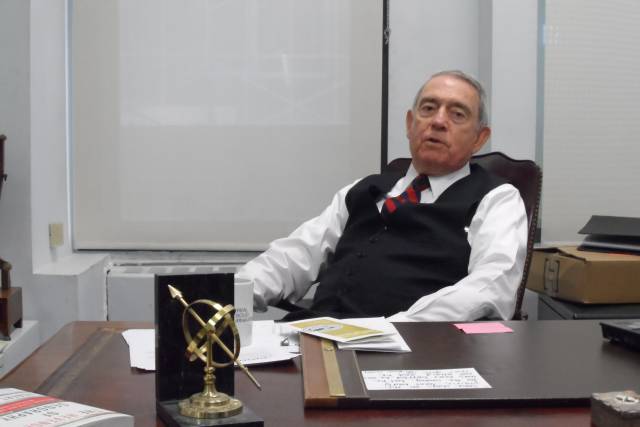 For the 81-year old Rather to have lasted this long in the industry, it seems he’s had a contentious relationship with it.  I asked him why he often spoke about the “trivialization of news,” what he meant by it, and if he feels strongly about it now than ever.

“Yes, I do feel strongly about it,” he says.  “It’s a general lowering of standards of news; the emphasis on celebrity reporting. If you spend 15 minutes explaining gossip than explaining Syria, that’s trivialization.  There’s been a dumbing down of news to reach the least common denominator.”  Ouch. Truth hurts.

As with U.S. network news, the same criticism has been made of Philippine news media: too much gore, petty crime and showbiz; too loud, too scandalous, too shrill.  Those who are committed to journalism try their best to go against the tide and report with depth and substance, sometimes with good results, sometimes not.  But they keep trying because, if not, who else will look after the industry and the poor public?

Given such a bleak scenario, will Rather let his grandchildren go into journalism?  “I would encourage anyone to go into journalism,” he says. “Set aside money or fame, it’s a good career, it’s a great life.  Journalism is one of those careers where you have to have a deep and abiding passion.  Do you have a burning heart for it?  If the answer is no, then think of something else.”

Striking words from a man whose simple goal was to be a newspaper reporter.  “With the audience, the main thing is credibility — if they strike you as authentic,” Rather says. “I’m not an anchor.  I’m just a reporter who got lucky.”