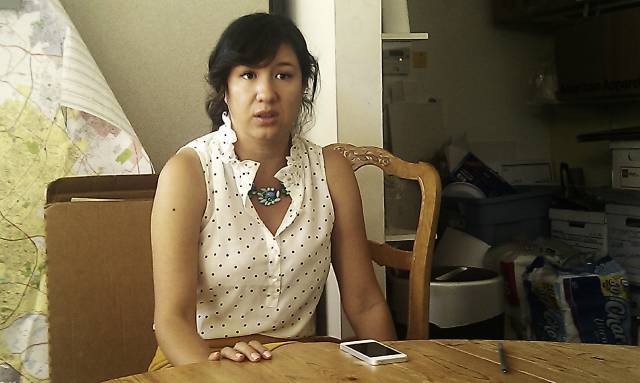 “Battleground Texas” is preparing for a decisive attack in 2014

Christina Gomez is the Digital Director, where she oversees all online communication, including managing BattlegroundTexas.com, Facebook, Twitter, Design and online fundraising.

According to statistics of the independent liberal organization “Battleground Texas” more than 38% of the potential voters in the state are not registered to take part in elections. In a population of 26-27 million people in Texas, this rate is still too high Battleground Texas.analyzes show.

To overcome this problem the pro liberal organization operates on the registration of new voters for the Democrats in Texas. For the last elections in 2012 “Battleground Texas” has registered more than 45,000 new voters.

One of the main questions that “Battleground Texas” is now looking for an answer is how will the new voter ID requirement in Texas (people must now show current state-issued voter ID before they are allowed to cast a ballot) will impact election outcome.
Analysis of the organization shows that it will be mainly the elderly, poor, students, but also married women which have changed their last name in the aftermath of the recent elections.

“Democrats have not won the governorship for nearly a quarter-century, say  Johnatan Martin and John Schwartz in they NYT article “Texas Democrats, Energized, Face Hurdles in Turning a Red State Blue”, published  July 12, 2013. They have not captured any statewide office since 1994. (…) And, as they always do when there is a Democrat in the White House, they will have to walk a tightrope between distancing themselves from an unpopular president and not angering their pro-Obama base”.
According to the findings of Martin and Schwartz „what makes 2014 even trickier for Democrats is that the woman who has become the most-talked-about new figure on the national political scene may not even want to run for governor. State senator Wendy Davis faces a difficult decision: harness the enthusiasm she has won and make a bid for the state’s top job, or stand for re-election and bide her time until the demographics are more favorable and the White House is no longer home to a liberal unpopular in her state”.

„The broader challenge for Democrats in Texas since years is how to keep the spirits of local activists high and the wallets of national donors open without setting them up for a letdown, said Martin Schwartz. Thus, they revealed another of the difficult problems facing Democrats in Texas: With the amount of funding that Conservative republicans have, how do the Democrats hope to overcome the lack of funds to make an impact?
According to Cristina Gomez, Director of Digital Battleground Texas it is really difficult challenge. She oversees all online communication, including managing BattlegroundTexas.com, Facebook, Twitter, Design and online fundraising.
Born and raised in Austin, TX, Christina most recently served as Senior Digital Strategist for the Democratic National Committee during the 2012 presidential campaign. Prior to joining the DNC, she was the Executive Director for the largest and oldest Latino policy caucus in the United States and managed the communications agenda for a senior member of the Texas House of Representatives.
Another major challenge facing Democrats in Texas is bolstering the political power of the state’s Latinos.
“There are 2.1 million eligible Hispanics not registered to vote and another 1.3 million Hispanics who didn’t participate” in 2010, said for NYT State Representative Trey Martinez Fischer, a San Antonio Democrat who is widely seen as eyeing statewide office. “So I’d like to see those 3.4 million voters get in the discussion like we’ve done with women and then I think Texas becomes a more aggressive proposition”, Fischer said.
To succeed in this competition activists from Battleground Texas will have to mobilize thousands of volunteers available to prepare the next votes in Texas.
Despite these efforts, however, no one is yet able to predict with certainty whether Democrats will be able to win or not the Texas 2014’s elections.