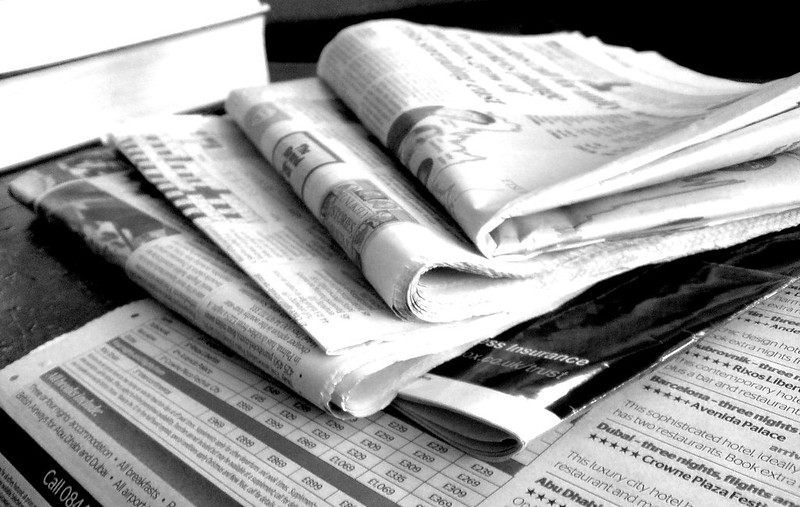 Can US local journalism be saved?

The Cook County News-Herald, a weekly newspaper of Grand Marais, Minn., was on the brink of closure and almost did not make it to its 130th anniversary.

The internet has demolished the advertisement-driven business model of newspapers, with small town papers being hit the hardest. In about two decades, the Cook County News-Herald lost 45% in circulation.

“Small papers and large papers lost ‘classified ads’ to online venues,” said Editor Brian Larsen. “Some of them also went online and that was also a huge loss to papers. Then, there was the younger generation that started getting their news for ‘free’ via the internet. That meant fewer newspaper subscribers.”

The weekly survived the digital disruption after being purchased by New Jersey-based CherryRoad Technologies. However, many local newspapers did not.

Since 2004, about 2,100 local newspapers, or 25%, have shut down, leaving more than 200 counties across the United States with no newspapers and and no alternative source of credible and comprehensive information on critical issues, according to a study by the University of North Carolina at Chapel Hill. Researchers call these news-deprived communities “news deserts,” many of which are among the most vulnerable and struggling economically. During the same period, there are only some 500 digital news outlets, which fail to fill the information void.

“Seven or nine years ago, people were writing stories about ‘would The New York Times survive?’” the Executive Editor Dean Baquet told WPI fellows. “We clearly have and are thriving. For the news organizations that made it through this period, I think everybody is better.”

He continued: “I am really worried about local news, and I don’t know what the solution is. I don’t think national papers are stealing the audience, it’s that the economics really work against local news organizations. We can attract a big enough audience of subscribers to pay for what we do, but if it were a paper in a medium-sized American city, when advertising went away, you would be dependent on the audience. You can’t attract a big enough size of audience to pay for a robust newsroom, especially in poorer communities.”

He added that training journalists to do better local news reporting and setting up nonprofits may be the way in the future.

Other news organizations are also stepping up to tackle the local journalism crisis. In 2018, ProPublica, an NGO dedicated to investigative journalism, started the Local Reporting Network. It pays the salary for the reporter and provides resources for one year if the project is accepted. ProPublica also started regional hubs to improve local coverage.

Larsen said CherryRoad Technologies’ acquisition has so far been nothing but positive for the Cook County News-Herald, as it gives the newspaper a bigger budget and upgrades the newsroom’s equipment.

He also hopes that a political solution will be arrived at to protect fragile local journalism.

Sens. Amy Klobuchar (D-Minn.) and John Kennedy (R-La.) introduced the Journalism Competition and Preservation Act last year. The legislation aims to empower news publishers to compete more fairly by granting them immunity from federal and state antitrust laws for 48 months while they negotiate together with digital platforms, such as Google and Facebook, according to a news release from the senators.

Larsen said: “We will see if that bill goes anywhere.”

The index photo by NS Newsflash is licensed under CC BY 2.0.