The disconnection between George W. Bush’s position with regards to immigrants and his party’s keeps growing and affecting the Republican’s image amongst the immigrants.

The immigration reform is still a pending debate in the U.S. Congress. / Photo: AFP.

Some days ago, we had an interesting meeting with a few consultants in Miami, Fernand Amandi and a partner of his (please, Amandi’s partner, forgive me for not remembering your name). They work at Bendixen & Amandi International and, because knowing about politics and communication strategies is their business, they tried to describe us the way the debate about immigration moves in the American political arena.

At some point they referred to George W. Bush and his brother, Jeb Bush (the latter will most likely persue the nomination of the Republican Party in order to become a presidential candidate) Then the consultant Fernand Amandi said: “ I believe George W. Bush genuinely wants the Immigration Bill to be passed. After all he strongly supported the Immigration Reform Act when he was President”.

(Bush’s summarised statement on this issue, “I hope we understand the contributions immigrants make to our country”)

Amandi’s words led me to a blog post I wrote some weeks ago, talking about how I had met a few nice Republicans who actually liked immigrants in the U.S. “Not all Republicans are like George W. Bush”, was my headline.

I guess I owe Mr. George W. Bush an apology for implying he wanted immigrants to leave the country rather than allowing them to stay. In my defence I will say, however, that I was subject to what Fernand Amandi and his partner were highlighting: the complete disconnection that there is between what some leaders of the Republican Party –such as the Bush– fight for and what has come to be spread as the official position of the Republican Party.

For me, as an outsider, following American internal policies may not be a priority, even if it involves immigration issues, given their foreign policies keep me busy enough. Nonetheless, the information one get from the media becomes confusing. On the one hand, there are plenty of Republicans stating they will do whatever they can to ‘sink’ Obama’s immigration reform.

On the other hand, there are states such as Arizona (traditionally Republican) which tried to pass a law that pretty much allowed law-enforcement agents to go after those they would consider illegal immigrants. Are these the times of racism based on people’s origin?

President Bush, I’m sorry for saying you do not stand by the immigrants in this country. However, you must do something about the image your party is sending to the world, and you must do it quickly. Otherwise, all the illegal immigrants who want to live under better conditions in the U.S. are missing the opportunity to achieve so, whereas the Republican party is losing as well: you are losing voters. 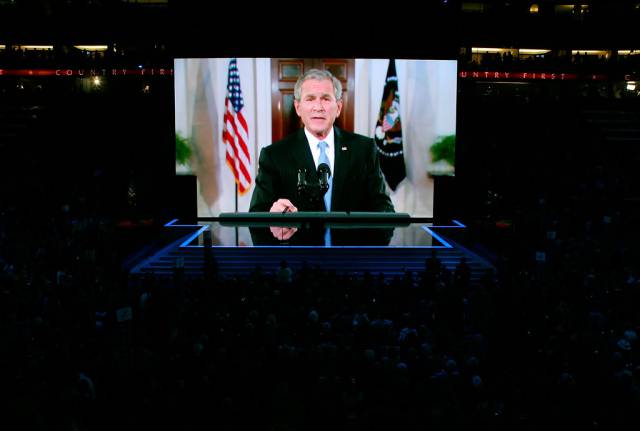