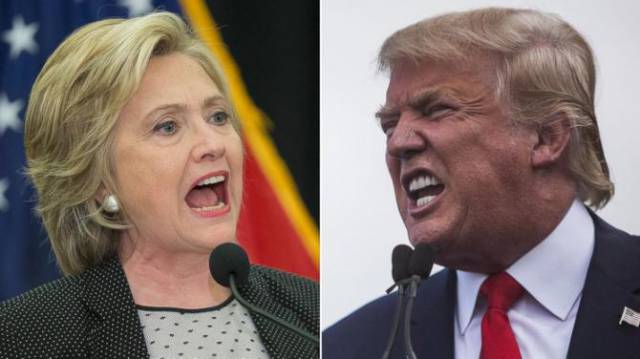 Conspiracy Theories: Like the African Voter, the American Voter is not Perfect

Many Africans who haven’t been to the United States or closely followed its elections will perhaps paint a utopia if asked to describe the country’s electoral system.

Why not? The US has marketed itself as the greatest democracy in the world. Africans are used to being told by the gazillions of electoral observers from the God’s own country who swarm glitzy hotels, driving armoured SUVs at breakneck speed that their elections are not up to scratch and are mostly flawed by irregularities

Voters’ education is a favourite of these group of Western monitors and observers. They usually gather their local counterparts in air-conditioned auditoriums for endless train-the-trainers seminars. These local social workers in return are expected to teach voters how to make informed choices. How to hold politicians, who are seeking for their votes to account.

The US must have the most informed voters in the world, I used to think. Voters in the US aren’t as unteachable like the Nigerian voter, who has an indefinite capacity of being fooled by politicians.

Not the American voter.

The American voter has the abundance of a flowing fountain of 240 years of democracy and civil liberty to draw from. His country is wealthy, so his electoral decision is not made for him by the rumbling in his stomach. He didn’t attend chicken coops disguised as schools so he is knowledgeable enough to sift the wheat from the shaft of political  scam. Above all, he has the biggest media industry in the history of man at his disposal to help him make informed electoral decisions.

Or so we thought.

The 2016 American Presidential Election, the first I am paying more than a cursory attention to, has shown that the America voter in Sunnyvale, Texas may not, after all, be much sophisticated than his counterpart in Sabon Gari, Kano, Nigeria.

So like in those “lesser” parts of the world, which Uncle Sam and its motley offsprings of good governance non-for-profits like to tutor about democracy, this year many American voters, like never before, will be relying on conspiracy theories rather than facts when casting their votes on November 8.

According to Joseph Uscinski, a professor of Political Science at the University of Miami, conspiracy theories will play a big part in deciding whom many will vote for in the election. In an article he wrote for Politico last month, Mr Uscinski explained that though conspiracy theories, the Soviet involvement in the death of President John F. Kennedy, the birthplace of President Barack Obama, the complicity of President Bush in the 9/11 attacks, to mention just a handful, have been a part of the American life, it has been unsuccessful in becoming a part of mainstream American political discourse, until in 2016. 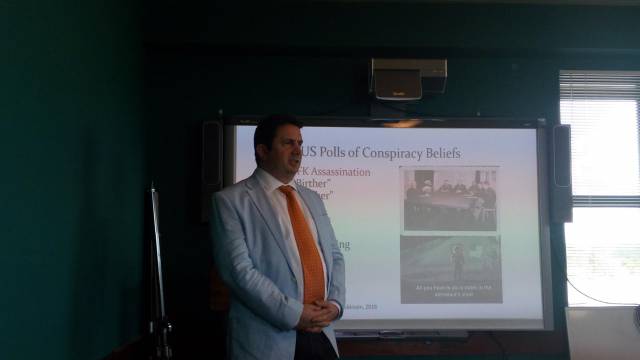 He opined that the mutation of conspiracy theories into a mainstream political discourse has been largely aided because the, Donald Trump, Republican Party presidential candidate has made them the core of his campaign.

He wrote that unsubstantiated stories about the state of health of Hillary Clinton, the Democratic Party candidate; Mexicans and immigrants are rapists and criminals; Muslims and refugees are terrorists, and everything is rigged, no longer exist on the sideline of politics but are now normal conversation accorded primetime slots by the major media.

“Conspiracy theories are for losers,” Mr Uscinski told fellows of the World Press Institute during a meeting with him at the University of Miami campus, last week.

“If you play sports, who complain about the refs after the games? The losers. So just like people say the election was rigged, who says that? The people who lost. Because if you won, the refs were perfect.

“Conspiracy theory is the explanation of something it might an event, it might be a circumstance, that happened in the past, might be happening now or might happen in the future, that may or may not be true, against a small group of people, who are powerful doing something to change our Constitution, doing something undemocratic or generally against the common good.

“So you will never hear a conspiracy theory about the homeless guy. He is never conspiring against us, why? He has no power to do so. It is always people like the President, the FBI, the CIA or the United Nations,” he added.

Perhaps to buttress the point that most of the conspiracy theories that are making the round in relation to the 2016 election have also been propagated by prominent individuals, like the former Mayor of New York, Rudy Giuliani, told Fox News that Mrs Clinton was terminally ill, Mr Uscinski has not relation to mental illness like some argued.

So if the “informed” American voter still relies on conspiracy theories in making important decision as choosing the most powerful person in the world, it is not hard to see how dictators, like Robert Mogabe of Zimbabwe, have been able to cash in on conspiracy theories like Western gang-up, to perpetuate himself in power for over three decades. Or More dangerously as seen in Rwanda, where the conspiracy theory of Tutsi domination was used to control the mind of an entire mass of people to carry out one of the bloodiest genocide in history.

To get an idea how conspiracy theory has flourished in the mind of somke voters watch this video from the Daily Show: