As we, me alongside my host parents Tom and Lou, approach the Sioux Trail at Prior Lake, I’m getting more and more excited. This tiny hill is the location of the 2012 Wacipi, also called as ‘Pow wow’, the annual meeting of the Shakopee Mdewakanton Sioux Community near Minneapolis. Year by year, hundreds of native americans, from all over the country draw near this area to meet the local indian tribe community and to celebrate their culture and traditions. And this year’s occasion is somewhat very special: it is the 150th anniversary of the 1862 Dakota War, the Sioux Uprising, which has been the biggest armed warfare between the United States and the native, aboriginal americans, based in eastern Dakota along the Minnesota River. The conflict concluded with a massacre: 38 Dakota indians were publicly executed. 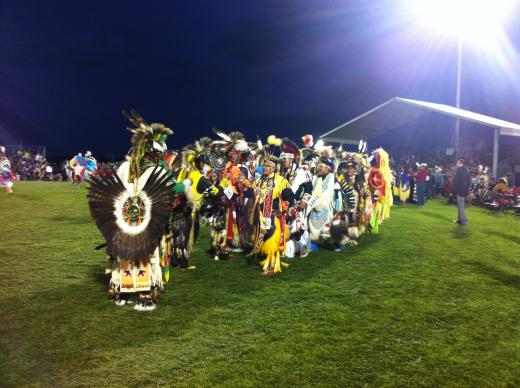 We don’t have space here to dig deep and analyze the historical relationship of the United States and the native tribes of America, nor it is the occasion to write about what special privileges do the aboriginal people enjoy in todays America. I just want to give a taste of and a brief look on how these people respect and practice their tradition. Caravans, trailers, outfit cars and tents girdle the hill, while vendors and costermongers sell food and merchandise, while antediluvians play traditional tribe music. Complete families arrive with painted faces, dressed up in time-honored clothing and everyone’s nearing the arena in the middle of the campground, the location for the traditional dance competition.

This dance session, which is undoubtedly the main event of the gathering, is somewhat a special mixture of patterns both of traditional tribal and modern urban culture. While the dancers, from kids to seniors, do their dance in the manner and with the passion as their ancestors did, the way the whole competition is organized and the way people behave out of the ‘ring’ reveals that these people live a very similar every day life, just like anybody else out of the tribes does. Such a telltaling moment it was, when one fully dressed indian picked up his iPhone, while having a minute break of dancing. As an outsider, it also made me skeptical about the spiritual nature of the whole procession that, all in all, Pow wow is not much more than a masquerade contest, where a jury, combined by the eldest and most respected tribe members, opts on who has the most original outfit and dancing style.  I had a same kind of duplicity feeling, as I left the arena to search something to eat. I bought an original, and very tasteful, Buffalo Burger, but I immediately loose my romantic impression after noticing the fully dressed indians drinking Red Bulls next to me. 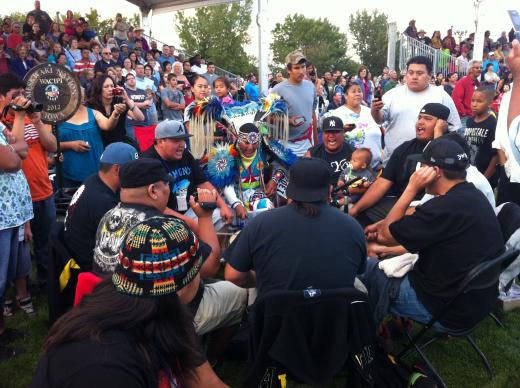 Yet, while watching these people dancing to this absolutely particularistic music, the regular spectator still has the feeling that this is not acting, that these people really do live through these moments, hours and the 3 days of Pow wow with utmost passion. If you take a look at on the videos I made, you can see it by yourself. (Here and here.) And these people can do this super intensive dance hours and hours long, without drinking any alcohol, or taking any kind of drugs, since anything that stimulates is banned here. This is also part of the culture and tradition and everyone take these rules very seriously. No, these movements are only inspired by pure passion. And this is somewhat you rarely experience living the every day urban life.

Tom and Lou has been on a Pow wow a couple of times, but for me, this was the first and I’m still really thankful for them for this special experience. I left the place with some mixed feelings, as well as with a contradictive ascertainment. Wven if a community wants to save and preserve it’s tradition, it can not escape from the influence of the current age. But still, if the commune holds it important, respect and devotion can help to save the spiritual nature and character of tradition for ages.