As a kid, I used to think the whole world ate rice. Then, at 7 years old, my parents took me on a month-long trip to Europe. I realized I was wrong. People ate other stuff like bread, potatoes, and other stuff unfamiliar to a young Filipino boy! I came back to the Philippines nearly emaciated.
My dad’s solution for those rice-cravings in a western country was to look for a Chinese, Vietnamese or other Asian restaurant. He would grab some lemon from the supermarket, bring it to the restaurant, squeeze and mix with soy to make a nice dipping sauce to any Asian dish, of course, paired with steamed white or fried rice.
Decades later, my palate has expanded, and I have come to love other cuisines: Thai, Italian, Persian, Japanese, Korean, French, Indian and yes, American.
So I thought a 2-month international journalism fellowship in the U.S. with the World Press Institute was not going to be a problem. Ha! Again, I was wrong.
I was immediately told by host parent Toni to brace myself for lots of Subway sandwiches along the road. And so on day 2, lunch was black forest ham with cheddar, lettuce and tomatoes on parmesan bread. Not bad. First dinner with the fellows was pizza at Davanni’s (courtesy of WPI executive director David) 3 blocks from our apartments at University of St. Thomas. Not bad, too. Leftover pizza was breakfast the next day.
By day 4, I was going crazy. Raarrrr. Good thing that a lot of the other fellows loved rice as well. So on a free afternoon, we (Elina, Vera, Shakir and Tao) went to downtown Minneapolis in search of rice. And after a long, circuitous walk and the help of google maps, we tracked down Bombay Bistro. I had chicken tikka masala with rice. At last, heaven.

Next day, roommate Tao and I took a walk, and after 30 minutes, found Pad Thai Restaurant. Dinner was chicken in red curry sauce with bamboo shoots, carrots and potatoes and rice. Divine. And the evening after, host parents Toni and Larry took Elina and I to Sawatdee Restaurant. I had curry in peanut sauce and spinach with rice. Delicious.
In less than a week, UST dean Dr. Kris and co-fellow Elina knew that rice was the easiest way to make me happy. 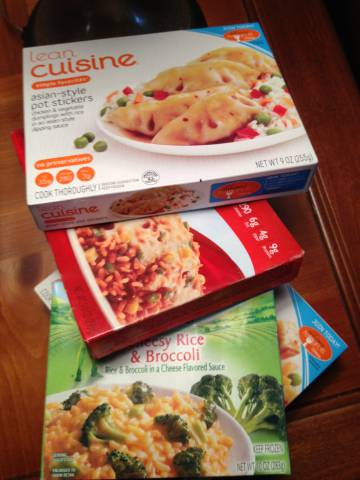 In the apartments, microwaveable rice dinners were a quick fix. Lunch the other day was cheese and broccoli rice paired with — forgive the odd combination — beef franks.  Not so good. 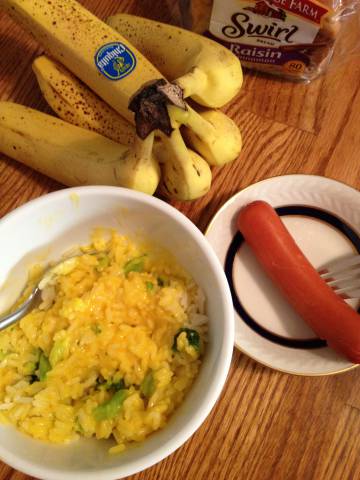 By the way, it appears, my roommate loves to experiment with the microwave oven. He’s made many interesting combinations with eggs. Once with orange juice, another time, with yoghurt. The results were… interesting.
Who knew this fellowship would be a culinary adventure?