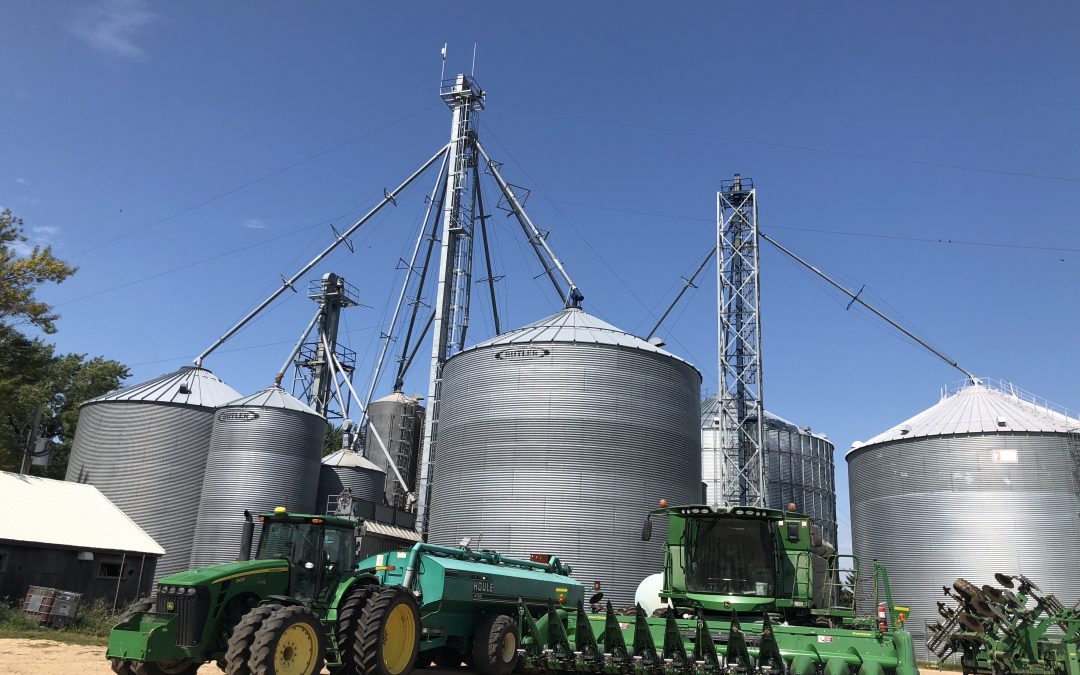 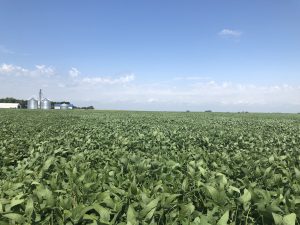 The Fultz Farm in Tracy, Minnesota

A few cars and some trucks are moving along Highway 14, an east-west route that goes through Tracy, Minn. Through the window of the van one can see acres and acres of corn and soybean fields.
According to the 2010 census, Tracy has more than 2,000 inhabitants. It’s part of the Corn Belt, which includes Minnesota and other Midwestern states.
Here, soils are very fertile and rich in organic materials, such as nitrogen and other properties. The conditions are ideal for raising corn and soybean during the warm season.
Agriculture is the number one economical engine in this southeastern part of Minnesota. The farm families who own and run the land often follow a legacy. One example is the Fultz Farm in Tracy. Here, a family grows corn, soybean and sometimes spring wheat. They also breed pigs. Their farm occupies 6,000 acres of fertile land. Most of what they produce is exported to other countries.
Denny Fultz is 71 years old. The land that’s now his once belonged to his parents, who first cultivated after buying it in 1947. His son Jay, age 44, his brother Eric, age 55, and his two nephews also continue the farming legacy. “My grandfather came from Sweden with nothing,” he explains.
Fultz explains working on a farm is hard, especially when it comes to the pigs, and that’s why sometimes it’s difficult for him to hire people to work the land.
“Immigrants want to come and work here. This community accepts them well. We are generally very welcoming to immigrants,” he says. And he adds that most of them are immigrants who came to the United States with nothing, just like his forefathers, to follow the American Dream. 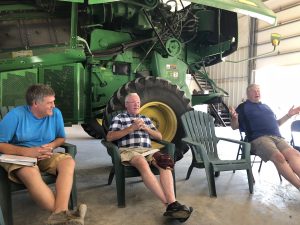 The Corn Belt area provides diversified agricultural goods, as it produces feed grains and livestock. As president of the Minnesota Cattlemen’s Association, Mike Landuyt, represents the farming region. He has a farm with nearly 750 cows in Walnut Grove, a town next to Tracy. His great grandfather immigrated to the United States and bought the land in the beginning of the 1900s. He has of Scandinavian and Belgian descent. Like others before him, he came to America to live the American Dream.
The wind blows under the light blue sky. The land reminds me of Buenos Aires, Argentina, when I was growing up. My father still works on his farm, which belonged to his father, an Italian immigrant. My father took the farm in his hands and expanded it. In a way, he too personifies the American Dream. 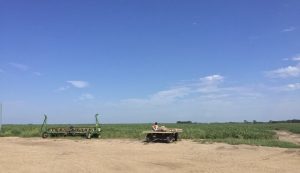 The land reminds me of Buenos Aires, Argentina, when I was growing up