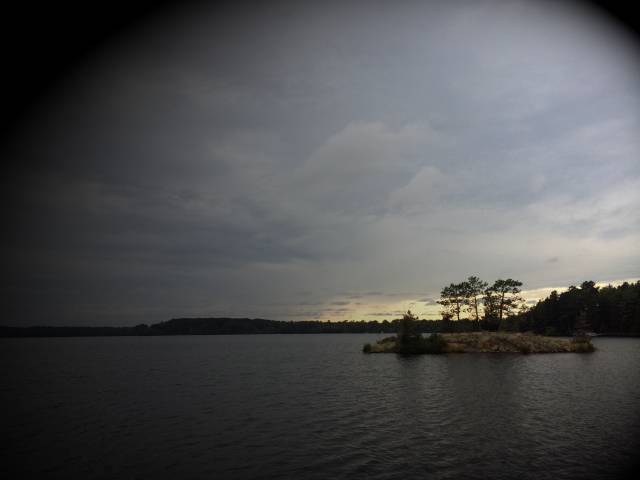 Just a few weeks ago we were nine international journalists in the wilderness area close to the small town of Ely in northern Minnesota, just a few hours south of the Canadian border.

The surroundings are the spitting image of the Swedish forests in my neighboring country. Mind you, when I drive north of the flatter cultivated part, the scenery slowly becomes more raw and hilly.

Neither Sweden or Northern Minnesota lacks cool forest lakes, majestic pines and semi-dangerous wildlife such as bears (though the black bear is considerably smaller than the brown bear) and wolves.

It seems obvious that a significant part of the 800.000 Swedes (add to that Norwegians, Danes and Finns), who immigrated to the US in the end of the 19th century, fell for the familiar and parked their prairie schooner in the state of Minnesota.

The summers in Ely are short yet mosquito-infested. The winters are harsh and can stretch in to April or even May. The snow may lie in meter high heaps and the thermometers can go as low as minus 60 °F. (The lowest temperature was recorded on February 2, 1996 and equals minus 51 °C.)

This year was not an easy winter either. There was ice on the lakes as late as 9th of June. Therefore, the homes are often equipped with snowshoes, snow chains and a stock of canned foods in case of being snowed in.

In Ely people drive Volvos, have firewood ready by the fireplace. They dress practically and end up looking like the descendants of the blonde Scandinavian immigrants, which in many cases, they are.

Now we are 2000 miles southeast of Ely in Miami, Florida.

Technically we are in the same country. But the differences are so immense that it’s incomprehensible. Especially for people like me who are born and raised in Denmark, where a few hours of driving will get you from the southern part to the northern.

In Miami the pines turned into palm trees and the forest lakes are now a hot tub sea. This is no place for thick furred black bears and wolves. Here the alligators, snakes and turtles thrive. 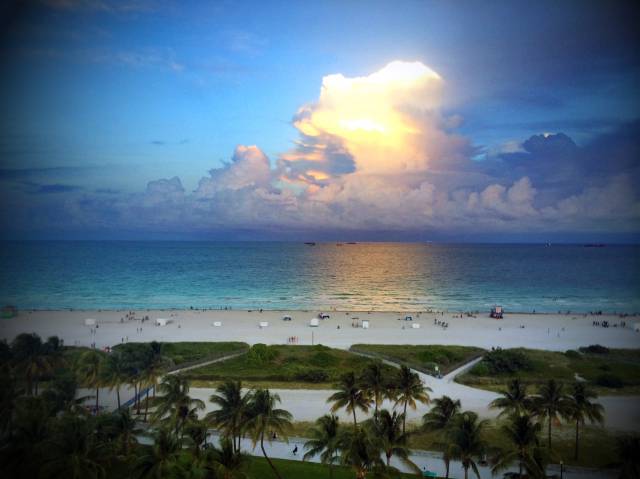 The radio channels play Latin music and practical clothing is long gone. On the beaches and streets of Miami the attire is a mixture of bikinis, silicone and tattoos on tanned skin.

Yesterday it was 90 degrees in Miami (felt more like 105) and the other Fellows made ​​their usual joke as they pointed: “look the Dane is melting again…”.

Yet more visual proof that latitudes have come significantly closer to zero.

Personally I don’t know how you can conduct journalism in such a climate. Hunter S. Thompson described the effects of warm temperatures: “I have never been able to properly explain myself in this climate. Not with the soaking sweats…”.

Our first visit was at the Miami Herald. Here we where welcomed by the former World Press Institute Fellow, Andres Oppenheimer, who is born in Argentina.

He is a well-respected columnist and Pulitzer Prize winner at the newspaper and host of CNN Spanish’s “Oppenheimer Presenta (presents)” which lures just about 60 million viewers in 16 countries in North and Latin America.

Oppenheimer is considered to be a highly influential voice, as his analysis is popular among the many (and rapidly increasing) Hispanic Americans. He has repeatedly interviewed Obama and numerous of other heads of state.

In his column from last Saturday, he argued that Obama should take part in next year’s “Summits of the Americas”. A summit to be held in Panama where 34 heads of states are invited. The controversial part of the summit is that the Cuban leader Raúl Castro also is invited. 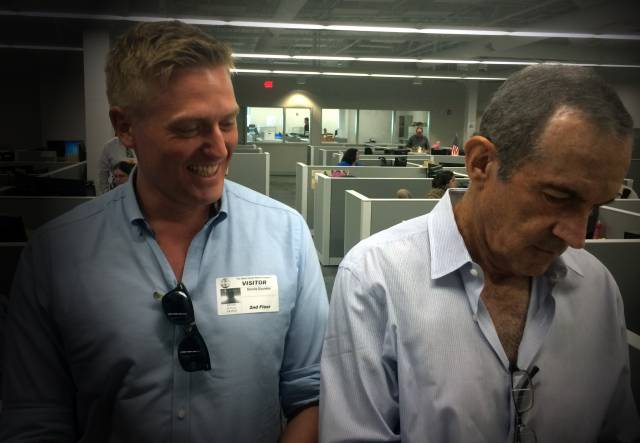 Particularly important are the Latin American votes in Florida, which along with Ohio, can tilt presidential election to either red or blue.

In Florida, it is particularly the large minority of Cuban voters that is said to determine Miami policy, which will then determine Florida politically.

Therefore the politicians do not dare to provoke Cuban voters. An example is that the US still has the 1960 embargo against Cuba. Politicians are simply afraid of sending the older Cuban voters, who tend to be pro-embargo, directly into the arms of their political rivals.

For this reason, even the best Cuban restaurants in Miami, who prides themselves on serving the best mojitos and Cuba Libres, do not have a single drop – at least not on the menu – of Cuban rum. A tragedy.

One of the methods to win the Hispanic voters goes through the Miami Herald and its Spanish outlet, El Nuevo Herald. The Newspapers have influence and reach a lot of Latinos.

After sitting in the air-cooled temperatures, we went back out in to the humid tropical reality of Miami. Again the Dane melted and the others laughed and pointed as he longed (a tiny bit) after the cool forests of Sweden.