Freedom in any way we can 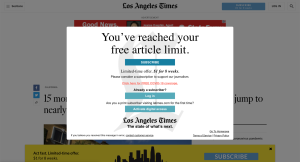 In the past two blogs, we talked about the U.S. constitutional right of freedom of the press. Now let’s focus on how “freedom” works in some other countries.

During the military and civilian dictatorship in Argentina (1976-1983) several journalists and people who publicly opposed or critiqued the government were targeted and threatened. Ultimately, most of them exiled. In Buenos Aires, accessing the truth became almost impossible, and so Argentinians interested in “real” news turned to nearby Uruguay’s Radio Colonia. The closeness to this neighboring country made it possible for people in Entre Ríos and some parts of Buenos Aires to get their signal and listen to the news.

Fast-forwarding to today, restrictions applied in Cuba and Venezuela make it difficult for their citizens to get objective news. Their governments control everyone one way or another, including the press and the internet. (Internet service providers (ISP) filter websites per request of the governments.) Restrictions of freedoms and rights and a suffocating economic crisis led thousands of Venezuelans, Cubans and also Haitians [Haiti is the poorest country in the Latin American Caribbean Region (LAC), according to the World Bank] to try their luck in the United States. Many of them are now based in Miami, where 70% of the population is Hispanic, according to the U.S. census webpage.

Their influence in the Florida scene is so important that Jacqueline Charles, the Caribbean and Haiti correspondent for the Miami Herald, said: “Coverage of Haiti, Cuba and Venezuela are considered local stories for us. Meaning, we do not approach them as foreign stories where you occasionally parachute in. My colleagues and I look for stories that resonate with the communities here and in the respective countries.”

The newspaper aims to serve as a reliable news source for those who are still living in their countries.

“Given our coverage and commitment to them as readers and consumers of news, we have made certain content on our respective channels free to them, meaning it is not hampered by a paywall,” Charles said. “This is part of our public service to inform readers in those countries who are looking for objective and balanced reporting of news that most affect them.”

But here is the tricky part. Even when the content from Venezuela, Haiti and Cuba is unlocked for them, they may still not be able to get it for free.

“Given limitations in Cuba, we’ve learned that some Cubans have had to find ways around the state’s restriction on the internet and are using U.S. IP addresses to surf the internet,” Charles explained. “This means that they are hitting our paywall since this same content that is free on the island is behind a paywall, stateside.”

The use of proxy servers or virtual private networks in order to evade internet restrictions is used worldwide to get access to restricted information. Russians and Chinese citizens do it all the time to get to banned Western content. In this case, the good intention of the Miami Herald of unlocking content based on geographical location is backfiring. When asked about this, Charles said they are working on finding a solution.

Hopefully, a time will come when there are no restrictions to speech and press freedom left in the world. Meanwhile, we may find a little comfort in knowing that those who are being restricted are actively looking for ways to reclaim their freedoms.