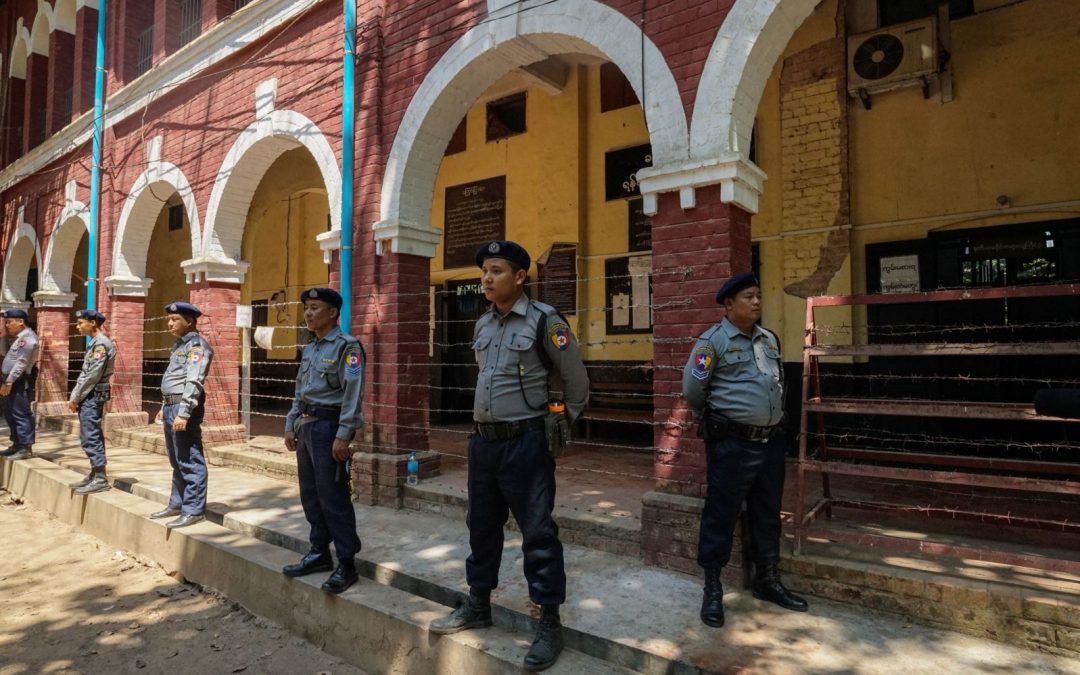 Freedom of the press: one small step forward, two huge steps back

On almost the same day, two events happened in two countries in the lowest half of Freedom House’s global press freedom index, Russia and Myanmar.

On August 30, Alexander Sokolov, a former investigative reporter at RBC, an independent business news outlet based in Russia, was released from prison.

Sokolov’s trial, conviction and jail term had little to do with his profession. He was charged with “conspiring to organize an extremist group” under the infamous article 282 of the Russian criminal code. Sokolov and three other men did indeed form a group called “The Army of People’s Will,” and attempted to hold a referendum for greater accountability of Russia’s authorities. Sokolov was sentenced to 3.5 years of prison, but got out earlier, thanks to a new law that counts each day spent in pre-trial detention as a 1 ½ days toward the prison term.

But, given Russia’s poor and still declining human rights record, Sokolov was doubly endangered, both as a journalist and as a politically active citizen of a country where human rights and press freedom are both constitutionally protected but rarely enforced.

So, while his early release might seem like good news, journalists in Russia continue to face many challenges, ranging from brute physical assault to economic intimidation. A precarious market situation leaves their publications vulnerable to financial pressure by both the state and its powerful allies. For example, 7×7, a local news website in the north of Russia was recently fined 800,000 rubles (approximately $12,000,) which is equivalent to an entire month’s budget for a small independent publication in Russia. The crime? The website published an interview with a pro-drug decriminalization activist.

Press freedom globally suffered a heavy blow three days later, when two Reuters reporters in Myanmar were sentenced to seven years of prison, ostensibly for violating state secrets, which turned out to be not to secret after all, and were planted on the journalists by a police officer. Myanmar’s military dictatorship uses vaguely worded laws and shaky evidence — just like in Russia — to silence reporters uncovering its crimes.

Reuters’s Wa Lone and Kyaw Soe Oo were reporting from the killing fields of Myanmar’s state of Rakhine, the site of one of the world’s most recent ethnic-cleansing catastrophes in which the military violently purged the people of the Muslim minority, the Rohingya, from the region. At the time of the reporters’ arrests, they were investigating the massacre of 10 Rohingya men by the Myanmar military.

What is especially disheartening in Wa Lone and Kyaw Soe Oo’s case is the Myanmar authorities’ refusal to budge even under considerable international pressure. Governments, including the United States, issued stern statements condemning the sham trial, while media professionals around the world have launched an awareness campaign. Even though Myanmar authorities’ actions have been widely condemned globally, they refused to back down and release the journalists.

Unfortunately, the Myanmar reporters’ case does not exist in a vacuum. It sends a strong message to despots and dictators worldwide that you can get away with blatantly violating your own commitments to freedom of the press, intimidating reporters to silence unfavorable coverage and sending them to jail on sham pretext.

While Myanmar still scores higher than Russia on Freedom House’s Freedom of the Press rating (83 out of 100 points, 100 being the lowest, for Russia and 73 for Myanmar), Wa Lone and Kyaw Soe Oo’s case will undoubtedly sink it lower, as it also sends shockwaves around the world.