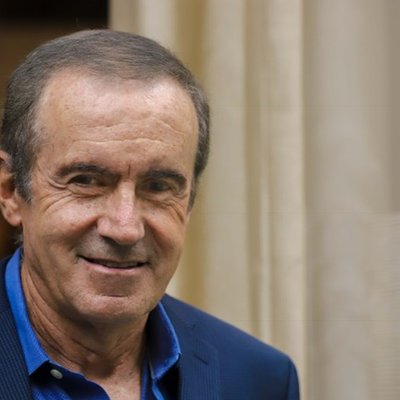 How to be a good journalist during ‘a chaotic administration’ 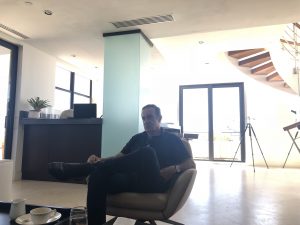 Forty-two years ago, he was a young journalist from Buenos Aires who left Argentina to travel around the United States as a fellow of the World Press Institute (WPI). But, after not being able to return to Argentina during the 1976-1983 military dictatorship, he decided to stay and work as a journalist in America.

The sun hits the pavement on the Ocean Drive, in South Beach, Miami, Fl. Andrés Oppenheimer, one of the most prominent Latin American journalists, a writer, and syndicated foreign affairs columnist for The Miami Herald and El Nuevo Herald, was sitting in the middle of the living room of the The Netherland building, in front of the Atlantic Ocean.

His column “The Oppenheimer Report” appears twice a week in The Miami Herald and is replicated in more than 60 newspapers, including the paper that I work for – La Nación. He and The Miami Herald team won a Pulitzer Prize in 1987, for a series of stories that uncovered the Iran-Contra scandal.

Since 2012, he is the anchor of the tv show “Oppenheimer Presenta” on CNN En Español, where he analyzes key Latin American and world issues. In his career, he has conducted several interviews with American presidents, including Donald Trump before his election. 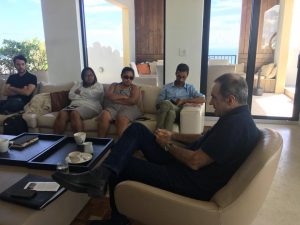 The Argentinean journalist during the meeting with WPI in Miami

What do you think of your experience in WPI?

WPI was amazing. I liked the diversity of opinions of the people that we met. The fellowship was a great experience, a quick course of all the things that this country represents, to try to understand it better.

How does it feel to be a journalist in America since Donald Trump’s was elected president?

For the first time in my career, I have very few contacts with the White House. I have always had very good sources, like many other journalists. Now with President Trump it’s much more difficult. He considers journalists to be “enemies of the people.” Access to White House sources is very hard if you are not a Trump supporter. We usually invite the White House press office for an administration official to expose the president’s view on tv, but most often they don’t even answer our emails.

What is your opinion of President Trump?

All the populist leaders flourish and thrive in times of economic growth and prosperity. Trump is not an exception. He inherited a growing economy and a declining unemployment rate from President Obama, and he is taking credit for the good times. A huge part of his popularity comes from the continuing growth of the economy that he inherited. The attacks on the media are also something typical of populists. Trump does it, like Hugo Chávez did it in Venezuela, Rafael Correa in Ecuador and Cristina Fernández de Kirchner in Argentina. We Latin Americans have a great advantage over U.S. journalists when watching Trump. For them it’s a new phenomenon, but we have seen different versions of this movie several times before…

And how do you get information?

The information is mostly on the president’s Twitter account. His team is as much isolated from his decisions as we journalists are. They are often contradicted by their own boss’s tweets. After 40 years of covering politics in the United States, I can say that I have never seen such a chaotic administration before. 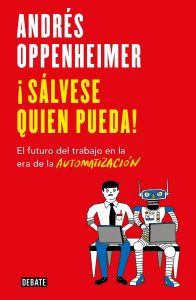