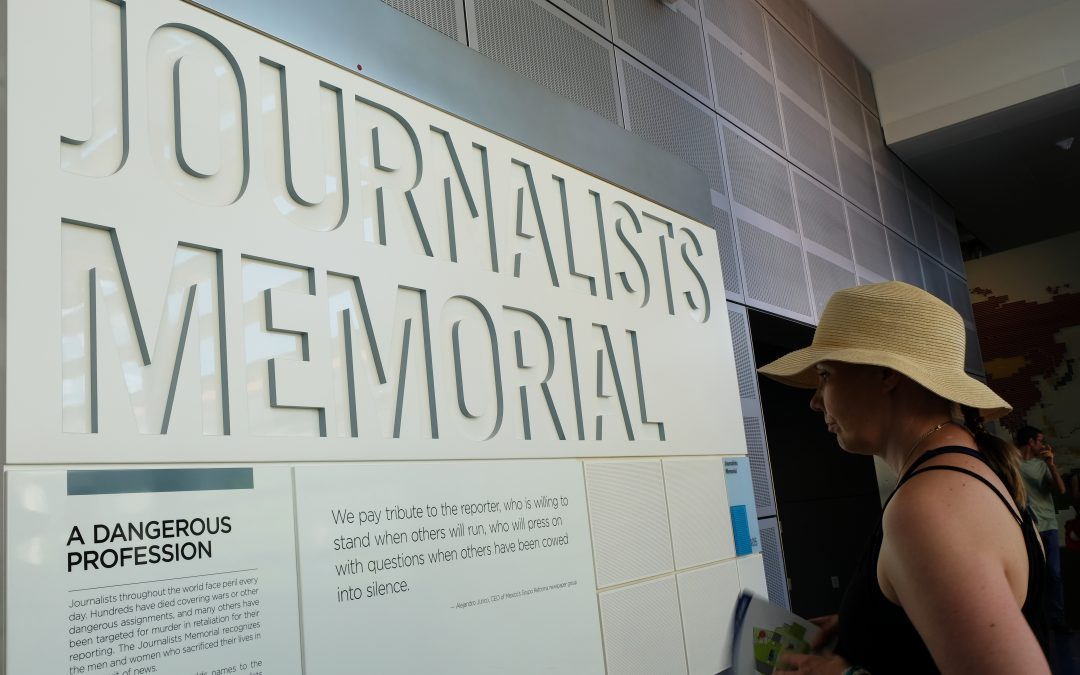 If Myanmar has a Newseum of its own, it could help educate people on the value of a free press, a cornerstone of democracy

I went to visit the Newseum recently in Washington, D.C.  It is an interactive museum that promotes free expression and the First Amendment to the U.S. Constitution, while tracing the evolution of communication.

The seven-level museum has 15 theaters and 15 galleries. In its Berlin Wall Gallery is the largest display of sections of the wall outside Germany. The Today’s Front Pages Gallery has front pages, updated daily, from more than 80 newspapers worldwide. Other galleries present topics including the First Amendment, world press freedom, news history, the 9/11 attacks, and the history of the Internet, TV, and radio. It opened in 1997 and moved to its current location in 2008. Inside the Newseum, you will also find newspapers from the 17th century to nowadays.

On the third floor there is a two-story glass wall etched with the names of more than 2,300 journalists from all over the world who died while covering the news — including Kenji Nagai, who was shot to death in Myanmar during the 2007 Saffron Revolution.

I don’t know how the museum collected the names to put on that Journalists Memorial, but after talking about this with other World Press Institute fellows, I’m pretty sure the number of journalists listed on the glass wall should be even higher. 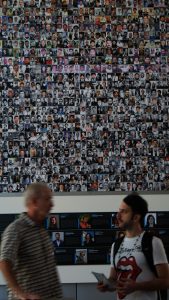 And there is an exhibit about war correspondents, including American photographer James Nachtwey. Watching James’ interview, I recalled working together with him during the conflict over Myanmar’s jade mines, a subject that was totally off-limits to foreign journalists.

On the fifth floor is the exhibit about the 9/11 attacks. Newseum has a souvenir shop with stuff related to the press. It has a place to play press-related games that give knowledge of the press to the younger generation. A $25 ticket to the Newseum is good for two days. Actually, one day is not enough to learn everything, for sure. 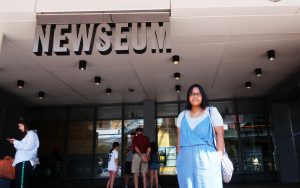 Freedom of expression is directly proportional to democracy.

In my motherland, Myanmar, freedom of expression is a tiny plant that has just barely begun to take root.

In the weeks since I arrived for my U.S. visit, a Myanmar court has sentenced two Reuters journalists to 7 years in prison. After they began investigating some killings in 2017 of Rohinga Muslims, the government said they violated the Official Secrets Act. This threatens the freedom of expression. This threat means limiting the people’s right to access information.

Sadly, most of the people in Myanmar are happy with the charges against the two Reuters journalists. Some people even said that they deserved more punishment.

These two journalists have been sent to prison for collecting information for their news organization and doing their jobs professionally. But the government intentionally sued them under the Official Secrets Act and made many people think that the two are traitors.