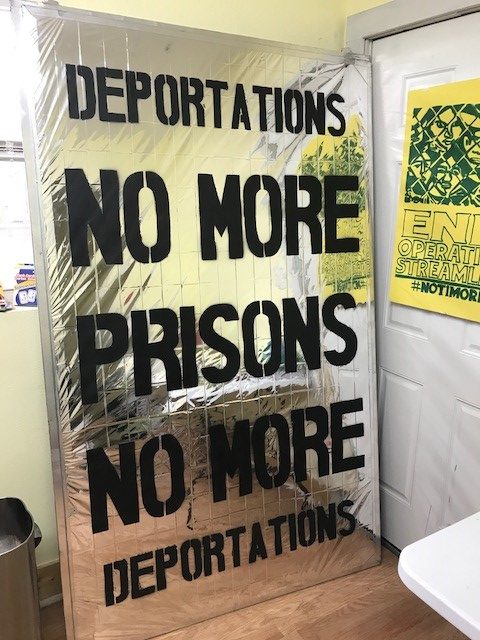 In desperate need of middle ground

I just spent a few days in Austin, the capitol of Texas. It is a great city with a relaxed and interesting vibe. It is also a living example of the contradictions of modern-day United States. During our few days in the city, we saw everything from a variety show at a gay club to a Trump supporter rally in front of the capitol with openly carried guns and all.

As Lawrence Wright writes in The New Yorker: “Texas represents so much of modern America—the South, the West, the plains, the border, the Latino community, the divide between rural areas and cities—what happens here tends to disproportionately affect the rest of the nation.”

That’s why it was very interesting to have the chance to talk about immigration issues with people with opposite views on the matter. During our travels, I have come to understand that immigration is one of the most important policy issues in the United States at the moment. It is also one of the most difficult and tangled issues, and Texas is in the front line.

Meeting with Matt Mackowiak, the Republican chair of Travis County, was especially enlightening. Macokowiak saw the situation around undocumented immigrants as extremely polarized. On one side the Democrats are talking about full amnesty, and on the other side the Republicans talk of deportation – on both sides, passions are burning.

“Deportation is extreme, but amnesty is extreme too,” Mr Mackowiak said. “The question remains: what to do with the 12 million undocumented immigrants in the USA.” He thinks the current immigration situation is a mess and the heated politics around them are leading nowhere. “It’s very difficult to do anything in the middle,” he added.

I agree with Mr Macowiak that finding a middle ground that both political parties can live with is imperative. It is the only way to fix the current situation. Macowiak had a few suggestions:

1. A legal status for undocumented immigrants (with no criminal backround) already in the country and some kind of pathway to citizenship.

2. Amnesty for the “Dreamers,” a.k.a. undocumented immigrants who came into the country as minors.

From the outside looking in, it’s clear to me that American politicians should come up from their battle trenches. Immigration issues aren’t black or white, and handling them calls for compromise.

Two things are undeniable: One is that the United States needs immigration, because the migrant workforce is essential for economic growth. Immigrants also keep the demographics of the country healthy as they are generally having more children than older Americans.

The other point is humanism. People entering the United States illegally are usually fleeing from horrendous conditions, often even death. We are all on this same globe and we must have compassion for each other.