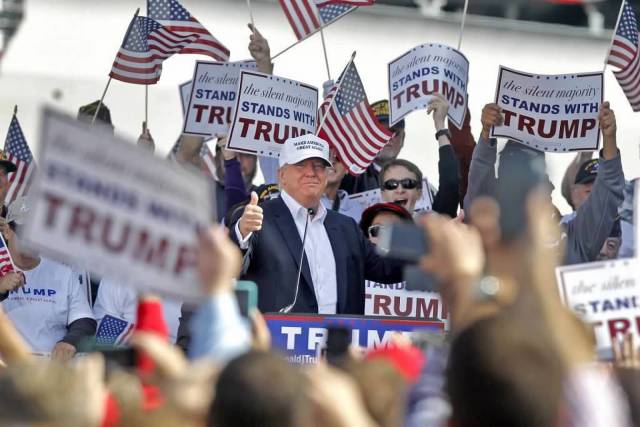 In Minnesota, Donald Trump May Sound Like Jesse Ventura

Minnesota has had its own Donald Trump-style candidate. Jesse Ventura, a Vietnam veteran, former wrestler, former radio talk show host and former actor, was elected governor in the 1998. Like Trump, Ventura was a non-traditional candidate, more an entertainment figure than a politician.

According to David Schultz, professor at the Department of Political Science of Hamline University, both Trump and Ventura campaigns “spoke to or represented a plurality of voters who felt or feel that the two major parties did not adequately represented their interests”. “Both were born with distrust of the status quo, with a belief that the government was corrupt,” says Schultz, in an e-mail interview.

The distrust mentioned by the professor flourished among similar kinds of voters. “In both cases the core constituency of them were white males lacking a college education who felt that the political system no longer represented them.  Ventura, and to some extent Trump, have broadened that original coalition but their core is Caucasian males,” says Schultz.

There are some differences, though. Professor Shultz mentions that Minnesota state laws make a third party candidacy easier than it would be in the case of the national election laws for president. Besides, “Ventura came to rise at a time when the Minnesota economy was doing very well and one could say that voters took a chance with him seeing that perhaps that government was not important and that perhaps there was nothing he could do to hurt the economy,” says Schultz.

The Ventura government also could have some parallels with a possible Trump administration. In the beginning, according to Professor Schultz, “Ventura hired excellent people regardless of their political affiliation and he created a good bipartisan government”. In the third year of administration, however, the retired wrestler seemed bored with the job.

“Ventura never did his homework, followed advice of his staff, or stayed engaged,” says Schultz. In his view, Trump has to avoid that. “Ventura thought he could insult everyone in the state legislature to get his way and he did not understand the importance of compromise. Trump needs to learn that too. Finally, Ventura failed when he took the media for granted,” says the professor.