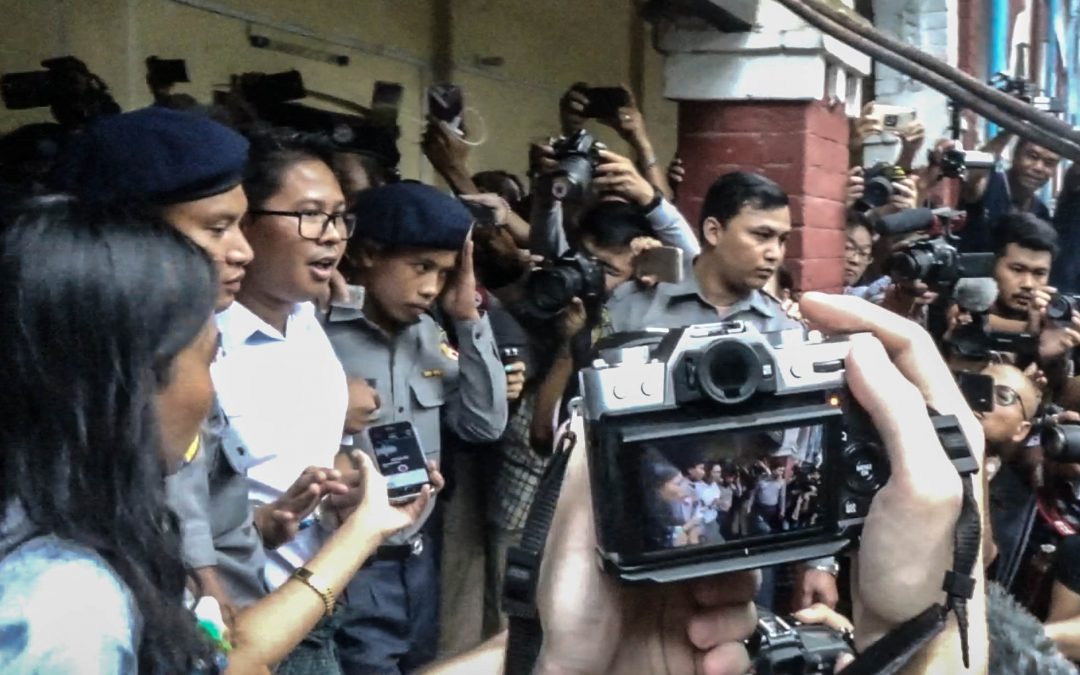 In Myanmar, you have 100% chance to be arrested for being a journalist 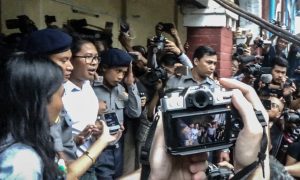 September 3 became a historic day for Myanmar’s media when two Myanmar journalists who worked for Reuters were sentenced to seven years in jail for breaching a law on state secrets.

The two journalists were found guilty because they were found to have contact information stored in their phones for armed members of non-signatory ethnic groups, as well as last year’s schedule of the Pope’s visit to Myanmar, official documents related to Myanmar Vice President Myint Swe’s visit to the western state of Rakhine, and plans for the development of an island off its west coast for tourism.

After the verdict, many Myanmar Facebook users criticized the decision on the social media outlet. Myanmar has a population of over 50 million, and 20 million of those use social networks, especially Facebook. In contrast, many other users were urging the government to sentence the two reporters to death.

And only a few members of the international diplomatic community, media and civil organizations spoke against the verdict in support of freedom of expression.

On this day, I was in Washington, D.C., as a fellow with the World Press Institute program. After one month of the fellowship program, I have learned much about how and why the United States maintains strong press freedom and freedom of expression.

Why? In large part, because the media plays an important role in acting as a watchdog of the government. For example, during the Vietnam War, the media uncovered the Water Gate case – the scandal that ended up bringing down President Nixon and essentially forcing him to resign before being impeached. The media was protected by the Constitution under the Freedom of the Press Act, and the independent judiciary system.

In the Myanmar journalists’ case, the media that published the news and the journalists arguably did not violate the official secret act, because they did their professional job to show the truth to people.

In both the Myanmar and the United States’ cases, the journalists were doing their job to investigate potential government wrongdoing, and ultimately protect the citizens in so doing.