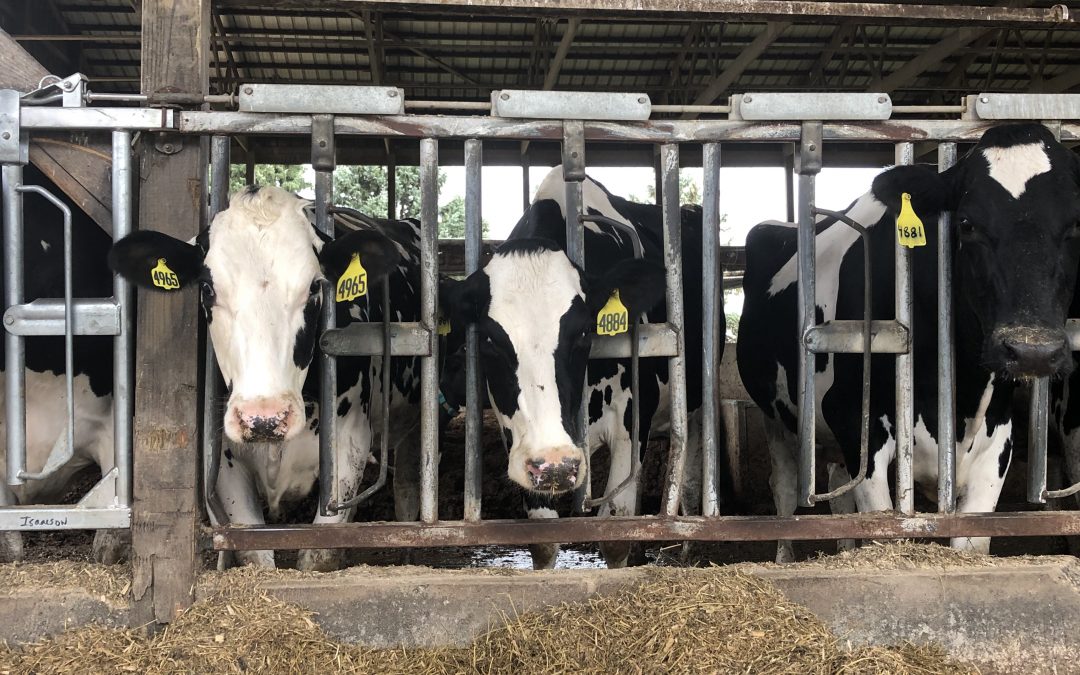 It takes an app and a family to run a farm

As we spent a couple of days in rural southern Minnesota, the scale and size of what Minnesotans call “an average family farm” surprised me: 180 dairy cattle or 500-acres. In my home country Romania, that is officially considered a large farm. That is a large farm even by Food and Agriculture Organization’s standards, the UN’s agency working to fight world hunger, that dedicated 2019-2028 to family farming, as a means to achieve the Sustainable Development Goals.

Even more surprising was the very non-negotiable business side of these farms, where everything is carefully planned, weighed and measured, and no detail is left out.

The farmers feed the cattle twice a day. They control what and how much each animal eats. They know how much CO2emissions each will produce and how to get that even lower. They milk them with pumps. They have apps that tell how many steps the cows have walked, how long they have been standing and when they’re ovulating. They will artificially inseminate them with the right genes to get the maximum amount of milk. They will DNA-test the calves.

Once they get into the barn, the cows only leave it to go to the slaughterhouse. They don’t eat grass on the pasture and don’t roam around freely. Farmers know exactly how many days they will have them for, what weight they will sell them at, and how to get there. The only thing they don’t know is the exact price they will get.

The cows don’t have names and the farms don’t have employees. An app and three full-time family members are enough to cater to a 150-head dairy farm, a 997-head beef cattle and hog farm or a 1,800-acre grain one, for example.

The family farms in Romania have up to 20-30 cows that eat as much as they can on the pasture, and usually up to 80 acres, that grow a mix of grain, corn and vegetables. The work would be shared with neighbors or daily laborers. No apps or $500,000 combines. The vegetables would be preserved for the winter and the excess sold to the local market. The milk would provide cheese for the extended family or go to the big dairy processor. Most of the food they eat would be produced in house.

It’s a very idyllic picture, but also a very vulnerable one. The small scale Romanian farms operate at is precisely what can save them if they are quick to convert to more high-end niche products – or bury them. On the other hand, the challenges Minnesota farmers face are both local and universal. It’s climate change and trade deals, but also “imitation dairy products” people are more and more fond of, like almond or soy milk, or stricter state regulation that come with higher costs, such as soil testing or treating the waste water that up to now went directly into the fields. With large-scale production come large-scale problems, including huge debt owed to buy the equipment or the land.

Unfortunately, no large-scale solutions are in sight for now. The farmers in Minnesota we visited seem to be waiting to see what happens. They cannot really fight climate change, or overproduction and tariffs. And they can only try to tackle state regulation and labeling of products. Until then, they will continue to control and measure day after day.