Journalism in the Trump Era: A Russia Perspective 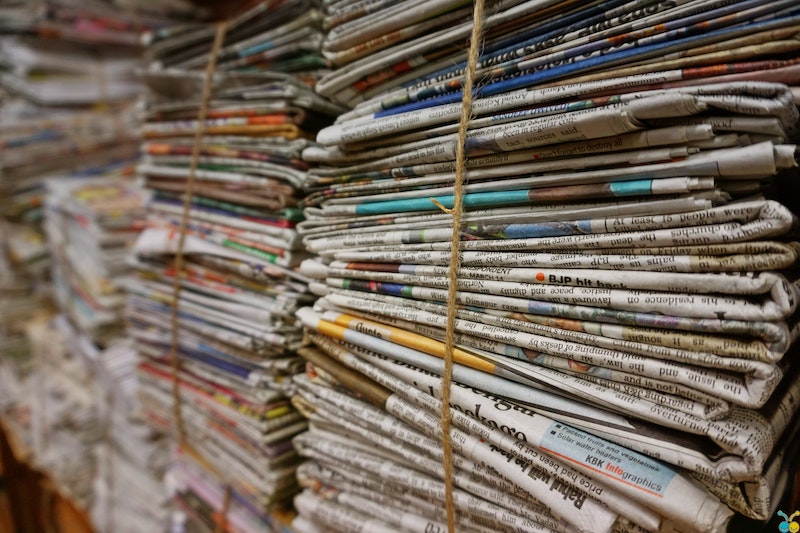 It’s an established fact that almost everywhere in the world it’s increasingly dangerous and difficult to be a journalist. In 2017 alone, according to Committee for Protection of Journalists’ data, there have been 46 attacks on media professionals who were targeted precisely for being journalists.

Even those who don’t face an immediate danger of being arbitrarily arrested or assaulted on assignment or having their offices firebombed, are finding it increasingly hard to cope with the mutually exclusive economic and political pressures, while still providing a public service.

That said, it would be shortsighted not to admit that at least some of these wounds are self-inflicted. Take, for example, the diminishing trust in the media, not an exclusively American phenomenon or a Trumpian one — although, of course, the U.S. president’s constant verbal attacks aren’t helping.

Polls in developed countries are registering a trend that will be difficult to reverse: in Germany, Sweden, France and other Western headliners, levels of the public’s distrust in their media are crossing the 50 percent threshold. Journalists in Russia  faced similar hostility well before Vladimir Putin’s ascent to power — and newer generations of reporters are  dealing with the repercussions of their older colleagues’ decision to join the hyperpartisan political wars of the early 1990s. As a reporter in Russia, I often hear my interviewees or sources tell me derisively “you people in the media sell yourself to the highest bidder and report what your rich owners tell you to!” It’s hard to argue when some 20 years ago, as well as now in many occasions, that was indeed the case.

In the U.S. today, hyperpartisanship on cable TV is on full display as well. To an outsider like me, CNN and Fox News are indistinguishable: the line between news and opinion is increasingly blurry and the same talking heads are using the same decontextualized factoids to prop up a cause or a candidate.

Both the media and their audiences are sinking deeper into their own isolated bubbles, and the 24/7 breaking news cycle isn’t helping. It’s an uphill race against unwinnable odds: you  must get the news out faster and faster until the pace becomes simply impossible.

When I was a senior editor at RIA Novosti, Russia’s largest national news agency, an employee was measuring the speed of delivery of breaking news against two other major newswires, Interfax and TASS. Sometimes we beat them and were rewarded with bonuses, sometimes we lost. But how much fact-checking or balancing can one do in the fraction of a second it takes to win or lose? No wonder even the biggest players in the industry regularly fall for the most ridiculous hoaxes that would’ve taken a minute to fact-check.

In Russia, where political censorship exacerbates the commercial pressure from the publishers, some publications have come up with solutions of their own, such as extreme specialization. For example, Mediazona, an independent online outlet singularly focuses on covering political trials and police brutality, and managed to attract two million monthly users to its website — not a small feat for a single issue outlet. Also, they survive exclusively on reader subscriptions and donations, making Mediazona a rare success case. Mediazona’s monthly subscriptions have just peaked at 850,000 rubles a month (around $12,500), which  barely cover costs but makes them more or less self-sustainable. Plus, their supporters aren’t confined to a single political movement or cause: injustice is a blunt weapon that doesn’t look at the colors you are wearing.

We at Coda Russian, the Russian sister website of Coda Story, an international nonprofit newsroom, have made a conscious decision to get rid of breaking news altogether. For one, it’s pointless to compete against giant state-owned media conglomerates, and it’s just too easy to fall for the allure of clickbait populism. Instead, we’re focused on investigative features spread across several formats for more efficient delivery (e.g., in-depth articles, videos, Q&A, etc.) While we can’t expect the same numbers as celebrity rumor mills, we still earn a decent readership and have won a national media award for our coverage.

Our cases may be special and our future hazy, but one thing is clear: we, the media, are in the middle of a global crisis, and at least some of it is our own fault. We’ll do ourselves and the public a favor if we at least recognize it and look for solutions instead of picking sides in unwinnable wars.