Journalism is an increasingly dangerous job, but at what cost? 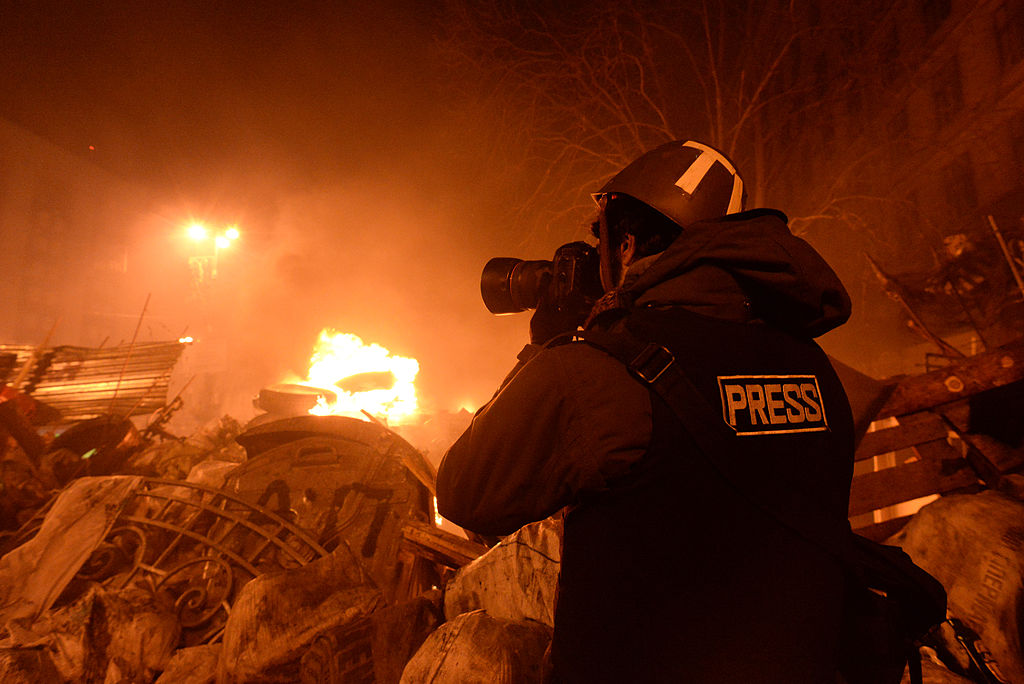 A recent tragedy that shook the Russian media world is raising uncomfortable questions about who funds journalism and who is accountable for the results.

On July 31, terrible news sent shockwaves across Russia and beyond its borders. A team of three investigative reporters from Russia were murdered in cold blood while on an assignment in the Central African Republic, a country in equatorial Africa locked in perpetual conflict.

The team included Alexander Rastorguyev, an acclaimed documentary filmmaker, Kirill Radchenko, a cameraman, and Orkhan Dzhemal, a veteran war reporter, all of whom were shot point-blank at a checkpoint some 100 miles outside the country’s capital Bangui. The circumstances of their deaths remain unclear, and separate investigations by Central African and Russian authorities are in progress.

At this time, all we know is the team was dispatched to one of the most dangerous places on Earth to investigate a mysterious private military company allegedly sponsored by Evgeny Prigozhin, a fabulously wealthy man with close, albeit never publicized, links to Russian President Vladimir Putin.

Reporters in eastern Ukraine, Syria and other hotspots of Russian interests have spotted the so-called “Wagner Group.” The Wagner Group allegedly is helping the Central African government, which barely controls any territory outside the country’s capital, restore peace in exchange for access to the country’s rich mineral resources. However, Russian authorities vehemently deny the Wagner Group exists.

What is raising increasingly uncomfortable questions among Russian media is the role of the project’s donor, Mikhail Khodorkovsky. An exiled oligarch who now lives in London after serving 10 years in a Siberian penal colony, Khodorkovsky funds an array of media projects, from straight news and investigative journalism to political satire on social media. One of Khodorkovsky-sponsored projects, the Investigations Control Center, hired the three reporters murdered in Central Africa. As private messages and emails from the failed Central African investigation project are emerging, it’s becoming increasingly clear that reporters were sent on a foolhardy mission to one of the most dangerous areas of the world with haphazard preparation and little, if any, involvement of regional experts.

For reference, none of the three Russians spoke French, or were aware that their English would be of little use in this Francophone part of Africa. They failed to recruit a skilled security expert on the ground or a trusted guide. In short, the reporters were doomed from the start — and the man with a vested interest in their mission had failed to provide them with security, which he, once one of the richest men in Russia and the world, could definitely afford.

A sponsor’s vested interest in funding a media project is an important aspect of this tragic story. A vocal opponent of Putin, Khodorkovsky uses his own considerable wealth and media resources to undermine the Russian president at every opportunity. Exposing a powerful ally of Putin as a predatory plunderer of one of the poorest countries’ natural resources arguably would be in the public’s interest, and his own.

Prigozhin runs his own media empire — one part of it is the infamous “troll factory,” also known as the “Internet Research Agency” for which its alleged owner was indicted in the United States earlier this year — and his outlets are staunchly pro-Kremlin. In effect, this is a battle of two extremely powerful and rich people in which reporters struggling in a precarious job market are the collateral — now in a tragically literal sense.

And while the question of whether Prigozhin’s mercenaries are indeed present in Central Africa and whether they were involved in Khodorkovsky’s reporters’ deaths, the exiled oligarch is struggling to deflect mounting blame for his own lack of responsibility. Until now, Khodorkovsky’s line was that he was only funding the investigative project and had no editorial involvement. A few days ago, however, he did accept a portion of the blame, while dumping the rest of it on the editor of the project, accepting his resignation and dissolving the project itself.

Reporting from conflict zones is the most dangerous of all forms of journalism. In 2016 alone, according to the Committee for Protection of Journalists, 26 media workers were killed while reporting from war-affected areas. Reporting from these areas also is one of the most resource-demanding, because media often have to travel to far-off parts of the world with little or no amenities or infrastructure, with expensive equipment in tow.

So people doing arguably some of the most important and dangerous jobs in journalism are caught between the public’s fatigue and the publishers’ reluctance to invest in coverage that may or may not (and probably won’t) bring them as many pageviews as political commentary or celebrity gossip. Which is why freelance war reporting is an almost extinct profession these days. It barely pays the reporters’ expenses, while exposing them to literally mortal risks.

So, it falls to people like Khodorkovsky, Prigozhin and other self-interested magnates or governments with an agenda (see Iran’s Press TV or Russia’s RT previously known as Russia Today) to fund what is undoubtedly a public service. It’s also clearly a precarious, ultimately untenable arrangement that needs to be reviewed as soon as possible — before more of our colleagues die on the job without the necessary local knowledge, infrastructure or ethical support.