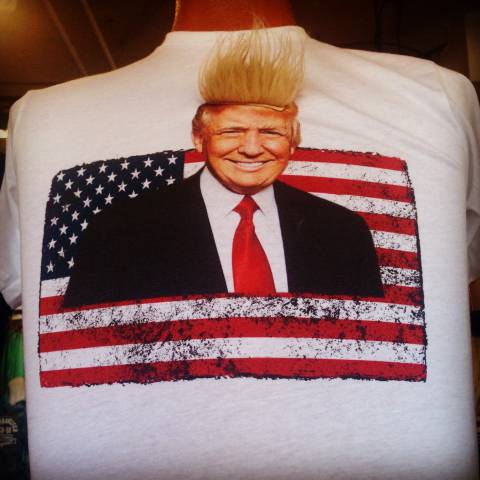 Killing me softly with your choice

It seems that America embraced the epileptic seizure, the cause of which – Trump. Media shudder from each declared stupidity of Republican, for Democratic candidate – Hillary Clinton – goes trembling. 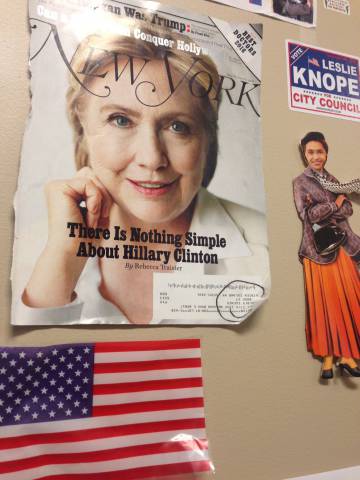 Why do Americans have to choose between the lesser and greater evil? Why do you need to trust fate, future of your country, to the person you hate less? Even for 4 years.

“Trump is a jerk, but I will vote for him” – said Stanley Hubbard, founder of Hubbard Broadcasting Corporation. Should one choose a new president with that attitude of mind? Since when smart, experienced and deeply versed politicians like Hillary, frankly are inferior to show-men? I do not know what choice will make Americans, but it is unlikely they will have a charismatic and intelligent president in-one, like Obama, B.Clinton and Kennedy. But it is needed to choose one. I will NOT be surprised if the economy curve of the country will go down with any of the candidates. But with Hillary, obviously, the United States will be kept in plus, with Trump – will fall into the abyss with infinite minus. What strikes me is not that Republicans have put forward the candidacy of Trump, but that he is supported by Americans, many of them I have met personally.

And I dipped in 2010. Ukraine faced a choice: Yulia Tymoshenko and Viktor Yanukovych. Lesser evil there was a lady Yu. The candidate of the “Party of Regions” – the worst in our history, to elect him as president – means to disgrace the face of our country. Why? Because Yanukovych is the thief in law, slippery ghost, thick Casper, Carlson, joke and clowning, for which, unfortunately, many Ukrainians have voted. Not me, but living people voted for him. Yanukovych successfully undermined the reputation of our country in the world and run into the arms of Moscow (in which we were no longer needed and were looking in the other direction). Yanukovych was a businessman, and it seemed that small and medium business at his presidency should flourish; instead many people were without business, refusing to cooperate with the president, with his people. For many business have become unsafe in our country.

What happened next? Maidan, revolution, escape of Yanukovych to Russia, Putin’s annexation of Crimea, War in the East of Ukraine …

Not right candidate in due time chose France. The presidential elections in 2002 received wide international resonance and were marked by a scandalous sensation. Surprisingly, the main rival of acting President Jacques Chirac, Prime Minister of France, socialist Lionel Jospin did not pass the second round, giving away in the first round to the ultra-right candidate, leader of the National Front Jean-Marie Le Pen. It is the second time in the history of post-war France, when the left were defeated in the first round of presidential elections. Le Pen has got a reputation for racist and demagogue. Le Pen stood for protection against crime and France strengthening in the international arena. His program included provisions for the removal of illegal immigrants, limitation of voting rights of foreigners, abolition of the automatic acquisition of citizenship. For lack of better, the people of France mobilized against the nationalist Le Pen (in the case of the United States – Trump) and supported the “lesser evil”, in this situation – Jacques Chirac (a la Clinton). While Chirac was at the helm, France’s relations have deteriorated, especially with the United States, as Paris did not want to take part in the military operation in Iraq.

But example of other rarely affects its own decision. In the United States people are ready to step on its own rakes. “Trump is disaster for our country, but he is so good for my business”, said the professor of University of Miami Joseph Uscinski. “Trump is a man who does not know what to do with force, power that can dump on him. It scares me.  But with his coming to power, talks about conspiracy will be increased. For me it is a leap in the career. I earn on this topic a lot of money”. These at first sight simple and clear arguments and help to get ahead of the opponent in the presidential race. 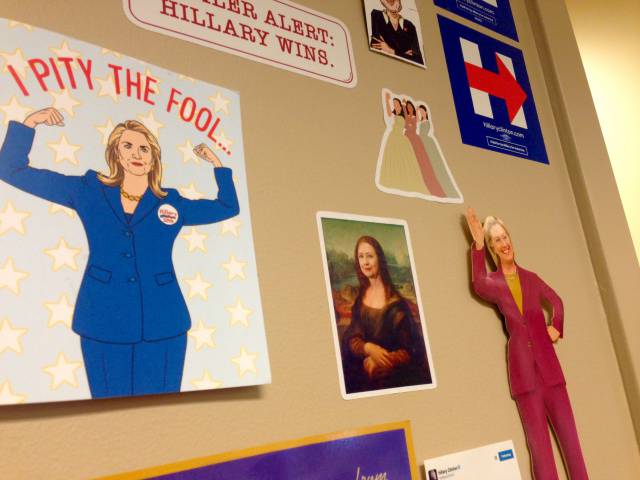 6 weeks before the election, someone is still in doubt. Americans tend to vote for their party, not even feeling any sympathy for a candidate.  What the Americans dare: crazy and unpredictable Trump or smart and clever but uncharismatic Clinton?