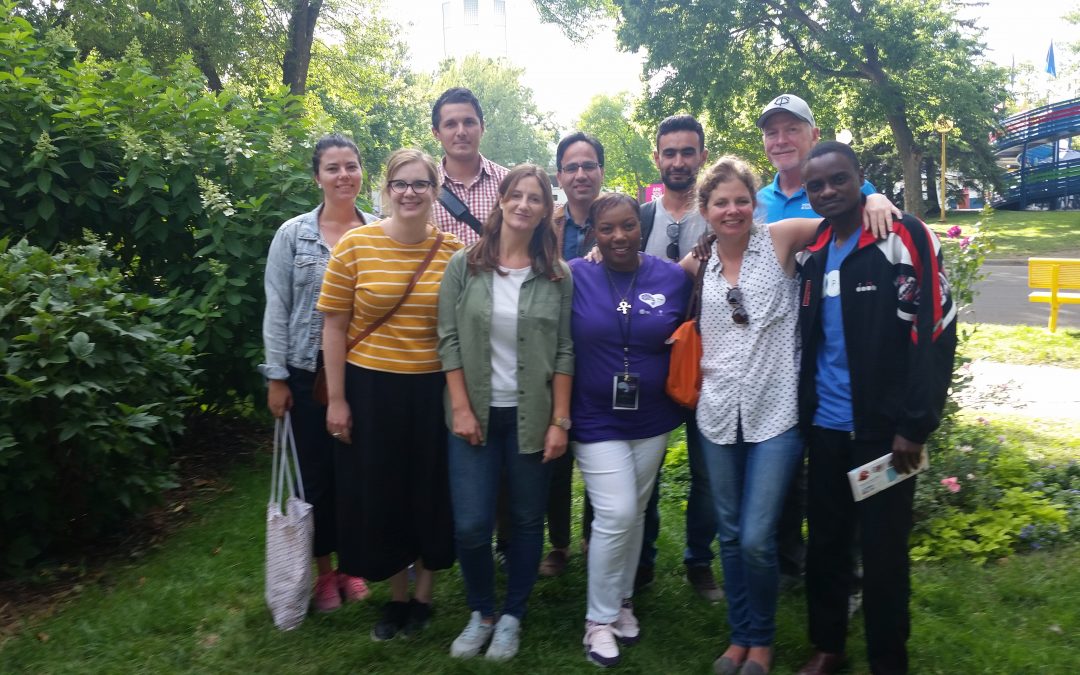 Lessons to take back home

This year I have had the opportunity to visit America as a World Press Institute Fellow. When an email this spring confirmed my selection to the program, I couldn’t believe it. But it was real.

I am a journalist from Uganda, a country famous for the worst record of press freedom, where attempts to conduct independent political reporting and analysis have been met by increasing government threats, intimidation and harassment.
My goal was to make a positive change. The WPI Fellowship program sounded as if it could help.

After two months in the United States, my expectations about the program turned out to be right. The program has shaped me to become not only a better a journalist but also a better leader.

As a WPI Fellow, I was put in an environment very unlike what I was used to, which inspired me to challenge myself in order to make the most of my experience.

From the lectures at the University of St. Thomas in St. Paul and at many other campuses that we visited, and in newsrooms, civic organizations and think tanks across the country, I paid attention and asked questions.

I got the chance to listen to, engage with and learn from great leaders, policy experts, analysts and academicians on a wide range of topics from climate change, nuclear threats and security to governance, rule of law and democracy.

I also could interact with senior journalists and media managers and know about the qualities that made them as effective as they are. Among other things, I would ask: What’s the one piece of advice you’d give to aspiring journalists?

The first answer I got was, “Anyone who’s aspiring should stop aspiring and go and do it. Meet people, make contacts, practice your skills, and work.” This stood out for me.

I lead a team of 16 journalists as editorial manager at Life FM, and also am chairman of our local media organization, the Tooro Press Association. This puts me in a better position to share what I have learned from this fellowship with a number of journalists back home. But what to say?

First, I’d tell aspiring journalists to open their mind to the way journalism is changing. The media industry is being shaken to its core by the Internet and uncertainty over distribution models. This is affecting the very idea of what it means to be a journalist. In the short term, the best thing any aspiring journalist can do, from what I have learned, is ensure they are multi-skilled. Today, it isn’t enough just being able to write well. You also need to understand how to record good audio, edit it, record video, edit that too, and interview and publish in all these various formats.

If a potential editor can see that you are familiar with various forms of multimedia publishing, then you’ll have a big advantage over the crowd lining up for that job. This also puts you in a better position to stand out, communicate to different audiences and compete favorably in the marketplace.

I have also learned the importance of putting our egos aside and working together as journalists irrespective of the media houses we work for. It is irritating, probably intensely annoying, to see journalists fighting each other over a story or a news source. It is more common in newsrooms in Uganda than I think it is in the United States and could partly explain why the news media here have made great strides.

Another take-home is the power of podcasting. We don’t do a lot of podcasting in Uganda out of concern that it takes too much time and money to come up with a good product. But from what i have learned, podcasts are the way to go now and do not actually require bigger budgets.

“You can do a very good podcast in a short period of time and with a very small budget. That’s how we started” Said Al Letson, host of “Reveal,” a podcast of the Center for investigative reporting.

“With podcasting, journalism has an opportunity to tell a story via audio media and reach a new and growing world of listeners. Podcasts are relatively easy and inexpensive to produce,” said Samara Freemark, Senior producer for American Public Media’s “In the dark” podcast.